Last week President Biden labeled Russia’s President Vladimir Putin a war criminal. If he was looking for proof, he’d only need a few minutes in Mariupol.

Since the first bombing almost three weeks ago, besieging Russian forces have relentlessly shelled this city of 400,000 people. It is a barrage of death, indiscriminately raining fire on maternity wards, apartment buildings, theaters and homes.

As a humanitarian aid worker, I thought I had seen it all. I am writing this from Kyiv, surrounded by destroyed apartment buildings and rubble. But according to stories told by those who have escaped from this beseiged town, Mariupol is far worse. I've spent the last week speaking to survivors, those who have escaped after more than a fortnight of incessant shelling.

Ivan, a Mariupol resident and Red Cross volunteer, says conditions are beyond the point of dire. "It is impossible to stay here, all houses are destroyed, there is nowhere to hide — no water, no light, no food, no medicine." There are only three Red Cross representatives left inside Mariupol. "But no one can do anything," says Ivan.

Olga, a 35-year-old woman I spoke to, was a month ago only worried about growing her beauty salon in the once-bustling port city and the increasing independence of her 19-year-old son. Today, she recalls the sensation of being thrown back nearly 2 meters by the force of an explosion. She talks about the black plastic bags that cover the heads of dead bodies on the street. In a world where shells fall incessantly from the sky, it is the only dignity afforded the dead.

Olga tells me of the faces of the elderly, who peer out of their windows. Many can’t move from their apartments, so they will sometimes ask passerbys for food, for a piece of bread. She thinks about how many are just waiting to die because there is no food.

She remembers the aftermath of mortar bombs hitting a bread line, which attracted so many people desperate for food. Blood, arms, legs. Other survivors talk about people showing up in shelters with no hands and no arms, covered in blood.

A building destroyed in Kyiv, Ukraine, taken by Amed Khan.

The horrors are just starting to spill out. Some footage has found its way to the outside world, but even basic communication is a challenge. Mobile phones and telephone lines stopped working about 12 days ago. No aid is getting in and few people are getting out.

Olga led a 10-car convoy out of her gutted hometown, miraculously dodging hidden landmines and swerving round the dead bodies that riddle Mauripol’s main roads. Of the 10 cars, only 8 made it. Her brother and all his kids are still in the city. She doesn’t know if they’re OK, or when she will hear from them next.

WHO CHIEF: ACCESS TO MARIUPOL, OTHER BESIEGED AREAS OF UKRAINE NOW 'CRITICAL'

"Everything started on the 24th. On the 25th, the electricity was cut. On the 26th, hell started," she says.

I’ve spent a large portion of my life in war zones, helping refugees in places like Afghanistan, Iraq, and Syria. I’ve frequently been there when conflicts peaked and I’ve unfortunately witnessed the very worst of humanity. But while war zones are inherently cruel, few are designed like Mariupol — aimed to inflict maximum human suffering, to be Putin's funhouse of terror. 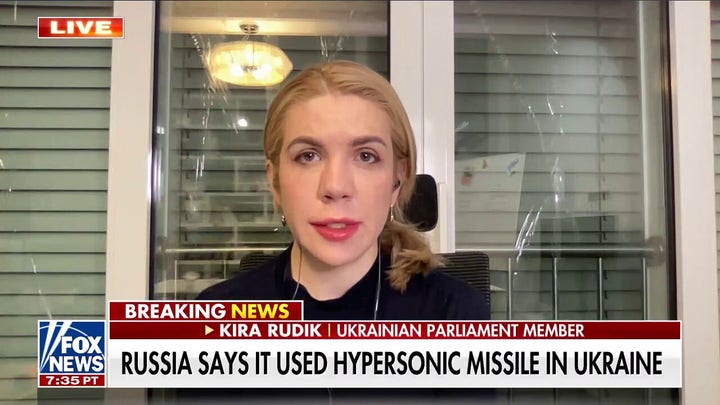 Putin's use of sweeping terror tactics is no accident. The targeting of civilians in mass bombing campaigns is designed to force Ukraine's population into submission, to convince residents in larger cities like Kyiv that resistance is futile and will only lead to total devastation and huge death tolls.

This is a playbook the Russian dictator honed in Aleppo, the Syrian city Russian forces levelled in 2016 in their brutal intervention to prop up the regime of Bashar Al-Assad. I saw this at first hand - the bunker buster bombs dropped on buildings specifically to exterminate whole families, the kids picked off by snipers on their way to school, the way that hospitals were the key targets of Russian attacks.

These are all war crimes of course, but Putin got away with it in Syria. Europeans kept buying oil and gas from the Kremlin. Obama promised to intervene and then when the 'red line' of chemical weapons use was crossed, he bottled it. Putin drew the obvious conclusion that America was too weak and divided to confront him - and the stage was set for Ukraine.

Biden is due to visit Poland this week, and President Zelensky of Ukraine has invited him to meet in person in Kyiv. Biden should accept the invitation. This time America must not stand by as the Russians inflict terrible suffering on an innocent population.

Unlike the Syrian rebels, Ukraine can defeat Putin -- but only with our help. Otherwise, he will destroy the entire country, city by city.

In that case, Mariupol will only be the beginning.

Amed Khan is a direct action philanthropist. Most recently he helped evacuate  and relocate thousands of at-risk Afghan allies. He is the founder of Elpida Home which sheltered refugees in Greece during the European refugee crisis and is a former U.S. government official.