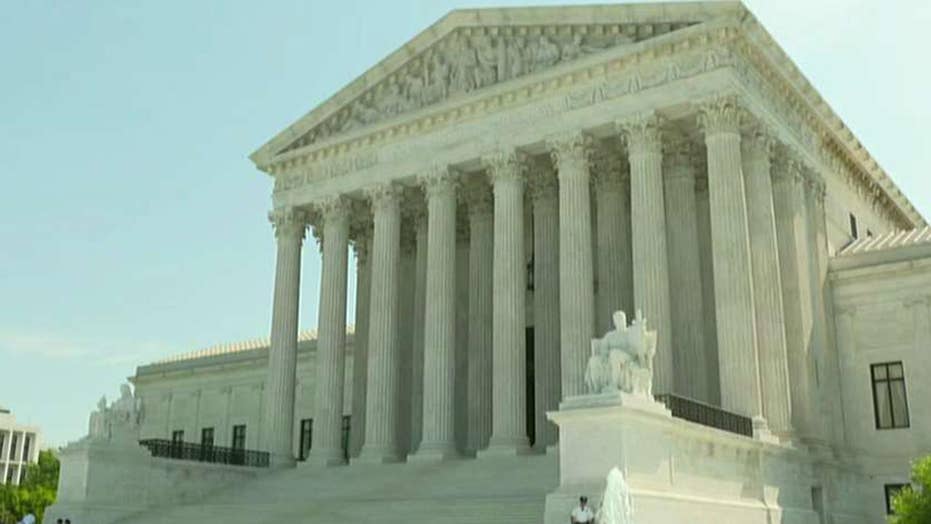 Supreme Court cases that may be impacted by Kavanaugh's vote.

Republicans are ecstatic and Democrats are livid about Brett Kavanaugh’s Senate confirmation as a Supreme Court justice. But while the Supreme Court is important, many Americans tend to exaggerate its powers.

Democrats still firmly control the nation’s district courts and circuit courts of appeals, where virtually all federal judicial decisions are made.

Even if Republicans keep control of the Senate in the Nov. 6 midterm elections, the balance of power on these courts isn't going to change in the next two years.

The Supreme Court grants oral arguments to about 80 cases a year. The nation’s highest court decides another 50 cases without hearing oral arguments.

By contrast, the circuit courts of appeals handled 51,832 cases in the 12-month period ending March 31.

Consequently, the circuit courts – not the Supreme Court – have the final word on 99.75 percent of all cases. The lower-level district courts handled 363,000 cases.

Whether you care about immigration, gun control, abortion or other hot-button issues, the circuit courts and district courts are where most of the work occurs.

The Supreme Court generally limits itself to only those cases where there are conflicts between the different circuits. And neither Kavanaugh, Justice Neil Gorsuch, nor Chief Justice John Roberts are likely to overturn long-established precedents.

Indeed, Kavanaugh and Gorsuch – President Trump’s earlier appointee to the high court – were even co-authors on a book about honoring judicial precedent.

Republicans may be happy about confirming 26 circuit court judges so far under President Trump – but they still have a long way to go.

The U.S. Circuit Court of Appeals for the District of Columbia is often referred to as the nation’s second-highest court. Because all federal agencies are headquartered in and around the nation’s capital, this court oversees their decisions. Democratic appointees have a 7-3 majority on the D.C. Circuit Court, with one vacancy due to Kavanaugh's elevation to the Supreme Court.

The 9th U.S. Circuit Court of Appeals has jurisdiction over California and eight other Western states that together represent over 20 percent of the U.S. population – more than any other circuit court. Again, Democratic appointees are firmly in control, with 16 judges, compared to seven appointed by Republicans.

It is understandable for people to focus on individual judicial nominees or particular courts, but the vast majority of decisions are made by judges who rarely make the news.

Even when conservatives have won cases decided by a three-judge panel in the 9th Circuit Court of Appeals – such as the Peruta decision that said that people have a constitutional right to protect themselves with firearms outside their homes – California appealed the decision to a larger panel of 11 judges in the circuit. This is called an en banc decision.

Not surprisingly, liberals had a solid majority on the panel and overturned the earlier decision of the judges who were assigned to the case.

If President Trump were to fill all existing vacancies on the circuit courts of appeals, the only circuit that he could move from the control of Democratic appointees to even a tie would be the 3rdCircuit Court of Appeals.

If Democrats take control of the Senate following the midterm elections next month, they are promising to bring judicial confirmations to a halt.

Five of the Democratic appointees on the 9th Circuit Court of Appeals are over 70 years old, but to flip the court Trump would have to fill all of the current vacancies and four of these older judges would have to retire.

Nine circuit court judges who were nominated by Democrats are over 75 years old. In a second Trump term, Republicans might be able to flip one of the circuit courts – the 4th Circuit.

It is understandable for people to focus on individual judicial nominees or particular courts, but the vast majority of decisions are made by judges who rarely make the news.

Even if Republicans keep control of the presidency and the Senate for the next six years, Democratic appointees will mostly likely still be firmly in control of most of the circuit courts of appeals in the country.