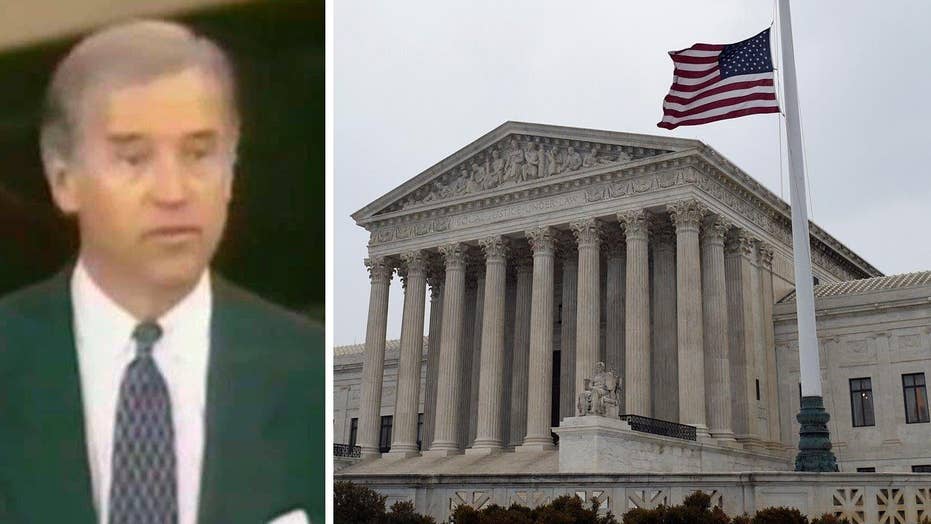 The surfacing of the 1992 video in which Joe Biden urges President George H.W. Bush not to nominate any Supreme Court justices in an election year should silence the Democratic harangue that President Obama deserves to fill the late Antonin Scalia’s seat this year.

Following the discovery of a 2007 warning by Sen. Chuck Schumer against any nominations by President George W. Bush, and efforts to filibuster the Samuel Alito nomination by then-Sens. Obama, Hillary Clinton and Harry Reid in 2006, the Biden video convicts the entire Dem leadership of rank hypocrisy.