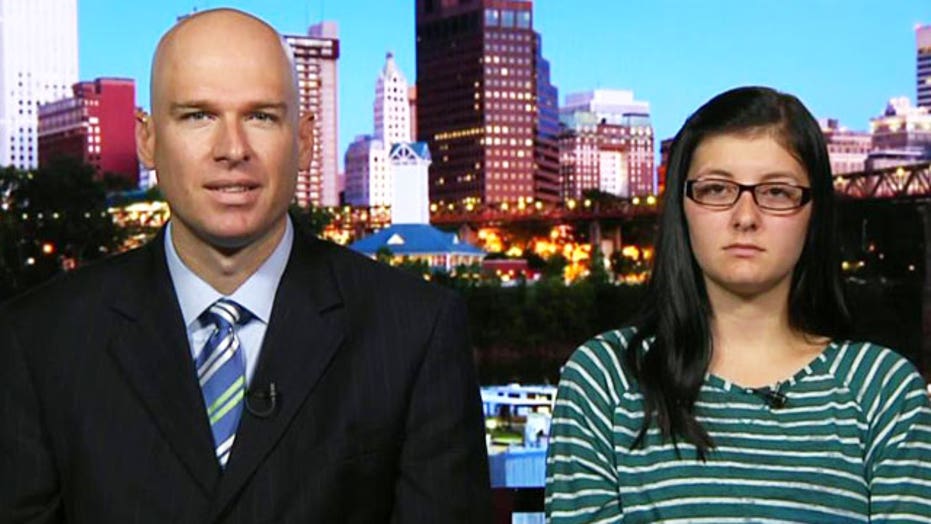 Teen suspended for saying 'bless you'?

Student kicked out of class over controversy

Kendra Turner was brought up right. She’s the kind of kid who says “yes sir” and “no ma’am.”  She was "raised up right," with good manners as they are prone to say around Dyersburg, Tennessee.

So it was not out of character for Kendra to say “bless you” after a fellow classmate sneezed. But that common courtesy landed the 18-year-old in hot water.

Kendra said she was rebuked by her teacher at Dyer County High School and thrown out of class for violating the teacher’s ban on the words “bless you.”

“She said that we’re not going to have godly speaking in her class and that’s when I said we have a constitutional right,” Turner told Memphis television station WMC.

Another student sent the television station a photo taken inside the teacher’s classroom showing a list of banned words. Among the censored words are "dump," "stupid," "my bad," "hang out" and "bless you."

She wrote about her incredible story on Facebook. It was then picked up by the MomDot.com blog and then, as they say these days, the story went viral.

“I stood up and said, ‘My pastor said I have a constitutional right – 1st amendment freedom of speech,’” Kendra wrote on Facebook. “She said, ‘Not in my class you don’t.”

Kendra says she was tossed out of the class and sent to the principal’s office where things apparently went from bad to worse.

“The assistant principal said if I didn’t want to respect my teacher’s rules then maybe my pastor should teach me because my freedom (of) speech and religion does not work at their school,” she wrote.

As you might imagine the school has a very different take on what happened inside that classroom.

“We can’t discuss discipline issues because of right to privacy of students,” assistant principal Lynn Garner told the Dyersburg Gazette. “But I can say there are two sides to every story. Sometimes people spin things and turn them to make them seem one way.”

The assistant principal said Kendra was sent to In School Suspension as a matter of protocol. She was allowed to leave at the end of the class period.

“In this case, this was not a religious issue at all, but more of an issue the teacher felt was a distraction in her class,” Garner told the newspaper.

To be clear – the school would have us believe that a child telling a classmate “bless you” after a sneeze somehow caused a classroom commotion so severe it warranted a punishment? It’s a good thing Kendra didn’t offer her classmate a tissue.

Kendra’s pastor is among those not buying the school’s explanation and he’s taking a public stand in defense of the young girl.

“I believe this young lady,” said Steven Winegardner, the pastor of the Dyersburg First Assembly of God. “Everything she said took place.”

Winegardner told me he’s hoping students will lead a petition drive to force the school to overturn the classroom ban on the words “bless you.”

“Christians have been told to be quiet, to shut up,” he said. “It’s ridiculous. Everybody has a right to their beliefs. I’m glad Kendra stood up.”

Winegardener’s wife told WMC that the teacher had issues with other students using the words “bless you.”

“There were several students that were talking about this particular faculty member there that was very demeaning to them in regard to their faith,” she told the television station.

Every now and then a story will land on my desk that seems too outrageous to be true. And to be certain there are two very different versions of what happened in that classroom.  But I’m prone to believe Kendra, too.

That’s because Tuesday, a school official tried to convince me this young lady was a trouble maker. They were clever with their words – but that was the impression I received.

That same school official told me there was no ban on the words “bless you.” But a classroom photograph proves otherwise.

They said she was not punished. But Kendra’s pastor saw the slip of paper that ordered her to In School Suspension.

For whatever reason, the school will not explain why the teacher has an issue with the words “bless you.”  This one is a head-scratcher, folks. But one thing is clear – religious intolerance is nothing to sneeze at.