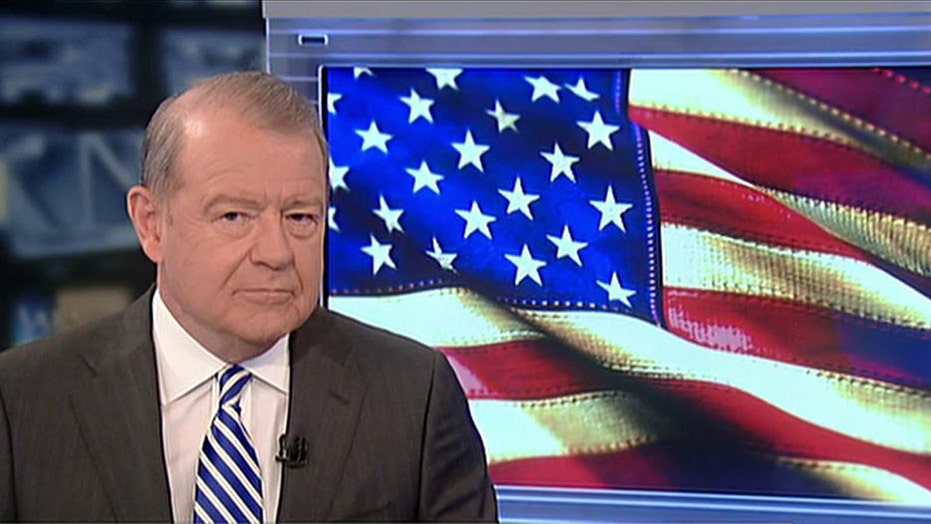 Stuart Varney: Honored to be an American

Last Thursday, I became an American citizen. With immigration a very contentious subject, I want to tell you my very positive immigration story.

Last Thursday was one of the best days of my life. It was certainly one of the most emotional.

I arrived at the federal building in Newark, New Jersey at 9 in the morning. I was in a room with about a hundred other applicants. It looked like a United Nations convention.

There's a lot of waiting -- and then your name is called and you go for your interview.

Everyone has a flag. Everyone is smiling. It is a joyful occasion.

The immigration officer goes through your paper work, and administers the citizenship test.

The last question they asked me was "when is the last day for filing your federal tax return"?  Of course I knew that. April 15th. I passed.

And then there was more waiting. But nobody seemed to mind. We all wanted to be there. It was the happiest crowd I have ever seen in a government office!

Then you're directed to the "swearing-in" room. In comes the Director of Immigration, and right from the get-go, he is smiling and so are we.

This is a celebration. There were 85 people in my group, from a total of 31 different countries all about to become Americans.

You stand for the oath. And officials walk up and down the aisles to make sure you're saying it.

You sing “The Star Spangled Banner,” and “America the Beautiful,” and believe me, there's hardly a dry-eye in the room.

Everyone has a flag. Everyone is smiling. It is a joyful occasion.

Three times a day, 5 days a week, that room is filled with newly minted Americans. They tell me it’s always the same: Tears, and cheers as a cross-section of the planet joins the club and becomes citizens of the United States of America.

Hats off to the Immigration Department. They conducted a ceremony that had great meaning.

It was made clear that citizenship is more than voting, serving on juries or getting a passport. It is being part of an idea, a unique idea, that people from all over the world could come together to live freely under the rules and responsibilities of the Constitution.

I feel honored and privileged to be here. Thank you, everyone.