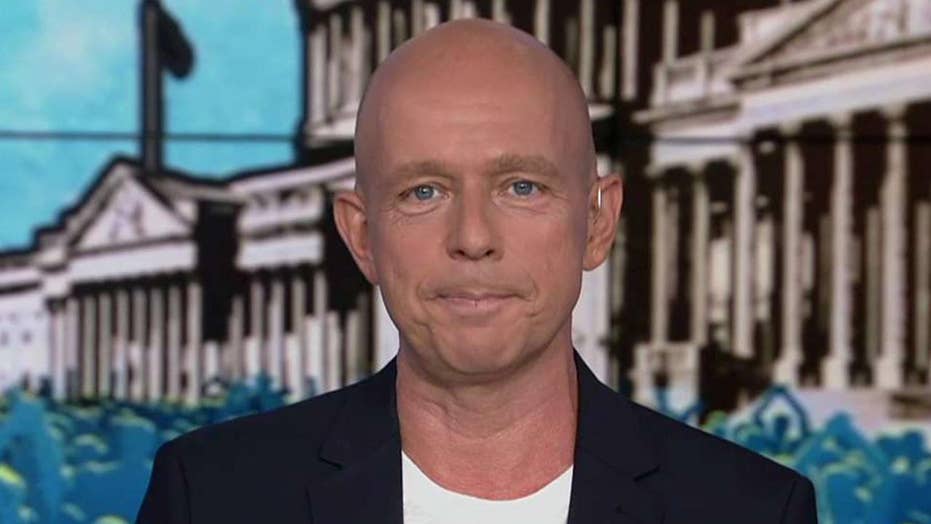 Steve Hilton: We now have a booming economy, but a broken society

President Trump's mission next term will revolve around turning around the issues America currently faces.

Last Sunday, we were reeling from those evil murders in El Paso and Dayton. Not much to be positive about, I said. But we need to try, and that's what I want to do -- to move from hate to hope. To be positive

That's what President Trump did this past week

He set out the widest and most aggressive plans to fight the evil of white supremacy this country has ever seen, putting the full resources of the federal government behind a new effort to root out this corrosive mutation of racism, online and in our communities. He has taken the lead on guns, pushing forward, understanding the nation's demand for acton but also its respect for the Second Amendment. (We'll get to that issue in a moment.)

SANDERS SAYS TRUMP IS NOT TO BLAME FOR EL PASO SHOOTING, BUT THAT HIS RHETORIC 'CREATES THE CLIMATE FOR IT'

On white supremacy, on guns - on the substance, in terms of policy action, -- he was leading us from hate to hope. That's actually what President Trump was doing last week. What were the Democrats doing? They chose hate -- hate directed towards the president and his supporters. They are so intoxicated by their own self-righteousness and sense of moral superiority that I don't think they understand how their rhetoric is being heard.

When they attack President Trump, half of America hears it as an attack on them. The Democrats called the president a white supremacist when he had literally just announced an all-out assault on white supremacy. They called him a racist when he has published an immigration plan that literally calls for over a million new immigrants every year - as long as they come here legally and on merit.

Ben Carson, secretary of HUD, nailed it when he says this: "A racist would not be doing the things that the president is doing, with the second chance, with opportunity zones, with the things that I just mentioned. There are so many things – a racist wouldn’t be doing that. Forget about it. It’s projectionism. I don’t know why people do it. I guess it's political. But if we can stop being politicians and start being representatives of the people and actually deal with the problems they have, I think we can make a lot of progress as a nation."

I so agree with that.

Look, when I hear the Democrats smear Trump supporters the way they did last week, everything in me wants to hit back. But iI won't because I don't want to raise the temperature. I want to lower it. And unlike the Democrats who talk about bringing people together but spend their time driving the nation apart, I want to practice what I preach. Remember: From hate to hope.

Here's how you can be positive in the face of this reckless and offensive provocation from most - but not all - of the Democrat presidential candidates: Don't respond in kind. Don't escalate. Don't tweet. Don't pour fuel on the fire. Instead, make sure you get the ultimate revenge - winning. Don't hate, vote.

Here's how I see it. President Trump inherited a broken economy, and he got it working for those who'd been left behind. We now have a booming economy.

But what we're seeing now is that we have a broken society. And that gives the president his mission for the second term. Mend our broken society -- family breakdown, failing schools, inadequate skills. These problems have been with us and getting worse for decades. But we can turn it around. President Trump can turn it around, with the same energy he applied to our broken economy. So we will bring the hope with positive and practical ideas.

And there's hope for our politics, too. I was at the Iowa State Fair on Friday, and it wasn't just fun but also inspiring. I talked to Gov. Kim Reynolds of Iowa, who's doing an incredible job. And I talked to three democratic presidential candidates who aren't joining in the chorus of hate -- candidates who I don't necessarily agree with, but whose campaigns are positive.

On the gun debate, President Trump has made it clear he wants to see something happen, and he is absolutely right.

"I think a lot of really meaningful things on background checks will take place, including red flags, including a lot of other very important items," Grump said. "I think in the end, Wayne [LaPierre] and the NRA, will either be there or maybe be a little bit more neutral, and that would be okay, too." 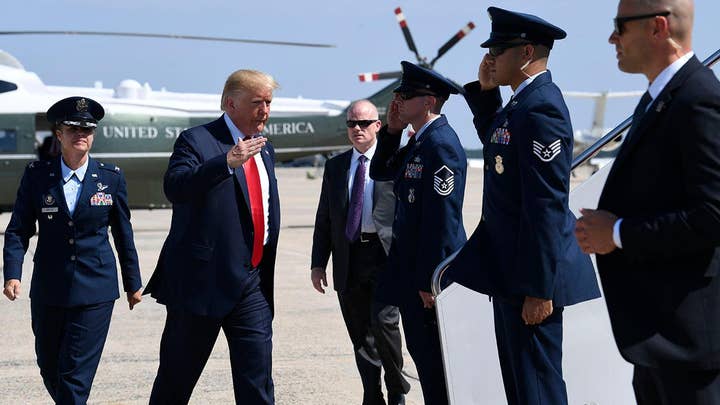 My advice to the president on this: Trust your gut. You know the American people are crying out for change. They don't want machine guns on the streets and in the hands of people who could carry out such unspeakable evil.

Think of those beautiful children --  their lives cut short, their parents destroyed. If you're the president that finally breaks the logjam on guns -- while protecting the Second Amendment -- you won't just guarantee your reelection. You'll go down as a historic changemaker president, up there with Lincoln and Reagan.

So, ignore the heartless do-nothing crowd. There was a sick, repulsive do-nothing editorial in the National Review last week -- the bastion of the Never Trumpers. Ignore them. The Never Trump establishment ideologues were wrong on immigration, wrong on trade, and they're wrong on guns, too.

I said last week that your supporters hate this white supremacy filth as much as everyone else, and if you denounced it they'd be cheering you on. It's the same with guns. Trust your instincts. Your supporters will be right behind you.

Adapted from Steve Hilton's monologue on "The Next Revolution" on Aug. 11, 2019.