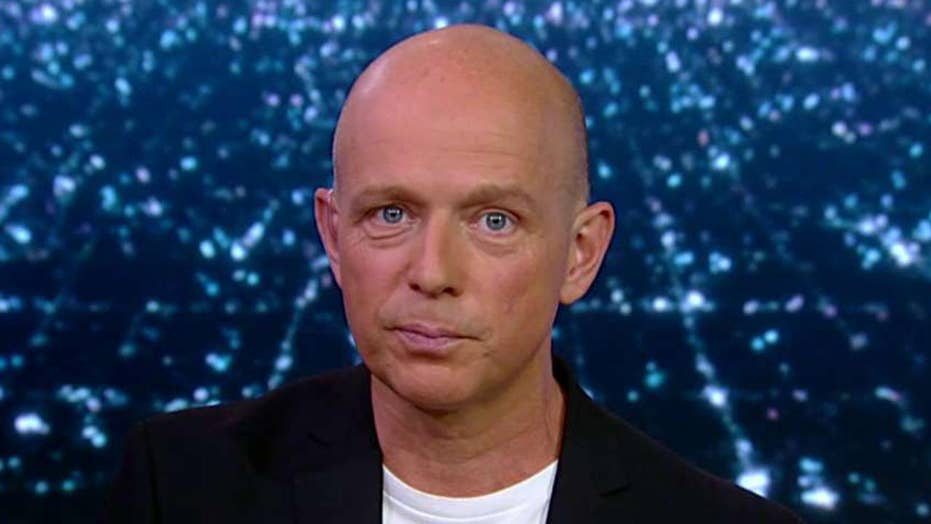 We are living through a historic turning point in American politics. For 50 years, this country was run by an establishment policy agenda shared by both parties, in favor of globalization, automation, uncontrolled immigration and the centralization of government and the economy. In 2016 that consensus was overthrown in the populist revolution led, of course, by Donald Trump on the right, but also Bernie Sanders on the left, which paved the way to what we see today: the Democrats' lurch to the populist left.

That's dangerous for America because the more we see of these new loony left policies, the clearer it is that they'd bring disaster for our economy and society. But it's a danger for Republicans, too, because unless they develop a positive populist agenda of their own, they'll be swept away.

That's because on issue after issue, the populist left is responding to people's real concerns. Americans are right to be angry about inequality. If you're part of the globally-connected knowledge economy elite, your wealth has soared over the last few decades. But for most working Americans, incomes have been flat or falling since the 1970s.

Worse, many millions of responsible Americans who work hard still find themselves in a permanent and precarious state of economic insecurity. For example, a recent Federal Reserve study found that 40 percent of Americans could not afford a $400 emergency expense, like an unexpected medical bill.

In response, AOC's Green New Deal, now backed by most leading Democrat presidential candidates, promises high-paying federal jobs to anybody who wants one. Cory Booker has actually introduced a job guarantee bill, claiming it "would give all Americans a shot at a day's work and, by introducing competition into the labor market, raise wages and improve benefits for all workers."

But the paper that his plan drew from estimated that the total annual cost of a federal jobs guarantee to be over $500 billion! It's obvious who'd end up paying for it – the taxpayer. Which, of course, is all part of the plan for the loony left populists.

Presidential candidate Julian Castro wants to revoke the Trump tax cuts. And Elizabeth Warren is planning a new wealth tax. "We need structural change," she says. "That's why I'm proposing an annual tax on the wealth of the richest Americans."

But these taxes are not structural change. They’re punitive, not positive.

But here's the key political point: Republicans can’t just scream "Venezuela!" about all this loony leftism. You need a positive populist alternative to give working Americans economic security. So, instead of higher taxes on the rich, how about lower taxes on workers? Slash payroll taxes and institute a real living wage. It doesn't make any sense that the federal minimum wage hasn't budged in almost 10 years when the cost of living has only continued to rise.

But in a broader sense, what the left's version of populism gets wrong about inequality and poverty is the superficial way they approach it. Their plans target the symptoms of poverty. We should be aiming at the underlying causes. And one of the biggest is family breakdown.

Census data shows that children living with a divorced single parent are 50 percent more likely to be living below the poverty line, compared to children from two-parent homes. Another study showed that “the fraction of children living in single-parent households is the strongest negative correlate of upward income mobility.”

The left lectures us all the time about believing the science on climate change. Well, it's time they stopped denying the science on family. A child starts life at a steep disadvantage if they come from a broken family. The neighborhood they live in, the schools they attend, even the food they eat - these are all factors that impact childhood development and are affected by household income, which plunges if a family breaks up - or never gets together in the first place.

Here's what the populist left gets wrong about inequality. Americans understand that inequality is the price you pay for opportunity. And they're prepared to pay that price, as long as everyone has access to opportunity. But the reason Americans are so angry right now is that the ladder of opportunity has been broken. Conservative populists need to put the rungs back on that ladder to reboot social mobility.

That means helping families come together and stay together. But, of course, it also means fixing education. In too many parts of the country, our schools are blocking opportunity instead of building it.

Figures from 2016 show that in one-third of Baltimore’s public high schools, not a single student scored "proficient" on the state’s math exam -- not a single one. Another study found that in Chicago, one in four African-American students attends a subpar school. Of course, there are many excellent public schools in America. But they're typically the ones serving neighborhoods where families are already doing well.

A Stanford study found that the gap in standardized test scores between affluent and low-income students had grown by about 40 percent between 1960 and 2007. The proven answer to this is to help children escape failing schools by giving their parents real choice. Of course, the public sector unions hate that, because it's a threat to their power. But instead of backing opportunity, the loony left populists back the unions who block it.

Kamala Harris, Elizabeth Warren, Cory Booker and others are falling over themselves to suck up to their big union donors. What a bunch of hypocrites they are. Railing against the rich and then doubling down on the very system that perpetuates inequality in America - the public sector education monopoly.

The reason Americans are so angry right now is that the ladder of opportunity has been broken. Conservative populists need to put the rungs back on that ladder to reboot social mobility.

Radical school choice should be the next big crusade for conservative populists. And it's one that has the advantage of being truly popular, with 73 percent support among Latinos, 68 percent among whites and nearly the same with African-Americans.

But our education system blocks opportunity beyond high school. And once again, left wing populists have exactly the wrong answer. Bernie Sanders touts free college tuition as every American's "right." No, I think the word you're looking for, Bernie, is "wrong." It's wrong to force every young American, at taxpayer expense, into a cookie-cutter four-year college program, ending in a useless degree that won't lead to a job, but will land them with crippling debt.

The unemployment rate for 16 to 24-year-olds is over twice the national average. And student loan borrowers owe close to $1.5 trillion. But the left wing populists strike a chord when they focus on this issue. So, conservative populists need a positive answer.

It's time for a radical rethink of the whole system. Make it much more open and flexible. Help students focus on their individual strengths. Often that might be a blue-collar career - "the jobs that make civilized life possible," as my guest Mike Rowe put it a few weeks ago.

Give every American the opportunity to thrive in the economy of the future with ongoing, affordable access to skills training from the private sector. Build on the great start made by Invanka Trump and her National Council for the American Worker.

On jobs, on schools, on family - we've seen a decades-long collapse in opportunity. Yes, things have started to turn around, and that's great. But a half century of establishment rule brought deep problems for working Americans, and the appeal of socialism is no surprise when capitalism failed for so many.

That's why it is a huge risk for Republicans to just sit back and hope the loony left populists simply self-destruct. The establishment - it's dead. America's not going back to the corrupt and incompetent Never Trumpers and their swampy counterparts in the Democratic party.

The future is populist. But the question is what kind? The negative, vindictive, top-down centralizing authoritarianism of the left or a positive, people power version of populism on the right -- pro-worker, pro-family, pro-community.

Adapted from Steve Hilton's monologue from "The Next Revolution" on February 24, 2019.