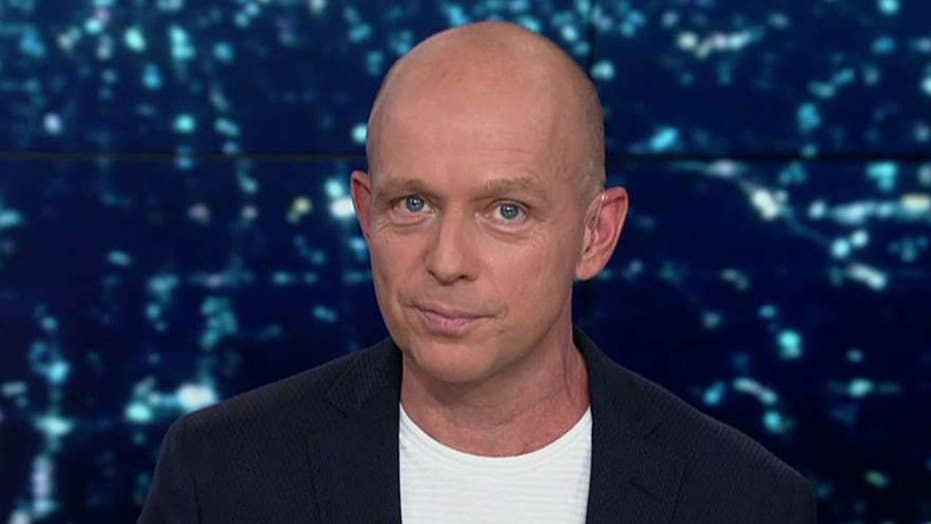 Steve Says: Taking on the 'Never-Trumpers'

A New York Times op-ed caught my eye this week because it somehow included everything the Trump-haters have been saying for the past two years.

A New York Times op-ed by Jonathan Rauch and Peter Wehner caught my eye last week because it perfectly captured the prejudice and hate of the Never Trump Republicans:

"...chaos is consuming the Trump administration... Scandals and corruption besiege the president on every side..."

The authors speculate with relish about, “The discovery of clear criminality by the president or those closest to him… An economic recession… The prospect that he will lead his party to comprehensive defeat in 2020. If some combination of criminality, incompetence or crisis moves the center-right against the president, his end could come quickly.”

These are Republicans, remember!

OK, I know it's just the usual unhinged Never Trump rhetoric. But something about it got me more annoyed than usual.  These people dress themselves up as intellectually and morally superior but in reality, all they care about is style, not substance.

Here’s just one example of what Frum has said: “Donald Trump consistently behaves in ways consistent with Putin having a hold on him.”

But hang on a second. Consider the substance. David Frum was a speechwriter for President Bush who promised to end the “dead ideological rivalry” between the U.S. and Russia and said he found Putin “very straightforward and trustworthy”.

Relations between the U.S. and Russia were much closer under Bush, who did practically nothing when Russia walked into Georgia -- That’s an inaction that even some of Bush’s aides regret.

Meanwhile, on the substance:

- It’s Trump who armed Ukraine to fight against Russian-backed separatists.

- It’s Trump who sanctioned Russia over Syria’s use of chemical weapons.

- And it’s Trump who’s trying to stop the construction of a gas pipeline so European countries aren’t reliant on Russia for their energy.

Those foreign policy geniuses, the Never Trumpers, can't take the fact that President Trump is actually succeeding where they failed. 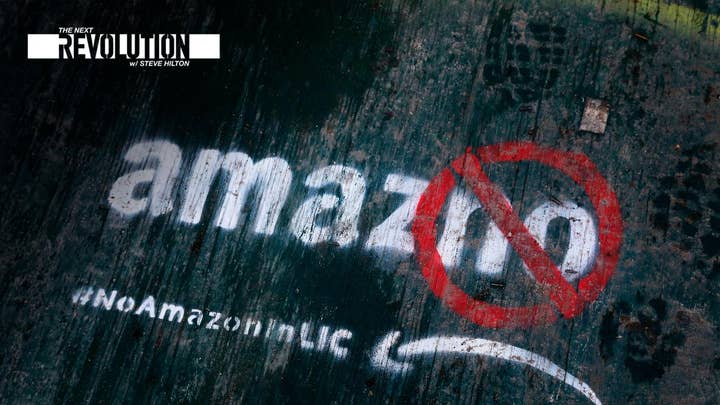 Out of control, excuse me? You could use exactly those words to describe the Iraq War, which Kristol told us would literally last "two months not eight years."

He literally said, "[It will be a] two-month war, not an eight-year war"

Well, he was right that it wasn't an eight year war -- it was eighteen!

According to the Brown University ‘cost of wars’ project, the combined cost of America’s post 9/11 wars has reached almost $6 trillion dollars.

Another study found that about a half million people died in Iraq as a result of war-related causes between 2003 and 2011.

So Never Trumper Bill Kristol defends all of that, but condemns President Trump's decision to pull U.S. troops out of Syria

It’s not an illusion to working Americans, you out of touch idiot! They're seeing the substantive benefits of 5 million jobs added: Low inflation, unemployment at a 50-year low, wages rising for the first time in decades AND GDP growth topping 3 percent after all the experts said that that would never happen again.

The Trump boom is not some kind of cosmic coincidence. It's the result of having a pro-enterprise, pro-worker president in the White House, driving his team and Congress to implement the most pro-growth policy agenda anyone can remember.

But according to the Never Trumpers, the president is some kind of clueless booby. Just listen to the condescending contempt of snooty author and Washington Post columnist George Will:

No, George Will, YOU’VE just lost the argument, which is why you resort to these personal insults. The Bush administration, which you frequently praised, lost over 4 million manufacturing jobs. Meanwhile, under President Trump, the number of manufacturing jobs has risen at the fastest pace for a quarter century.

But the Never Trumpers aren't interested in facts.  All they care about is the chance to do some self-righteous moral preening.

And, here's what she said about the president on Martin Luther King Day just last month:

“He is, in his heart—he would appear to be a racist.”

In 2005 when Nicole Wallace worked for the White House, African-Americans made up almost 40 percent of the federal prison population and the Black unemployment rate consistently hovered at around 10 percent.

President Trump, by contrast, was instrumental in the passage of the First Step Act, which reforms a criminal justice system that disproportionately hurts Black families and has seen the Black unemployment rate has fallen to a record low of 5.9 percent. Yes, but he's still a racist.

Of course, that's the Never Trumpers' favorite insult. CNN analyst Ana Navarro endlessly calls the president a racist over the border wall, which she, of course, is dead against:

“I keep wondering, just how long he’s going to be able to play the same song and the same record. How long can he go back to the wall. I think he thinks it’s a winning strategy for him. I don’t think it is...”

Well, she is dead set against the wall now, anyway.

In 2008, on the other hand, when she was national co-chair of the Hispanic Advisory Council for John McCain... the candidate visited Mexico and said that more border walls are needed.

I’m glad we cleared that up.

On immigration, just as on almost every other issue, President Trump is, in fact, dealing with the decades-long policy failures of the Never Trump Republican establishment

On the facts, they should be praising him. But these snobby elitists don't care about substance. For them, it's all about style.

With pompous self-regard, they see themselves as the guardians of true conservatism against the assault from the barbarian Trump.

Here’s MSNBC’s Joe Scarborough: "He is destroying the Republican Party for years to come."

No, Joe, it's not Trump destroying the Republican Party. It was you and your establishment friends.

It wasn't Trump who lost control of America's borders -- unleashing an explosion of low wage immigration that devastated American workers, families, and communities -- it was Reagan.

It wasn’t Trump who pushed NAFTA, sending millions of jobs overseas, it was Bush.

It wasn't Trump who crashed the economy destroying economic security for all but the rich it was another Bush.

It wasn't Trump who bailed out the bankers, screwed the workers, sucked up to China, failed on North Korea, and killed off faith in the American dream -- it was Republicans and Democrats in Congress and the White House - the decadent, incompetent establishment that the American people are finally calling out for their failure.

Of course, it's true that President Trump makes mistakes, says and does things worthy of condemnation. But this non-stop barrage of hate from the Never Trumpers? I'd take it more seriously if we could just see from them one ounce of self-awareness, of humility, of contrition for their own role in creating the mess that the American people sent Donald Trump to clear up.

Adapted from Steve Hilton's monologue on "The Next Revolution" on February 17.