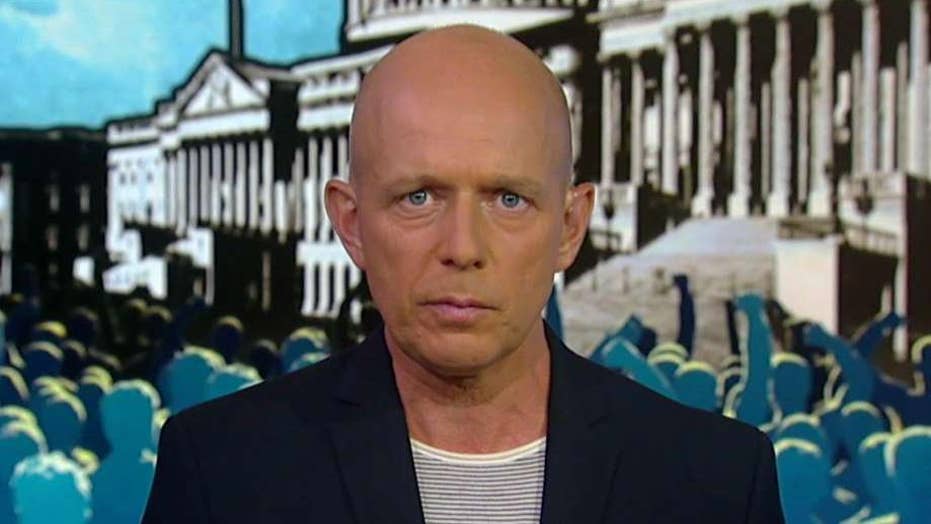 Steve Hilton: After every mass shooting we replay the same unhelpful loop

Every time there's one of these terrible mass murders, we seem to replay the same loop tape. One side screams about the NRA and accuses half the country of having blood on its hands. And then the other half hits back and says, “you don't understand the issue, and you don't understand us.”

That's not going to get us anywhere. Of course, we're not going to solve the problem in a few minutes on “The Next Revolution,” either. But just because you can't solve everything, doesn't mean you can't do anything.

It seems to me that one thing most people do agree on is that these murders are carried out by sick, evil individuals who absolutely should not have access to guns.

So, let's start by focusing on that. Let’s consider policies like red flag laws that get guns out of the hands of those who shouldn't have them. And let's have the conversation in a calm and respectful way.

We now know that the El Paso attack on Saturday was terrorism. The FBI has opened a domestic terrorism investigation and this is what the president said about these shootings on Sunday: “Hate has no place in our country and we're going to take care of it.”

Just as we stood with our Jewish brothers and sisters after those horrific synagogue murders in Pittsburgh last year, so we stand with all Hispanic-Americans now.

Judging by what we're learning about the murders in El Paso, the mass shooting was ideologically driven. It was radical white supremacist terrorism targeting Hispanic people.

Just as we stood with our Jewish brothers and sisters after those horrific synagogue murders in Pittsburgh last year, so we stand with all Hispanic-Americans now.

And as Ivanka Trump said on Sunday, "White supremacy, like all other forms of terrorism, is an evil that must be destroyed."

We've been hearing a lot today about President Trump and his base. Let me tell you about Trump supporters. They are good, decent Americans who love their country, love their community, and above all, love their families.

They are as disgusted by this white supremacy filth as everyone else is. And I know for sure that if President Trump condemns this radical white supremacist terrorism and vows to fight it and defeat it, his supporters will be right behind him, cheering him on.

I'll be talking a lot more about all aspects of the weekend's events on "Deep Dive" on Fox Nation.

But what I want to do now is to focus on something practical and trying to lower the temperature. There's a lot of inflammatory language around, and I think we've got to try and be positive, try and be practical.

And a specific thing I just want to highlight is this red flag policy. There's something very interesting I want to share with you. This was from last year on March 12 from the White House. President Trump got behind the idea of red flag orders that can take guns out of the hands of those people who shouldn't have them.

Let's just be really clear about what the president was supporting here, calling on every state to adopt extreme risk protection orders, directing the Department of Justice to provide technical assistance to states on establishing and implementing them, allowing law enforcement to remove firearms from individuals who demonstrate a threat to themselves or others. And then, very importantly, doing all of this in a way that ensures the due process rights of law-abiding citizens.

This seems to me a very, very promising area for us to pursue, because actually the governor of Arizona, Doug Ducey, is trying to implement a version of this law that actually has the support of the NRA. And I think this could be exactly the kind of practical thing that we ought to focus on.

Adapted from Steve Hilton’s remarks on “The Next Revolution” on August 4, 2019.