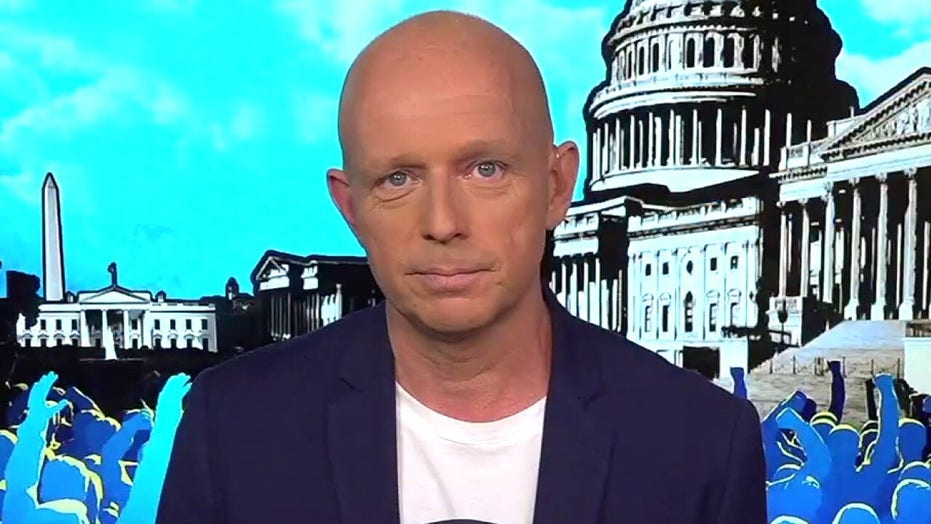 Steve Hilton weighs in on the costs of media misinformation.

Coronavirus is bad enough, so here's the question: Why would anyone want to make out that it's worse than it is?

Rachel Maddow, MSNBC host: America is the largest coronavirus disaster in the world by a million miles.

"By a million miles!" To try and prove that claim, she showed a graphic of cases with a helpful little red arrow to show you just how bad America. It looks really bad, right? Just the worst.

But America's population is bigger than all of those countries put together. Even The New York Times isn't that deceptive. They said a better comparison is with Western continental Europe. And on that basis, it turns out, there are many thousands more cases in countries not run by Trump.

But even that's not the whole picture because the number of cases statistic actually measures the number of tests. So, why don't we compare what really matters - how many lives are being lost.

There's the actual data, Johns Hopkins deaths per 100,000. America has the least bad outbreak of any major country apart from Germany. And as some have noted, if you take the New York metro area out of it, the rest of America is close to Germany.

The media's other constant apocalyptic chorus is about testing.

Chris Cuomo, CNN anchor: It just shows how far we are behind in terms of testing and tracing.

Behind who? We test more than anywhere else by far, over eight million tests to date. It's not even close.

On test per population, we are ahead of South Korea, who the media constantly go on about as the gold standard. And by the way, that's after the initial bungling by the media's precious public sector CDC was replaced by the private sector innovation brought in by President Trump and his team.

It is not just testing, though. The fear mongers in the East Coast media elite, after weeks of solipsistically assuming their experience in New York was the same as everyone else's, are now trying to frighten the rest of America with misinformation about the coming coronavirus disaster in places like South Dakota.

I don't think they've ever paid so much attention to Red State America in their lives. But now, they can terrify people about the looming disease apocalypse for the meatpacking rubes. They're all in.

But I checked the data on the deadliest coronavirus day in South Dakota. Five people died; five family tragedies. But the number was five. Deaths per 100,000 in South Dakota, four. In New York, it's 138. We put them on a chart, and you can barely even see South Dakota.

They said the new head of the HHS coronavirus response team was a Labradoodle breeder.

Chris Hayes, MSNBC host: A Labradoodle breeder is currently running the day-to-day federal government response to a once in a century pandemic at HHS.

Frightening, right? I mean, what an utterly incompetent federal government, putting a dog breeder in charge of coronavirus.

It's not just coronavirus that kills, the shutdown costs lives, too.

Except he is not just a dog breeder. He turns out, once you check the facts, to be an experienced government official in multiple administrations, including in the White House in the Health Department.

Sen. Chris Murphy, D-Conn.: We have to be able to go into hotspots or potential hotspots like nursing homes or prisons or densely populated neighborhoods and be able to test people who aren't showing symptoms.

Yes, senator. And almost two weeks before you said that Dr. Deborah Birx said this.

The worst disaster in the world. The coming disaster in South Dakota. The government is doing nothing. On and on it goes. But it's all a misinformation. And it matters because Democratic leaders take their cue from what they see on their favorite news outlets -- CNN, MSNBC, and all the rest of them. It's a mutual appreciation society.

New York Gov. Andrew Cuomo: Thank you for your reporting on this story. You've done a tremendous service to us all.

House Speaker Nancy Pelosi: Any chance I get, I want to thank you for the beautiful presentation you make about the challenge that our country is undergoing.

Oh, yes. Thank you. Thank you so much. You're so marvelous.

This misinformation, this fear they stoke, it's not just empty words. It has a real world impact -- the human costs of the shutdown pushed by the shutdown fanatics on TV.

If you want to open up, they say, you want people to die.

Chris Cuomo: He is a fan of money first, mortality second.

Pelosi: As the President fiddles, people are dying.

Chris Hayes, MSNBC host The president is now listening to voices on the right that say, "Really? What's a million seniors when you're thinking about the whole economy?"

Ignore the grotesque and gratuitous insult, and just focus on the facts. It's not just coronavirus that kills, the shutdown costs lives, too.

Two senior cadets at the Air Force Academy committed suicide within days of each other after they were isolated. Zach Branson's liver transplant was canceled when he might just have a month to live. Alison Krupnik was set for cancer surgery before her hospital called it off.

In April, 1.4 million health care jobs disappeared. The fear stoked by the establishment media, according to this doctor, has literally killed people.

Dr. Harlan Krumholz, Yale School of Medicine: My hunch is that it may be a good third of the toll of people dying out of the hospital, maybe because of preventable illnesses that are not the direct result of the virus, but actually indirect result of people being fearful about getting care.

Dr. Jeff Tomlin, chief executive officer of EvergreenHealth: People are choosing to stay away, we even found that for stroke and even some of our heart attacks.

And just listen to this doctor.

Unidentified doctor: I'm calling as a clinical psychologist and our percentage of death is way less than 0.01 percent. Our percentage of getting it is a little bit higher, but not much. And we're watching as many counties are, the emotional toll that this virus is taking on people with rising incidences of domestic violence, child abuse, and just the emotional devastation.

Heart attack, stroke, child abuse ... but you know, we've got to keep going with the shutdown. Have your heart attack at home; I'm sure you'll be fine. How bad is a stroke, really? Do you need a doctor for that? Child abuse -- it's a price worth paying.

Here's the real intellectual dishonesty of the fear mongers. They don't even ask whether the human cost of the shutdown is worth paying because they pretend there isn't one. Stopping coronavirus infections is the only an absolute imperative. Nothing else matters.

This is what Santa Clara County Health Officer Dr. Sara Cody said recently. She imposed the nation's first shutdown here in the Bay Area. "If we lift too soon, there's no reason to think we wouldn't have exponential spread. Our whole population is susceptible and at risk."

That is not true. We know from the data that over 80 percent of those infected have mild or zero symptoms. Our whole population is not at risk.

Because of this reckless, manufactured climate of fear, people are terrified of even catching this virus. That's ridiculous. As we've said here from the start, the focus should be on protecting the vulnerable. But no, they pushed fear, and we now have a human catastrophe from the shutdown. 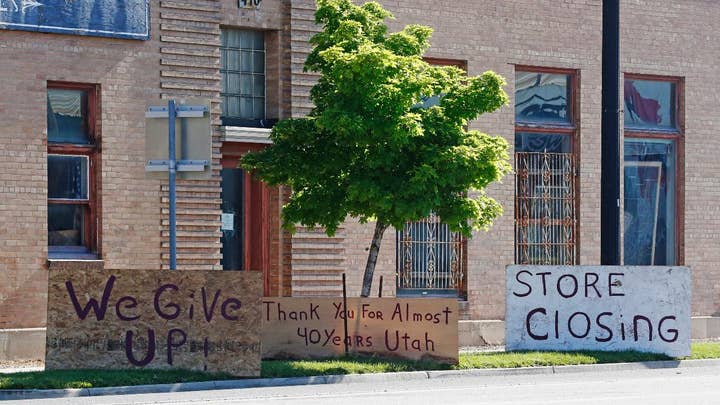 Millions upon millions have lost their jobs, their health insurance, and their hope. Most of them, by the way, the exact same people the moralizing media grand standarders saying they speak for. Guess who has been hurt most by the shutdown? Hispanic-Americans. It turns out their biggest threat wasn't from the racist Trump, but you, the fear mongering media.

I'll give the last word to someone I don't know, but who seems incredibly smart and brilliant at what she does.

Rachel Maddow: If somebody is repeatedly misinforming the American public about important things having to do with this disease, don't broadcast that.

Adapted from Steve Hilton's monologue from "The Next Revolution" on May 10, 2020