Word to the wise, if you’re going to invite the president of the United States to your house for dinner, you really should tell your spouse.

Don’t know if you’ve heard this, but a certain U.S. president was a very big fan of my TV work. According to White House insiders, he watched me every day.

Before he was president, he himself had been on TV, and according to sources inside the White House, I was one of his favorites who worked at his favorite TV channel.

And you thought I was talking about . . . oh, never mind.

STEVE DOOCY: GET 'HAPPY IN A HURRY' WITH GRANDMA BERNDT'S HASH BROWN-CRUST QUICHE

Let me explain: For much of the 1980s I was the feature reporter at the NBC-owned TV station in Washington, D.C., and every day at the end of "Live at Five," I’d have a lighthearted feature report about something amusing going on in our nation’s capital.

Upstairs at the White House late one afternoon, President Reagan saw a funny feature I’d taped with a Reagan impersonator.

The president knew his secretary would love to see it, but she was on her way home, probably in traffic, so he called the White House photographer’s unit and asked them to get him a copy.

But they had not recorded that newscast, so the chief photographer called me at my desk and told me POTUS saw my story and wanted a copy of the tape. He asked if I could help out the West Wing team, and of course, I said I would. 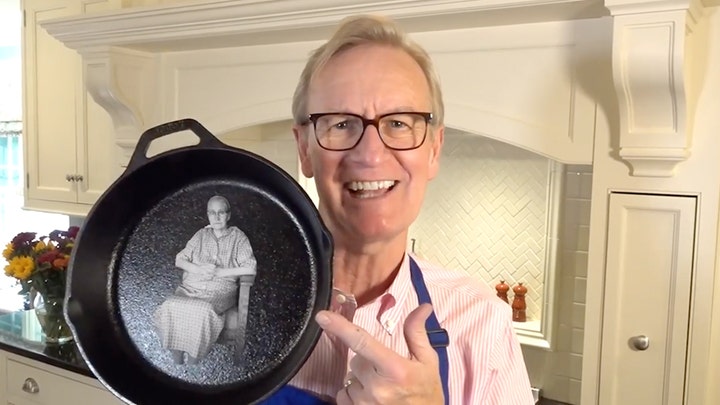 As I hung up the phone I thought to myself, the most powerful person in the world, a former governor and movie star who had famously played George Gipp in the Knute Rockne movie, telling Knute from his hospital bed to “Win just one for the Gipper,”—well, the Gipper wanted a copy of my story!

When I told the tape librarian I needed a copy of the story for the president, he said, and this is an exact quote, “Yeah, right.”

A few days later, on my way home, I buzzed the Northwest gate at the White House and told the guards I was dropping off a package for the president. (They apparently had people dropping off packages for the president all day long, and I was one of the few not wearing a tinfoil hat.) Eventually, I was sent to the press briefing room.

"Do you want to give the tape to the boss yourself?”

Of course, I wasn’t planning on an audience with Reagan, and I was dressed like a 1980s feature reporter, wearing a plaid Madras shirt, no necktie, khaki pants, Top-Siders and no socks. I was dressed for dropping a package off at the loading dock, not placing it in the IN box on the Resolute Desk.

"Give it to himself? Why not!” I said, knowing I would never get that chance again. We turned past the famous blue curtain of the White House briefing room, and a pocket door slid open. I was led toward the Oval. 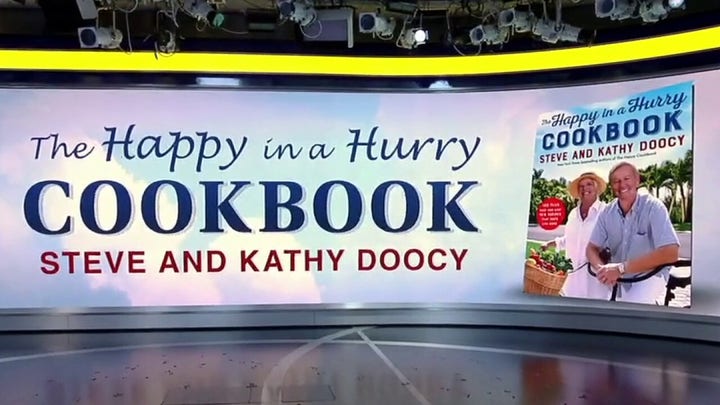 I did not know this at the time, but President Reagan had a rule that a man could not enter the Oval Office if he wasn’t dressed properly in a coat and tie because the room demanded respect.

So as not to embarrass me, President Reagan excused himself from a meeting in the Oval and met me next to his secretary’s desk, where there was no dress code.

I immediately handed him the tape, in case the Secret Service realized a mistake had been made in admitting me and I was tackled by a bunch of burly guys.

I didn’t know if that was true; he was probably just being polite. But my head was spinning as I thought, "I am hanging out in the White House with the president, who enjoys my reports and tries not to miss them. Eat your heart out, Dan Rather!"

Suddenly I realized the president had stopped talking. He’d probably just asked me a question. I couldn’t ask him to repeat it and I had to say something.

Five minutes earlier I hadn’t known I was going to be face to face with the guy who had the nuclear codes in his pants pocket, and I was suddenly on autopilot, trying to make small talk.

"You know, Mr. President, your motorcade goes through our neighborhood all the time, we’re up in the Dove House on New Hampshire. If you’re ever stuck in traffic, come knock on our door . . .”

He smiled, and I instantly realized that was a stupid thing to say, because if there was a traffic jam, it was created by his motorcade—his car is never stopped in traffic.

Moving on to anything else, I went way out on that conversational limb with words I did not expect to come out of my mouth:

“If you’d ever like to sit down with an average American family, my wife, Kathy and I would love to have you and the first lady over for dinner sometime . . . she’s a great cook!” I said enthusiastically, even though Kathy was still learning what all those knobs on the stove did.

"Mr. President, you’re late for your next meeting,” an aide stage whispered, just loud enough for me to know that my time was up.

I quickly realized I could not leave without proof I’d been there.

"Mr. President, nobody at work is going to believe I was here. Could I get an autograph?”

His secretary pulled open a drawer, grabbed an 8 × 10 glossy and a Sharpie, and slid them in front of POTUS, who carefully wrote out, “To Steve Doocy—With appreciation, every good wish & Best Regards, Ronald Reagan.”

He handed it to me as if it were a diploma at graduation, with the photo in one hand and a handshake with the other. Then he turned and went back to running the country.

I showed that picture to my friends at work, and because D.C. is a very leaky town, one of the local papers called me the next day to ask about my chat with the commander-in-chief.

That item ran the next day, and when Kathy read the story, her reaction was unexpected.

"Wait—when were you going to tell me you invited the president to dinner at our house?”

"Yet?” And with that, Kathy started the just-in-case planning of a State Visit to our one-bedroom walk-up condo.

"I don’t know if you’ve noticed, but our plates don’t match,” Kathy started. “Our table seats two—where will you and Nancy sit? Look at this room—we don’t have curtains!

Word to the wise—always tell your significant other if you’ve invited someone to dinner, and that’s especially important if they will arrive with an advance team, food tester, bomb dogs, and a nuclear football.

"Do we have to feed the Secret Service guys? What if he brings Kissinger and his wife? Isn’t she a vegetarian? I need a new cookbook!”

Having the assets of NBC News at my disposal, I asked somebody in research for Reagan’s favorite foods.

It turned out that he loved comfort foods, like meatloaf and soup, but his favorite seemed to be macaroni and cheese.

Married less than a year, Kathy could make mac and cheese—from the blue box.

At that point in history she was great at exactly one recipe—lasagna, she made it on our first date and at the end, I predicted we’d be married. (That’s why today we call it "Engagement Lasagna").

“Lasagna is kind of like mac and cheese,” I remember she said. “Lasagna noodles are macaroni, and it’s got cheese. So, I’m making lasagna. Now let’s figure out an appetizer . . .”

Kathy would make the lasagna and serve it with a green salad, crusty bread, and a white cake from Larimer’s in Dupont Circle that she would personally festoon with his beloved Jelly Belly jelly beans to make a U.S. flag on the top. He’d never know it was store-bought because Kathy would be wearing her new apron.

Kathy was a former small business owner and brilliant TV producer and host and took the invitation as a personal challenge, and in no time she had the menu, a new dress, additional seating, and matching cloth napkins.

So now it was only a matter of time.

By the time the ninth or tenth presidential motorcade closed the traffic in our neighborhood, with all the lights, sirens, motorcycles, ambulances, and fire trucks zooming past, it was clear that he might not be stopping.

"Did he even ask for our phone number or address?” Kathy inquired. I shook my head.

It’s probably a good thing they never stopped by, because I don’t know that our young marriage could have survived a three-course evening of presidential small talk culminating with me saluting Kathy by saying “Hail to the Chef!”

On the bright side, we got drapes out of the deal.

Postscript: The Engagement Lasagna that Kathy was going to make the president has been a family favorite for 30+ years, but we recently updated it for 2020 as Engagement Lasagna SOUP for our new cookbook, it’s quick, easy and will have you Happy In A Hurry!

Adapted from Steve & Kathy Doocy’s "The Happy In A Hurry Cookbook." Used with permission of William Murrow, an imprint of HarperCollins Publishers. All rights reserved.