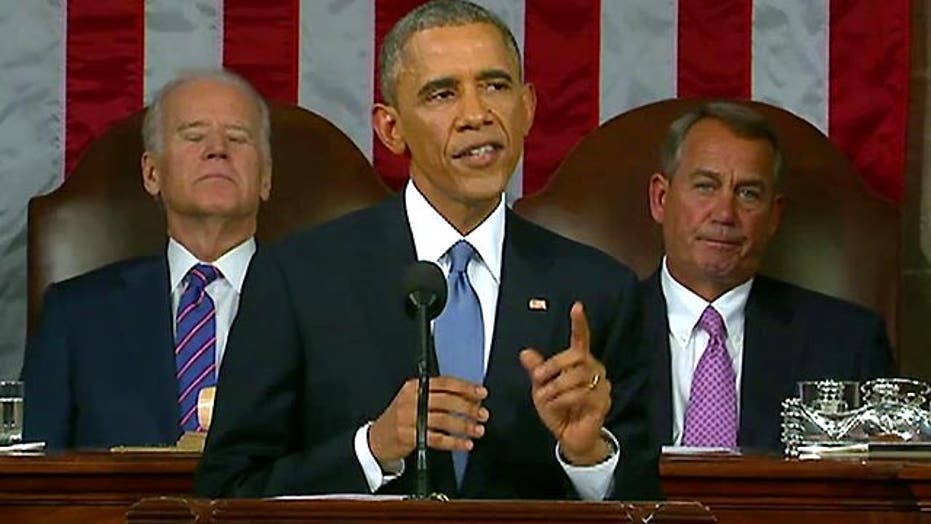 Obama: I believe in a smarter kind of American leadership

The secret is out. President Obama does not like the Republican Congress, and the feeling is mutual.

President Obama had an opportunity to take steps towards unifying the two ideologically opposed branches of government in his first State of the Union address to a Republican House and Senate. Not surprisingly, it was a swing and a miss.

Governing with a Republican-led Congress doesn’t have to be this hard.

Nobody expects the president to work with Republicans to repeal his signature health care overhaul. But there are many policies that Democrats and Republicans can begin to reform together, immediately.

Governing with a Republican-led Congress doesn’t have to be this hard.

The protection of civil liberties is a natural fit for Republicans and Democrats to work together. A strong bipartisan coalition exists to reject the NSA’s warrantless spying on civilians. The president could support the trans-partisan Fourth Amendment Preservation and Protection Act, which would require warrants for any government agency seeking personal information about an individual from a third party (i.e. an internet service provider or a telephone company).

Obama could stand in solidarity with Democrats and Republicans who want to allow Section 215 of the USA PATRIOT Act (which is used to justify the NSA's bulk metadata collection program) to expire in June.

He could use the rhetorical power of the Oval Office to call for an end to corporate welfare distribution agencies like the Export-Import Bank. Or call for an end to civil asset forfeiture abuses. Legislation like the FAIR Act would limit law enforcement’s ability to confiscate property on an unjustified whim.

Rather than making empty promises of “free” education, the president could advance policies that ensure students are getting the value they paid for. He could encourage Democrats to work with Speaker Boehner, who has led on education reform in the past with the popular D.C. Choice program.

President Obama could applaud trans-partisan efforts to reform the criminal justice system, including Sens. Rand Paul (R) and Cory Booker’s (D) REDEEM Act, which would give non-violent criminals a chance to become productive members of society again. Or Sens. Mike Lee (R) and Richard Durbin’s (D) Smarter Sentencing Act, which would free up prison space to keep violent criminals off the streets.

Governing with a Republican-led Congress doesn’t have to be this hard. If President Obama chooses to continue treating the office of the presidency as a campaign podium, it will become clear who the real obstructionist is.

Matt Kibbe is president and chief community organizer of Free the People. He is the author of the New York Times bestseller, "Don't Hurt People and Don't Take Their Stuff." Follow him on Twitter at @MKibbe.