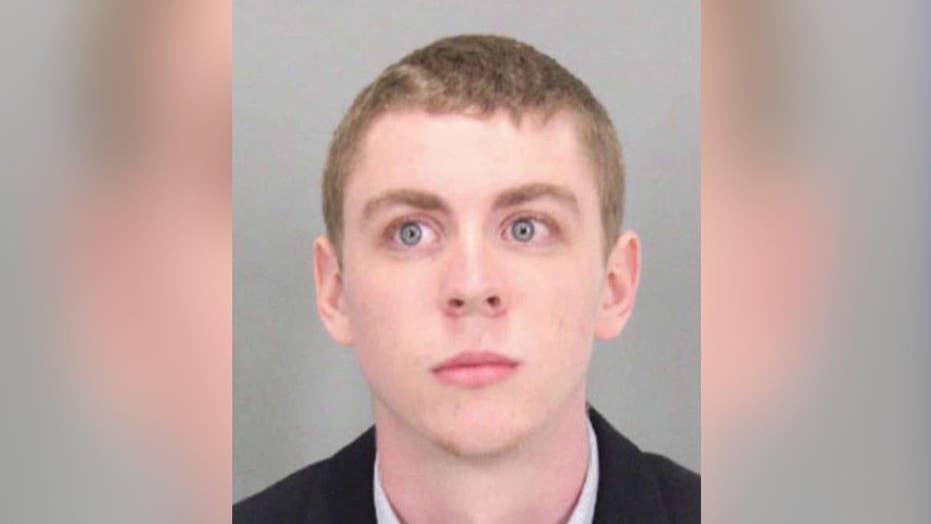 I’ve read your letter to the judge on behalf of your son Brock, asking for leniency in his rape conviction.

I need you to understand something, and I say this as a father who dearly loves my son as much as you must love yours:

Brock is not the victim here.
His victim is the victim.
She is the wounded one.
He is the damager.

The idea that your son has never violated another woman next to a dumpster before isn’t a credit to his character. We don’t get kudos for only raping one person in our lifetime. I don’t believe your son is a monster but he acted like one and that needs to be accounted for.

If his life has been “deeply altered” it is because he has horribly altered another human being; because he made a reprehensible choice to take advantage of someone for his own pleasure. This young woman will be dealing with this for far longer than the embarrassingly short six months your son is being penalized. She will endure the unthinkable trauma of his “20 minutes of action” for the duration of her lifetime, and the fact that you seem unaware of this fact is exactly why we have a problem.

This is why young men continue to rape women.
This is why so many men believe that they can do whatever they please to a woman’s body without accountability.
This is the reason so many victims of sexual assault never step forward.
This is why white privilege is real and insidious and usually those with it are oblivious to it.

I understand you trying to humanize your son in your letter; talking to the judge about his favorite snacks and swim practice and about the memories that are sweet for you as his father—but to be honest I don’t give a damn and if his victim was your daughter I’m quite sure you wouldn’t either.

I imagine this young woman had favorite snacks and sports too, and parents who had wonderful plans for her that didn’t include this nightmare.

There is no scenario where your son should be the sympathetic figure here. He is the assailant. He is the rapist. I can’t imagine as a father how gut wrenching such a reality is for you, but it is still true.

Brock has to register as a sex offender because he sexually assaulted an incapacitated young woman. This is why we have such requirements; because one vile act against another human being is one too many, because we don’t get a do-over when we do unspeakable things, because people need to be protected with knowledge of others in their midst who have failed so egregiously at respecting another person’s basic dignity.

The idea that your son has never violated another woman next to a dumpster before isn’t a credit to his character. We don’t get kudos for only raping one person in our lifetime. I don’t believe your son is a monster but he acted like one and that needs to be accounted for. To be sure, this decision is not the sum total of Brock’s life, but it is an important part of the equation and it matters deeply.

And to be clear, Mr. Turner,”alcohol and sexual promiscuity” are not the story here. The story here, is that young men have choices to make and these choices define them, even if those choices are made when temptation is great and opportunity is abundant. In fact, our humanity is most expressed when faced with such things, we choose integrity and decency; when we abstain from doing what is easy but wrong.

We as parents don’t control our children. Most parents understand this. Despite our best efforts to the contrary, they fail and fall and do things we’d never consent to. I certainly hope this is such an occasion, though it is not coming across that way in your letter. It feels like you want more sympathy and goodwill toward your son than you want for the survivor of his crime, and that’s simply not good enough for her or for those young men and women watching.

Here is her story.

You love your son and you should. But love him enough to teach him to own the terrible decisions he’s made, to pay the debt to society as prescribed, and then to find a redemptive path to walk, doing the great work in the world that you say he will.

For now though, as one father to another: help us teach our children to do better—by letting them see us do better.