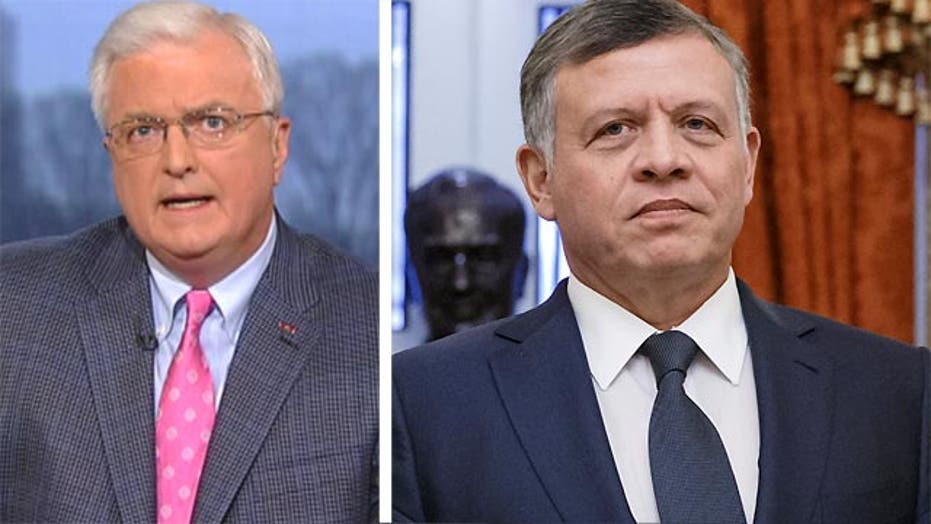 Van Hipp: Now is the time to stand with King Abdullah

Path forward for U.S. against ISIS

I knew King Abdullah almost 20 years ago when he commanded Jordan’s Special Forces. He’s the “real deal.” Give him everything he needs now to fight ISIS and radical Islam.

King Abdullah was educated in Jordan, England, and the United States. He knows and understands the West better than any present ruler in the Middle East.

His late father, King Hussein, knew what he was doing when he named King Abdullah the “Crown Prince” of Jordan just a few days before his death. Abdullah had the backing of the Jordanian military and his wife is Palestinian. Don’t forget, the Hashemite Kingdom of Jordan’s population is only thirty percent Hashemite. Seventy percent of Jordan’s population is Palestinian. Abdullah was the one person who could hold Jordan together as a “moderate voice” in the Arab world.

The Hashem family is royalty throughout the Arab and Muslim world. A Hashem once sat on the throne of Iraq and Morocco, in addition to Jordan. As a member of the Hashem family, Abdullah is the direct descendant of the Prophet Muhammad. Who better, on behalf of reform and moderate Muslims, to take the fight to ISIS and radical Islam?

King Abdullah has stated that he would fight ISIS until Jordan “ran out of fuel and bullets.  In a visit with congressional leaders this week, he said that he had requested aircraft parts, additional night vision equipment, and precision munitions. Earlier this week, all 26 members of the U.S. Senate Armed Services Committee, in a true bipartisan fashion, wrote a letter to both the Secretary of State and the Secretary of Defense urging that the U.S. move with speed to ensure that Jordan receives the military supplies it requires.

King Abdullah is a leader and it’s time for the United States to stand with him and give him all that he needs. Here is what the U.S. must do now to support King Abdullah:

Make no mistake – the fight against radical Islam is the challenge of our time. Earlier this week, FBI Director James Comey stated that there are now open cases looking into individuals who may be related to ISIS in every state of the union except Alaska.

This is not the time to continue “tap dancing” around ISIS and radical Islam. This is the time for real American leadership.