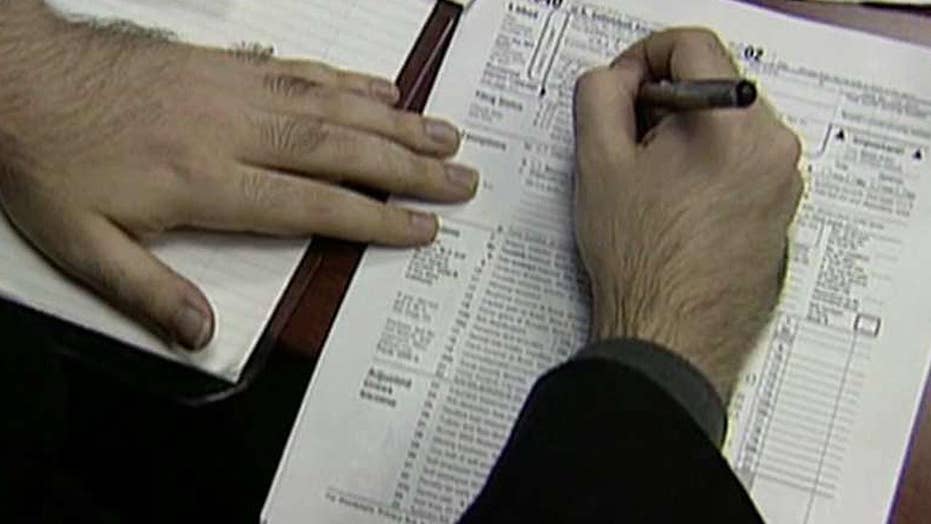 Filing taxes is something that fills most of us with dread. We do the costly, complicated chore and can’t wait to move on. It’s usually not a day to celebrate.

But this year, for a change, there is good news. Thanks to the recently enacted “Tax Cuts and Jobs Act,” this is the last time you will have to file your taxes under the old, outdated system.

What does this mean for middle-income families? In short, more money and less hassle.

For starters, it means the next time you file your taxes, you will benefit from a nearly doubled standard deduction: $12,000 for individuals and $24,000 for married couples. This change alone means greater simplicity that will allow nearly nine out of 10 people to do their taxes on a short, simple, and straightforward form next year.

And of course, tax reform means hardworking families will be able to keep more of their money.

All told, the Congressional Budget Office estimates the “Tax Cuts and Jobs Act” will create 1.1 million jobs, increase wages by $1.2 trillion, and draw more than $600 billion in investments into the United States.

Right now, eight of 10 Americans live paycheck-to-paycheck, leaving them one medical emergency, home repair, or other crisis away from being unable to make ends meet. Under the new system, the average tax cut for a median family of four is $2,059. For these families, more money in each paycheck isn’t crumbs—it’s a huge deal. Average families at every income level will see their federal taxes go down. This is meaningful relief for those who need it.

This new tax code also makes families a priority. It doubles the child tax credit so parents are getting more help with the costs of raising a family. It also provides more support for families as they plan for their futures by improving savings options for education. Under the new law, families can use 529 accounts to save for elementary, secondary, and higher education, whether that means college or a vocational school.

Thanks to tax reform, people have also been relieved from the burden of ObamaCare’s individual mandate. No more forms reporting your health care coverage or penalties for not complying. Americans will no longer have to buy government-mandated health insurance they don’t want, don’t need, and often can’t afford to use. Families will now be empowered to choose the health care that best serves them.

There’s a lot to look forward to, but the reality is the “Tax Cuts and Jobs Act” has already started to improve the lives of American families. The law has been a boon to the American economy. Unemployment is at a 17-year low, consumer confidence is near a 17-year high, and the manufacturing sector reached its highest hiring level since the recession last month, adding 380,000 workers.

Already, hundreds of companies have awarded bonuses, invested in savings plans, and raised wages—from local manufacturers to the nation’s most well-known businesses. Just recently, I visited Southwest Airlines and heard stories from workers about how they’re using the bonuses given to them by the company, thanks to the new tax law.

Even monthly bills are going down: In 41 states and counting, people are already saving money through lower utility prices as a result of tax reform. Just last week, Duke Energy became the latest to announce it would be lowering costs by millions for its customers in Ohio and Kentucky. All told, the Congressional Budget Office estimates the “Tax Cuts and Jobs Act” will create 1.1 million jobs, increase wages by $1.2 trillion, and draw more than $600 billion in investments into the United States.

Fixing our tax code is a major part of what I came to Washington to do: pass reforms that will create an economic climate where more Americans have the chance to realize the American Idea. The new tax law is making that happen. Today we turn the page on the old broken system and look forward to a better one that will make our country stronger and more prosperous for years to come.

Republican Paul Ryan is Speaker of the U.S. House of Representatives. He represents Wisconsin's 1st Congressional District. Follow him on Twitter @SpeakerRyan.