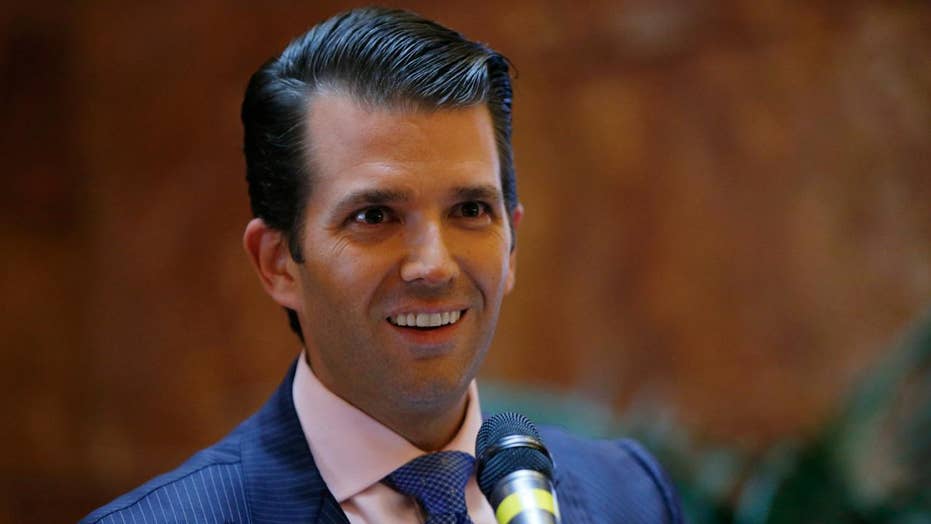 Tuesday: 54 percent of network coverage focused on the president's son

Politics is war. The objective is to win and take down the opponent. In an industry that does not operate in the black and white, it is often the grey territory in which campaigns work to achieve their goal.

In the middle of this fast-paced environment, the reality is that most people would have taken the meeting with Natalia Veselnitskaya, the Russian attorney whose meeting with Donald Trump Jr. and other senior Trump campaign staff has set Washington on edge.

The worst is that many of the people expressing righteous indignation have no reason to be self-righteous. Robby Mook, the former campaign manager for Hillary Clinton, is the worst offender. Soaking up the opportunity to get television time, Mook has been everywhere criticizing the Trump team. But he worked for a woman who might be president today, but for her complete lack of a moral compass.

Robby Mook, the former campaign manager for Hillary Clinton, is the worst offender. Mook has been everywhere criticizing the Trump team. But he worked for a woman who might be president today, but for her complete lack of a moral compass.

Clinton's scandals — her use of a private email server to thwart transparency laws, her deletion of tens of thousands of emails, the sale of access to her office to Clinton Foundation donors — these things are well known. Perhaps it's less well known, as the International Business Times reported, that arms sales to countries that donated to the Clinton Foundation increased by 143 percent.

More to the point, as Politico reported, the Ukrainian government tried to help Hillary Clinton and undermine Trump by disseminating documents implicating Paul Manafort in corruption. They also reportedly helped Clinton's allies research damaging information on Trump and his advisors. Is it wrong to seek foreign governments' help in digging up dirt on an opponent, or isn't it?

The Obama administration likewise has no high horse to sit on. Former Attorney General Loretta Lynch is facing bipartisan inquiries about allegations she interfered in the Hillary Clinton email probe. President Barack Obama's IRS targeted conservative groups that had words like "tea" and "patriot" in their names, possibly in order to interfere in grassroots election organizing. We were also lied to about things like the Iran deal, and the payment of $1.7 billion in cash to that nation's terrorism-sponsoring regime.

Susan Rice, a former Obama national security adviser, will face congressional inquiry over the monitoring and unmasking of Trump team members in foreign survellance. And, of course, a congressional investigation found that Obama's State Department paid hundreds of thousands of dollars in taxpayer grants to an Israeli group that used the money to try and oust Prime Minister Benjamin Netanyahu.

The media are also full of it. The New York Times executive editor said during a visit to Harvard last September that he would risk jail time to publish President Trump's tax returns.

To be clear, none of this is okay. This isn't an effort to justify Donald Jr.'s decisions. But politics is a dirty industry. Many of the people criticizing him have spent plenty of time playing in the mud. They could at least wipe themselves off before handing down hypocritical moral judgments on others.