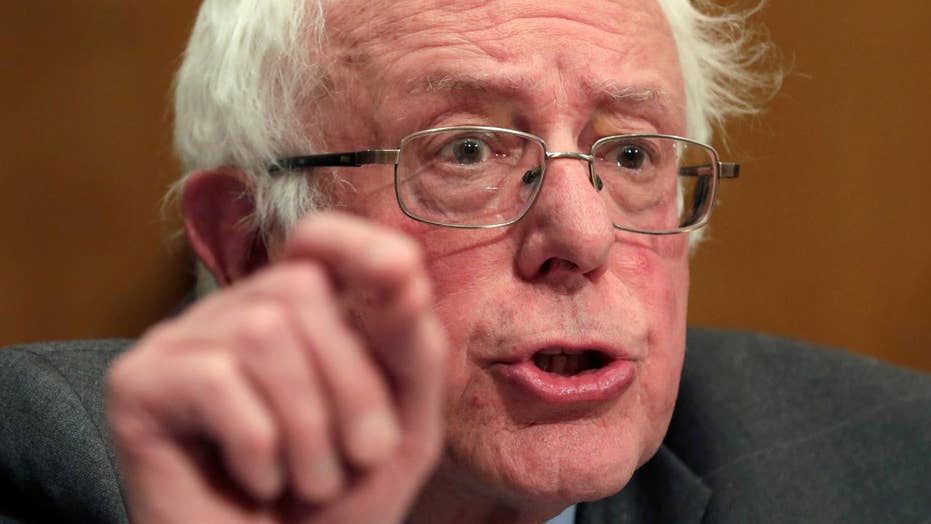 Single-payer health care: What is it?

Senator Bernie Sanders is rallying support for a single-payer health care system. What does that entail and how much would it cost?

As ObamaCare continues to collapse, options for quality, affordable health care move further out of reach for many Americans. This week, Senator Bernie Sanders, D-Vt., and other Senate Democrats plan to offer their solution: a complete Washington takeover of America’s health care system.

A majority of Democrats in the U.S. House of Representatives have signed on as co-sponsors of their own “single-payer” legislation. This idea is good for whipping up the far-left base – and bad for everyone else. It will deliver worse care, inevitably leading to rationing. It also will be outrageously expensive for everyone.

This idea is good for whipping up the far-left base – and bad for everyone else.

Supporters of putting the federal government in charge of personal health care decisions often cite the United Kingdom as their model. Democrats in the U.S. are pushing this idea at the same time many in the U.K. see their system of nationalized health care entering an ObamaCare-like death spiral.

The number of patients left waiting 12 hours or more for emergency care has spiked this year. There has also been a jump in the number of people waiting 18 weeks or longer to start treatment for long-term conditions.

Democrats would import these wait times to American health care. Everyone will get to experience the kind of delays at the heart of the VA hospital scandal a few years ago.

Some patients will never get the care they need. When Washington pays all the bills, it will soon decide to exert tighter control over everybody’s care.

In Britain, the rationing of health care has meant prohibiting certain medications and limits on surgery for things like cataracts and knee and hip operations. Some medical boards have banned routine surgeries for patients who are obese or smokers.

The British have found rationing necessary partly because of the exorbitant cost of “free” medical care. Another reason is the shortage of professionals to provide this care. The number of general practitioners has fallen, and four out of 10 say they are unlikely to be practicing in five years. Just since March 2016 there’s been a drop of 5,000 nurses and midwives across the British health care system.

Many cite disillusionment with the quality of care provided to patients. It’s a legitimate concern. The U.K. ranks 20th out of 24 western countries for breast cancer survival. The U.S. is first. For ischemic stroke the U.K. is 25th out of 30 countries. The U.S. is fourth.

If that’s the kind of quality care Democrats are planning, they should know that it won’t come cheap. Democrats in the California state senate passed their own version of “single-payer” earlier this year. The plan was estimated to cost about $400 billion per year – more than double the entire state budget.

Senator Sanders outlined a similar government takeover when he was running for president last year that included higher payroll and other taxes. The left-leaning Urban Institute said it would raise Washington’s total health care expenditures by 233 percent – an increase of more than $32 trillion over the first decade. Sanders’ new taxes would pay for less than half of the new spending.

Not surprisingly, other Democrats have suddenly become vague about the idea’s costs. House Democrats say their version would be paid for by things like “a modest tax on unearned income” and “a small tax on stock and bond transactions.”

The lack of specifics will sound familiar to anyone who remembers the debate over ObamaCare eight years ago. So far, even this has not been enough to help the idea get traction. Senator Sanders’ state of Vermont scrapped its own plan three years ago when faced with the overwhelming tax increases it would require.

The U.S. Senate actually took a vote on the bill written by House Democrats. It failed by a vote of 0 to 57. Every Republican voted against the legislation, while 43 Democrats voted present. Given a chance to stand up and vote for the idea they love to talk about, not a single senator did – including Bernie Sanders.

With the ObamaCare markets in shambles, Democratic activists are making government–controlled health care the new litmus test for the liberal left. The plan is aimed squarely at anyone who believed the hype about how great ObamaCare would be. Democrats’ promises about their new health care scheme are even more outlandish. The American people can’t afford to get fooled again.

Sen. John Barrasso, a Republican from Wyoming, is an orthopedic surgeon and chairman of the Senate Republican Conference.