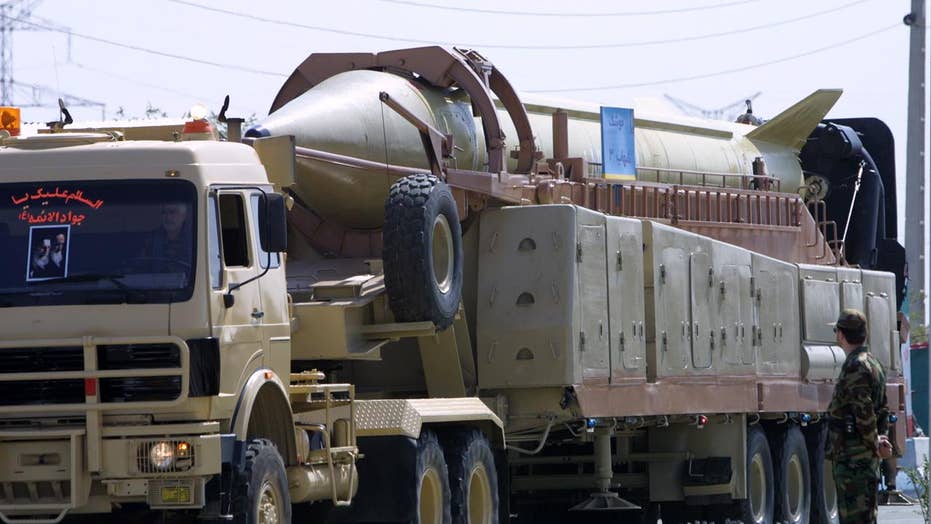 In April 2015, as President Obama tried to sell the deeply flawed Iran nuclear agreement to Congress and the American people, he vowed that “[o]ther American sanctions on Iran for its support of terrorism, its human rights abuses, its ballistic missile program, will continue to be fully enforced.”

Yet the Obama administration responded to Iran’s escalating ballistic missile activities, support for terrorism and other rogue regimes, and human rights abuses with inaction.

This has encouraged Iran—whose government is responsible for the deaths of hundreds of Americans in Lebanon, Iraq and Afghanistan—to continue and even escalate its destabilization efforts, threatening the United States and our allies.

Iran’s continued development of its ballistic missile program illustrates why tough words from the Obama administration were not enough—and why Congress and the White House should adopt this legislation without delay.

Iran, thanks in part to assistance from North Korea and Russian entities over the years, possesses the Middle East’s largest and most formidable ballistic missile arsenal—an arsenal that already threatens our forward deployed troops, Israel, and our other allies in the region.

This reality explains why General Martin Dempsey, then-Chairman of the Joint Chiefs of Staff, warned in July 2015 that “under no circumstances should we relieve the pressure on Iran relative to ballistic missile capabilities[.]”  Yet, relieving the pressure was exactly what both the Iran nuclear deal and the U.N. Security Council Resolution 2231 did.

After Iran predictably fired ballistic missiles in late 2015, the Obama administration responded belatedly in January 2016 by issuing tough statements and imposing weak sanctions that amounted to little more than a symbolic slap on the wrist.

Not surprisingly, the regime in Tehran was not impressed, and responded by escalating ballistic missile development and testing.  In fact, a few months later, Iran provocatively fired two ballistic missiles with the phrase “Israel must be wiped out” emblazoned in Hebrew on the side.

Such Iranian provocations are disconcerting for our allies in Israel, but Americans should not view Iran’s ballistic missile program as solely a regional threat.  Our intelligence community believes that Tehran would utilize “ballistic missiles as its preferred method of delivering nuclear weapons,” and that Iran’s progress on space launch vehicles provides Tehran with the means to develop an intercontinental ballistic missile that could eventually deliver a nuclear weapon to the United States.

Reflecting a broader failure of foreign policy, the previous administration also did not impose sufficient consequences on Iran for its support for terrorism and abuse of human rights.  As a result, leaders in Tehran— and also in Moscow, Beijing, Damascus, and Pyongyang— came to view the U.S. as a paper tiger that often responds to belligerent activities by roaring loudly and going back to sleep.

Our values and national security interests, as well as the safety of Americans and our allies, demand action.  We should not sit idly by and pretend the status quo is acceptable as Iran continues to strengthen its ballistic missile arsenal and support terrorists.

We welcome the statements by President Trump and National Security Advisor Flynn with respect to Iran’s ballistic missile program.  It is time to take action with respect to Iran’s growing missile threats, terrorism support, and human rights abuses.  That’s why we introduced the Iran Non-Nuclear Sanctions Act, and why we call on lawmakers of both parties to join us in seeking its passage and sending it to the president for his signature.