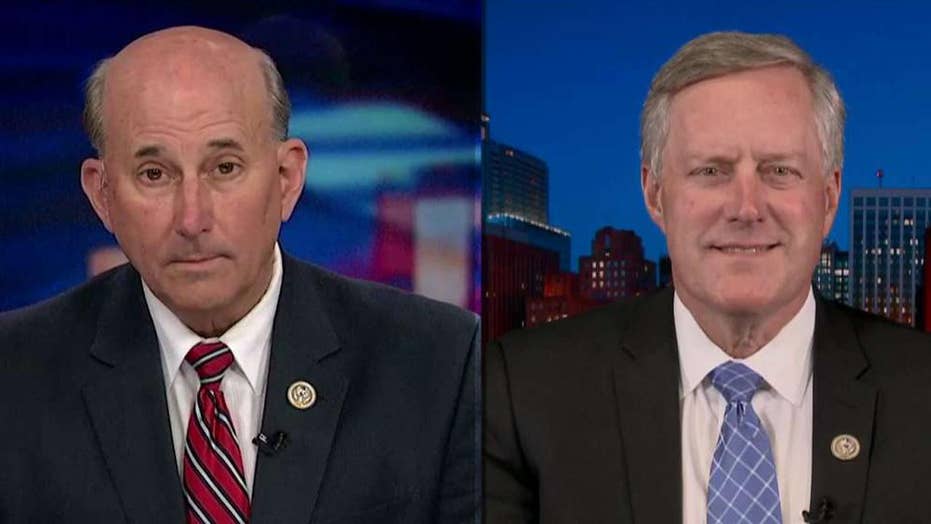 Congressmen speak out on 'Hannity'

Republicans across America ran on repealing the Big Government takeover of our health care system that is ObamaCare.  Opposition to ObamaCare helped the GOP win the House in 2010, the Senate in 2014, and the White House in 2016.  Repealing ObamaCare has been a key facet of all our recent victories.

No Democrat will vote for a stand-alone, real repeal.  But nearly every Republican will – in fact, nearly all of them already did in 2015.

We call on Congressional leaders to keep their word to the American people, to push a real repeal of ObamaCare, and to do it now.  The only way to really do that in a way that ensures passage is to move forward with a "clean" repeal, such as the 2015 repeal bill

Many conservatives have called for Replace bills at the same time as a repeal bill.  A free market replacement bill has been introduced in the Senate and a companion bill endorsed by the House Freedom Caucus. Others have their own plans and ideas.  The White House will no doubt have some ideas as well.

We should debate all of these replacement ideas on the same day we pass Repeal, but we will have to separate the debate into at least two different bills because there is no consensus with leadership on replacement. While the vast majority of Republicans have come out in favor of the principals of our replacement bill, some in leadership have offered starkly different ideas.

1.     Leadership wants to keep ObamaCare-like subsidies to buy insurance but rename them refundable tax credits (families will be given up to $14,000 dollars of other people's money)

2.  leadership wants to keep the ObamaCare Cadillac tax but rename it a tax on the top 10% of people who have the best insurance.

4.  Leadership wants to keep $100 billion of the insurance company subsidies from ObamaCare but call them "reinsurance". (Why?  Because insurance companies love guaranteed issue as long as the taxpayer finances it!)

Nobody wants ObamaCare repealed more than we do.  We think the only way to repeal ObamaCare is to separate repeal from replace.

ObamaCare provisions dressed up in shiny new GOP-branded clothes would mean the loss of too many conservative votes for passage.

But we can do the work we were sent to do. We can repeal now using the 2015 bill that United all republicans.

We can immediately turn to the replace bills, with a fair, open process much like our budget. Let everyone with a plan or an amendment come forward and speak.  Let’s debate, vote and put forward a transparent, fair process so that everyone on both sides of the aisle and all sides of the debate is heard.

We own repeal. We ran on it. It is our idea. We have to pass it cleanly, now.

Then we owe the American people a real-old fashioned period of allowing all ideas to be debated and voted on to produce the best product possible.

We've got ours ready.  We’ve already sponsored the replacement.  We’ll advocate for – a free market plan that would lower cost and increase access for millions of Americans.  The repeal we support has a timeframe to allow the market to work and ensure Americans don't lose coverage.  We would love to debate it and hear my colleagues’ amendments.

Just as soon as we pass the real, clean repeal that we promised we would.

We will introduce that this week too.  If anyone tells you there isn’t a plan that can both keep our promises to repeal, and work in a bipartisan, open way for replace, tell them  conservatives have a plan to do just that.  Now let’s hope our leadership will listen, because it is the only way they’re going to get our votes.