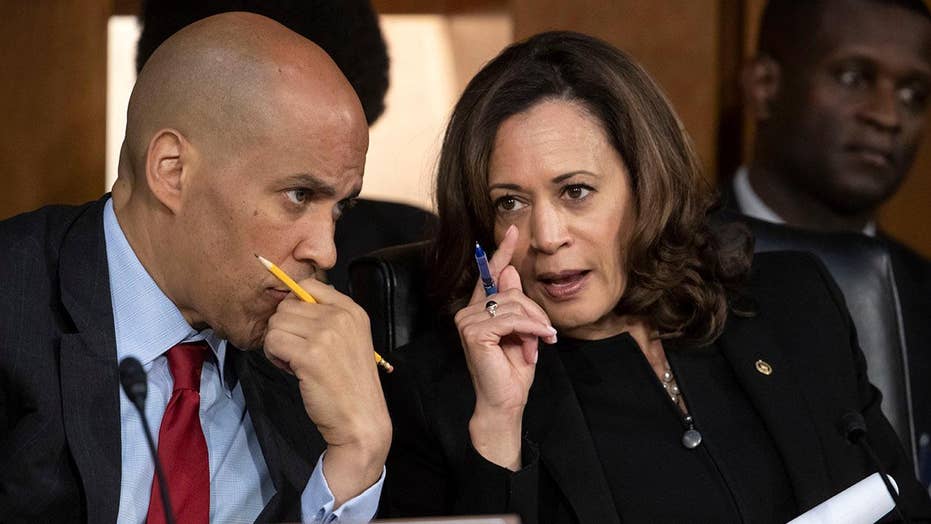 Those on the left have tried their best to make a partisan spectacle out of Judge Brett Kavanaugh’s confirmation hearing before the Senate Judiciary Committee this week on his nomination to the Supreme Court.

Democrats on the committee have gone so far as to dispense with long-established Senate decorum and rules in order to fire up their base heading into the November midterm elections.

It’s a sad commentary that in retrospect, now-Justice Elena Kagan’s confirmation in 2010 seems like something from a different era, when senators on both sides of the aisle took the vetting process for the highest court in the land seriously.

At the time, then-Democratic Senate Judiciary Committee Chairman Patrick Leahy of Vermont called on all members of the committee to be fair during the hearings and abstain from questioning the integrity or independence of President Obama’s nominee.

Republicans did just that, prompting Kagan to publicly thank then-Ranking Member Jeff Sessions, R-Ala., and Senate Republicans for giving her “such respectful and expeditious consideration.”

Times have certainly changed. Now that we have a Supreme Court vacancy being filled by a Republican president, Senate Democrats have failed to return the courtesy.

During this week’s hearing – starting from the moment Chairman Chuck Grassley, R-Iowa, introduced Judge Kavanaugh and his family – the proceedings were interrupted by one Democratic senator after another, demanding a vote to delay the hearing. Then, like clockwork, came the shouts of protesters in the crowd.

If these childish antics and partisan outbursts appeared to be a well-coordinated effort on the part of Democrats to obstruct the confirmation of Kavanaugh, it’s because they were.

News organizations reported that on the eve of the hearing, Judiciary Committee Democrats hosted a conference call with Senate Minority Leader Chuck Schumer, D-N.Y, and plotted a “protest strategy” to disrupt the proceedings.

Unable to come up with any substantive criticism of Kavanaugh’s impressive and extensive record, which includes the 12 years he has spent as a judge on the U.S. Circuit Court of Appeals for the District of Columbia, Democrats spent the entire first day of the hearing implementing their “protest strategy.” They expressed artificial outrage over the process and claimed they haven’t received enough documents.

Senate Democrats have had plenty of documents to review – including Kavanaugh’s 307 written opinions from the appellate court, his 17,000 pages of responses to the committee’s bipartisan questionnaire, and nearly 500,000 pages of executive branch documents.

Yet Schumer managed to go on the Senate floor and claim with a straight face that “there is a lot we don't know about Judge Kavanaugh.”

That’s quite a reversal from what Schumer said when Kagan was the nominee and provided the Senate with 170,000 pages of documents. Schumer proclaimed that “having 170,000 pages of her as solicitor general, countless articles and discussions … we have a voluminous record ... we have plenty of stuff about her.”

The pre-coordinated stunts from Democrats continued into the third day of the confirmation hearing on Thursday, when Sen. Cory Booker of New Jersey announced he was releasing confidential Kavanaugh documents to the media.

Booker even said that “I’m knowingly violating the rules.”

The embarrassing plot twist for Booker was that he didn’t actually release “confidential” documents, because the Department of Justice and President George W. Bush already waived the confidentiality restriction hours earlier. The committee even notified Booker’s office about the waiver before the hearing started.

Booker may have also missed the letter Chairman Grassley sent to all Judiciary Committee Democrats last month, encouraging all members to send requests for any confidential documents they wanted released to the public. Only one Democrat took Grassley up on his offer in the lead-up to the hearing and the request was quickly granted.

In spite of the good faith and proactive bipartisan overture made by Grassley, Democrats ignored it and decided to insincerely make the confidential documents an issue at the hearing. They justified their eagerness to break the rules of the committee by claiming it was for the sake of “transparency.”

So, in the spirit of full transparency, I asked all of my Democratic colleagues during the hearing whether they would practice what they preach by releasing their own personal emails relating to the Kavanaugh nomination.

My challenge to Judiciary Committee Democrats to walk the walk was met with deafening silence.

When Judiciary Committee Democrats weren’t spending their time making themselves look silly with staged and hypocritical complaints about procedure, some used their time attempting to rattle Kavanaugh with desperate and unfair attacks impugning his character.

However, Kavanaugh never flinched. He consistently answered every question with thoughtfulness and candor. Throughout the hearing he demonstrated a remarkable grasp of Supreme Court precedent. He made it clear that his role as a judge is to be an umpire, not a lawmaker. He said he is someone who applies the rules fairly and uniformly and doesn’t change the rules in mid-game.

Kavanaugh’s record on the bench shows that he approaches every case with an open mind. As a judge on the D.C. Circuit Court of Appeals, Kavanaugh’s Democratic-appointed colleagues and Republican-appointed colleagues both joined his opinions 89 percent of the time. That’s the hallmark of a highly respected judge who can build judicial consensus from all sides.

While Senate Democrats are likely to continue their partisan gamesmanship over the next few weeks, no talking point or political stunt will change the fact that Brett Kavanaugh is a fair-minded and eminently qualified jurist. It also won’t change the fact that he will soon be confirmed as the next associate justice of the Supreme Court.