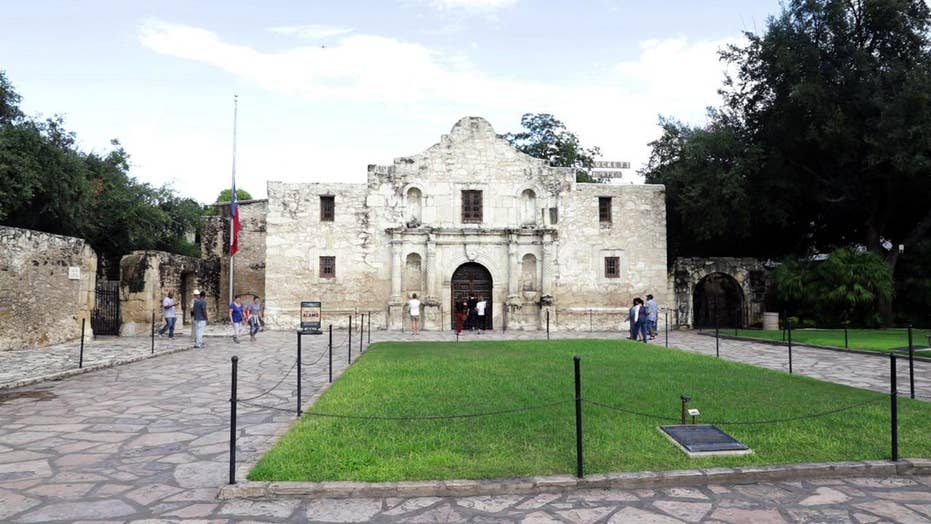 Americans react: Were Texans at the Alamo heroes?

An advisory group recommended the Texas Board of Education change the state’s social studies curriculum to remove the words ‘all the heroic defender’ in reference to those who fought for Texas at the Alamo. Should the reference to heroism be removed? Americans react.

Generations of Texans have rightly drawn inspiration and strength from the heroes of the Alamo – the brave men who fought to the death to defend the battle-scarred mission in San Antonio in 1836 in the fight for Texas’ independence from Mexico. These freedom fighters are a symbol of valor for all Americans.

It is bizarre, then, that an advisory group recommended to the Texas Board of Education that it remove the words “all the heroic defenders” from the state’s social studies curriculum describing the men who gave their lives at the Alamo.

The Board of Education was holding a hearing in Austin on the proposal Tuesday. Fortunately, according to the San Antonio Express-News, “the board appeared poised to keep the words in the curriculum” when it is scheduled to discuss the issue Wednesday. A final decision is expected in November.

The advisory group, called “Social Studies TEKS Streamlining Work Group,” even recommended dropping the requirement that students in Texas should be able to explain the importance of a letter from Col. William B. Travis, commander of the rebels at the Alamo. The letter was addressed to “the People of Texas and All Americans in the World” and is known as the “victory or death letter.”

This letter has been considered a vital founding document of Texas history ever since it inspired thousands of men to take up arms in revolution to free Texas from the oppressive regime of General Santa Anna.

Travis wrote in the letter:

“The enemy has demanded a surrender at discretion, otherwise, the garrison are to be put to the sword, if the fort is taken – I have answered the demand with a cannon shot, and our flag still waves proudly from the walls – I shall never surrender or retreat.”

And go down fighting Travis did – alongside scores of his comrades, from brave Tejanos such as Toribio Losoya and José Gregorio Esparza, to legends of the American frontier like Jim Bowie and Davy Crockett.

The volunteers were outnumbered by at least 7 to 1 by the Mexican Army. They were surely aware of General Santa Anna’s slaughter of civilians in the rebelling state of Zacatecas the previous year, and his Mexican Army’s brutal treatment of prisoners and noncombatants.

But rather than retreat or surrender, the defenders of the Alamo defied the promise of “no quarter” from Santa Anna, and shed their blood so that Texas could be free of his oppressive regime.

Among the politically correct jargon supposedly justifying the proposed changes to the Texas social studies curriculum, one statement stood out: “Heroic is a value-charged word,” and thus it must be purged.

Indeed, “heroic” is very “value-charged.” It is not a term to be used lightly.

But the troubling implication here – in addition to scrubbing patriotism from our schoolbooks – is that our children cannot be taught history with a sense of value and valor. This is an absurd claim.

Who would teach their child about the historical reality of human slavery, and fail to call it evil? That is a true and necessary value-charged word.

Who would teach about the men landing at Normandy on D-Day to free Europe from Hitler’s tyranny, and not call them brave?

Who would tell of Mother Teresa helping the sick and poor, and not call her good?

Somehow, in an age when professional athletes disrespect our flag only to get millions of dollars in advertising deals, and our public forums are increasingly devoted to tearing down our national legacy rather than building it up, it is not surprising that some bureaucrats rewriting schoolbooks should try to eliminate one more source of American pride from our schools.

But that gives Texas families a chance to be a part of history once more.

We are not called to defend the Alamo with muskets and cannon today, but to defend it in our public square, and in our schools. We can preserve the legacy of its defenders, and of all heroes throughout our history who teach us duty and faith and sacrifice.

We can value the things worth valuing.

Republican Ted Cruz represents Texas in the United States Senate. He serves on the Judiciary Committee and is author of the new book, "One Vote Away—How a Single Supreme Court Seat Can Change History" (Regnery Publishing, September 29, 2020).