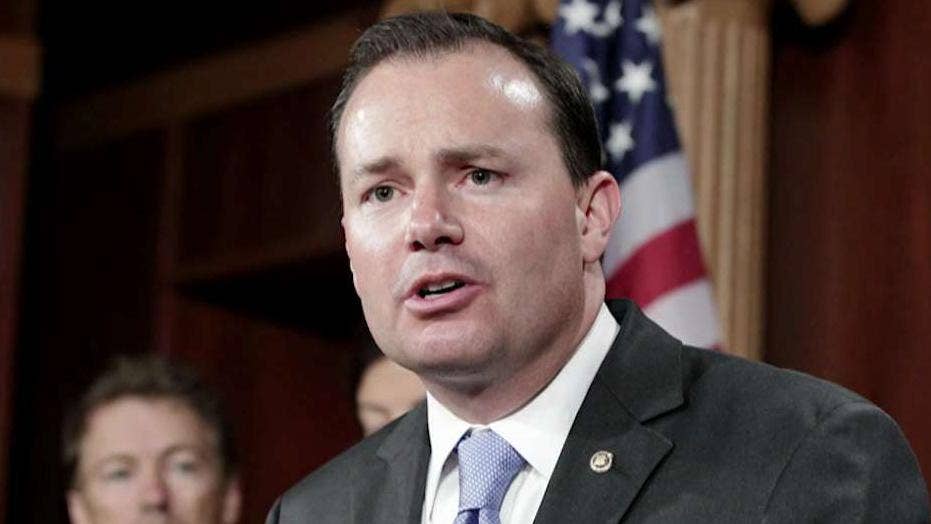 President Trump is scheduled to announce one of the most important decisions of his presidency on Monday: the name of his second nominee to the Supreme Court, to replace retiring Justice Anthony Kennedy.

This will be a defining moment for President Trump’s legacy. Every president is remembered for his nominations to the Supreme Court – and not always positively.

Past Republican presidents have repeatedly nominated justices who failed to live up to the principles they were selected to represent. For example, President George H.W. Bush’s selection of liberal David Souter was one of the most consequential errors of his presidency.

Indeed, many of the worst liberal judicial activists, including William Brennan, John Paul Stevens, and Harry Blackmun – the author of the Roe v. Wade decision that legalized abortion nationwide – were appointed by Republican presidents. These mistakes haunt the legacies of presidents, a specter they can never shake. We cannot let this happen again.

Most presidents are forced to gamble on a nominee they do not truly know – someone who has spent a lifetime outside the public eye. Presidents must pore over the thinnest bodies of evidence on these people, trying to discern their convictions and ability from scattered cases and the recommendations of others. It’s a risk, when what a president really needs is a sure thing.

President Trump, however, has lucked out. He has a sure thing, battle-tested, ready, and willing to serve: Sen. Mike Lee.

After countless mistakes by Republicans, we finally have a chance to get this right.

Sen. Lee, R-Utah, was made for this moment. No other candidate has his combination of record, ability, and a sure-fire path to confirmation – and no other candidate would excite conservative voters this November more than someone they know and trust, like Mike Lee.

Moreover, Lee safeguards President Trump’s Supreme Court legacy for all time, because there is not a single soul out there who can doubt that a Justice Mike Lee would remain true to the convictions he has fought for his entire life.

First, there is no question that Mike Lee is extraordinarily well-qualified to serve on the Supreme Court. His legal acumen and experience are unparalleled.

Indeed, Lee has served in all three branches of the federal government. He clerked for two federal judges, including Supreme Court Justice Sam Alito. He was a federal prosecutor, general counsel to the governor of Utah, and has served his home state for the better part of a decade in the U.S. Senate.

As Lee’s colleagues know, he is a brilliant legal thinker, capable of seeing all sides of an issue through a principled, constitutionalist lens.

Lee would interpret the Constitution and laws according to their original meaning and text. He literally wrote the book on the lost clauses of our Constitution and how they protect our fundamental liberties.

A Justice Lee wouldn’t let activist lower courts distort the meaning of our laws and Constitution in order to impose their left-wing preferences on the nation. After all, who knows better that a judge’s job is to apply the law as it is – and not to legislate from the bench – than someone who was previously a legislator himself?

Mike Lee has a proven track record as a formidable advocate for the separation of powers, for federalism, for the Bill of Rights, and for a limited judicial role that adheres to originalism and textualism in judicial interpretation.

This is the judicial model that made Justices Antonin Scalia and Clarence Thomas so revered by conservatives, and it is why Justice Neil Gorsuch has been such a strong success for President Trump. And now the president has the chance to do it again with Sen. Lee.

President Trump and conservatives can be sure that Lee won’t change. We’ve seen time and again judges bending to pressure from the liberal media and the D.C. cocktail party circuit once they get to the high court, moderating their decisions or avoiding tough issues when they matter most.

But if one thing is certain, it’s that Lee won’t bend his principles in the face of pressure. I’ve seen it myself in the Senate, where Lee has always stood up and fought for what he believed was right, regardless of whether it was popular with the D.C swamp.

Finally, President Trump should consider the single biggest political advantage that Lee has over every other name on his list of potential nominees. As a U.S. senator, his nomination process would be simple and his confirmation would not be in doubt.

Sen. Lee has the respect and admiration of his colleagues, Republicans and Democrats alike. And even with Republicans’ slim majority, senators on both sides of the aisle would have little trouble giving their advice and consent to a nominee they have served alongside for years.

When it comes to this Supreme Court nomination, President Trump can have it all. He can bring home another huge victory for conservatives with success being certain. And he can honor his promise to the American people to nominate justices “in the mold of Scalia and Thomas.”  No other nominee fits that mold like Mike Lee.

After countless mistakes by Republicans, we finally have a chance to get this right. President Trump can become the first Republican president in recent history to hit a home run on all his Supreme Court nominations, cementing his legacy for all time.

Nominating Sen. Mike Lee to the Supreme Court is the way to do it.