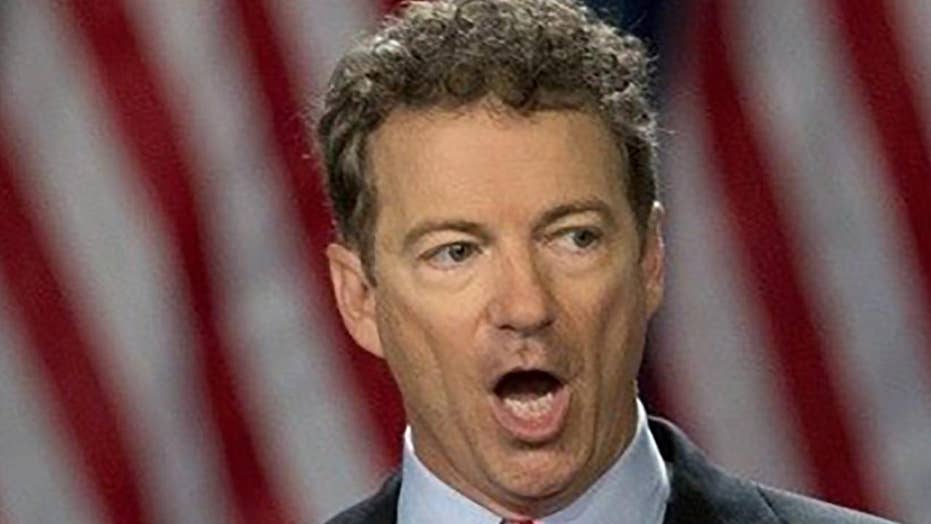 In September of 2014,  I had these words to say: "The president acts like he's a king. He ignores the Constitution.  He arrogantly says, 'If Congress will not act, then I must.'

Donald J. Trump agreed with me when he said in November 2014 that President Barack Obama couldn’t make a deal on immigration so “now he has to use executive action, and this is a very, very dangerous thing that should be overridden easily by the Supreme Court.”

I would literally lose my political soul if I decided to treat President Trump different than President Obama. (Although, I’ll note, not one Democrat criticized Obama for his executive orders.)

I support President Trump. I supported his fight to get funding for the wall from Republicans and Democrats alike, and I share his view that we need more and better border security.

However, I cannot support the use of emergency powers to get more funding, so I will be voting to disapprove of his declaration when it comes before the Senate.

Every single Republican I know decried President Obama’s use of executive power to legislate. We were right then. But the only way to be an honest officeholder is to stand up for the same principles no matter who is in power.

I was against foreign aid and foreign intervention without a true national security threat — under Republicans and Democrats.

I’ve stood up and voted against budgets that pile up endless debt and borrow too much — under Republicans and Democrats.

I will stand up for the Constitution, the rule of law, and the system of checks and balances we have — under Republicans and Democrats.

Every single Republican I know decried President Obama’s use of executive power to legislate. We were right then. But the only way to be an honest officeholder is to stand up for the same principles no matter who is in power.

There are really two questions involved in the decision about emergency funding. First, does statutory law allow for the president’s emergency orders, and, second, does the Constitution permit these emergency orders?  As far as the statute goes, the answer is maybe — although no president has previously used emergency powers to spend money denied by Congress, and it was clearly not intended to do that.

But there is a much larger question: the question of whether or not this power and therefore this action are constitutional. With regard to the Constitution, the Supreme Court made it very clear in Youngstown Steel in 1952, in a case that is being closely reexamined in the discussion of executive power.  In Youngstown, the Court ruled that there are three kinds of executive order: orders that carry out an expressly voiced congressional position, orders where Congress’ will is unclear, and, finally, orders clearly opposed to the will of Congress.

To my mind, like it or not, we had this conversation.  In fact, the government was shut down in a public battle over how much money would be spent on the wall and border security.  It ended with a deal that Congress passed and the president signed into law, thus determining the amount.

Congress clearly expressed its will not to spend more than $1.3 billion and to restrict how much of that money could go to barriers.  Therefore, President Trump’s emergency order is clearly in opposition to the will of Congress.

Moreover, the broad principle of separation of powers in the Constitution delegates the power of the purse to Congress.  This turns that principle on its head.

I, and many of my fellow members, called out President Obama for abusing executive authority. President Obama famously said that if Congress wouldn’t do what he wanted, he had his pen and his phone ready.  That was wrong.  Many of those voting now spent a good portion of their campaigns running ads against these words and actions of President Obama.  They will and should be condemned for hypocrisy if they vote to allow this because they want the policy or want to stand with the president in a partisan fight.

Some are attempting to say that there isn’t a good analogy between President Obama’s orders or the Youngstown case. I disagree. Not only are the issues similar, but I think Youngstown Steel implications are even more profound in the case of emergency appropriations. We spent the last two months debating how much money should be spent on a wall, and Congress came to a clear conclusion: $1.3 billion. Without question, the president’s order for more wall money contradicts the will of Congress and will, in all likelihood, be struck down by the Supreme Court.

In fact, I think the president’s own picks to the Supreme Court may rebuke him on this.

Regardless, I must vote how my principles dictate. My oath is to the Constitution, not to any man or political party. I stand with the president often, and I do so with a loud voice. Today, I think he’s wrong, not on policy, but in seeking to expand the powers of the presidency beyond their constitutional limits. I understand his frustration. Dealing with Congress can be pretty difficult sometimes. But Congress appropriates money, and his only constitutional recourse, if he does not like the amount they appropriate, is to veto the bill.

I look forward to working for a constitutional way to deal with our border security issue.