No collusion. No obstruction. Attorney General Bill Barr’s conclusions to Congress this weekend about the findings of Special Counsel Robert Mueller’s probe rang loud and clear. President Trump didn’t collude or conspire with Russian agents to win the 2016 election.

After an exhaustive review of the record, both Barr and Deputy Attorney General Rod Rosenstein determined the evidence was “not sufficient to establish that the president committed an obstruction-of-justice offense.”

Barr’s decision to include Rosenstein’s name in this conclusion is noteworthy. Rosenstein is a respected rule of law figure across the political spectrum. His tenure as the Maryland U.S. Attorney commands respect from rank-and-file prosecutors. While a political appointee, Rosenstein is not a political creature in his charging decisions. Adding his name to Barr’s letter to Congress sends a powerful message about the recommendation’s legitimacy and impartiality. This decision was based on just the facts – nothing more, nothing less.

At day’s end, there was no Archibald Cox-style Saturday night massacre that many feared. After Attorney General Jeff Sessions resigned last November, Matt Whitaker took charge for a few months and quietly left within weeks of Barr taking the helm in February – 950 Pennsylvania powered on, steadfastly pursuing regulatory reform, enforcing immigration laws, and processing a record number of judges for confirmation.

Americans should rest easy at night knowing the transition of power can take place peaceably in our nation’s capital, even as investigations into treason are unfolding. The Department of Justice deserves praise for its independence and resilience during this process.

Viewed in light of recent events, Barr’s letter should come as no surprise. The Attorney General’s conclusions fell in firm lockstep with identical Senate and House congressional findings. In February, Senate Intelligence Committee Chair Richard Burr, R-N.C., announced that “based on the evidence to date,” the committee could not definitively say there was collusion between the president and the Russians. "If we write a report based upon the facts that we have, then we don't have anything that would suggest there was collusion by the Trump campaign and Russia," Burr said. 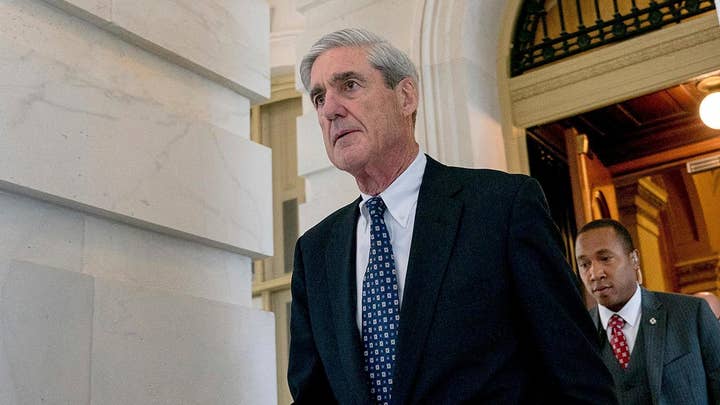 Last March, the House Intelligence Committee came to a similar conclusion. “We found no evidence of collusion,” then-Chairman Rep. Mike Conway, R-Texas, stated. Leaders of the Senate, the House and the Justice Department all came to the same conclusion after a long and winding investigation, and I trust these institutions did the right thing.

But Democrats won’t let this go. Now that Democrats control the House, they insist on reinvestigating this under new Intelligence chair, Rep. Adam Schiff D-Calif. Already the spotlight is shifting from Mueller to Barr. It’s clear the next fight waged will be over public disclosure of the Mueller report’s factual findings, which apparently contains confidential grand jury information.

I have faith Attorney General Barr will work to release the information in an expedited manner and with minimal redactions, all consistent with the law. Justice Department lawyers have shown their commitment to following the law thus far. I’m confident they will not disappoint in distinguishing what needs to be released to Congress and to the public in the coming weeks.

After all, Mueller’s investigation was run in a famously apolitical fashion, as a Justice Department-led investigation should be run. Mueller took pains to hire Democrats for his team to ensure balance. Reports abounded of Clinton sympathizers staffing a legal army of 19 lawyers and 40 plus FBI employees.

The motivations sparking the investigation were purely political. Using the Russia taint of treason, Democrats sought to create a sufficiently hostile environment to scare Republican leaders from supporting key components of the president’s agenda. With this now in the rearview mirror, we cannot allow this hysteria to continue to drive our legislative agenda in Congress going forward. Enough is enough.

For the president and for the country, Mueller’s findings signal much-needed finality. After 2,800 subpoenas issued, and 500 witnesses interviewed, this investigation consumed more than $25 million in taxpayer dollars. It commanded the attention of congressional investigations, in the Senate and the House, when legislators could have focused on addressing real and pressing concerns. The rest of the country was dealing with day-to-day challenges like paying bills, getting their kids to school and into college, and staying safe in their communities. While Washington was stewing on the supposed next Watergate, Americans were enjoying record unemployment, a booming stock market and focusing on the story of their lives – not the D.C. story of the day.

It’s time for our country to move on. As the first part of the report made plain, Russian actors, whether they are paid hackers or state spies, must be held criminally accountable. Before the next election, we need stronger cybersecurity defenses to protect the sanctity of the electoral process of election voting systems and to guard against foreign manipulation of Facebook and Twitter.

But aside from this, let’s focus on the real issues. Tennesseans are recovering from devastating record floods last month that caused millions of dollars in property damage to homes and businesses. On Congress' very full plate is a humanitarian crisis at the border and an opioids epidemic killing 130 Americans on average every day. This week the Senate is starting a debate on the job-killing Green New Deal proposal. And as far global security threats, scrutiny should turn eastward to the rising surveillance state of China, a country that just won’t stop stealing American technology to boost its economy.

The country needs real leadership from Congress. It’s time for Democrats to move on and to focus on working with their Republican colleagues to deliver on their promises to the American public. I stand ready to join them in the spirit of bipartisan leadership.