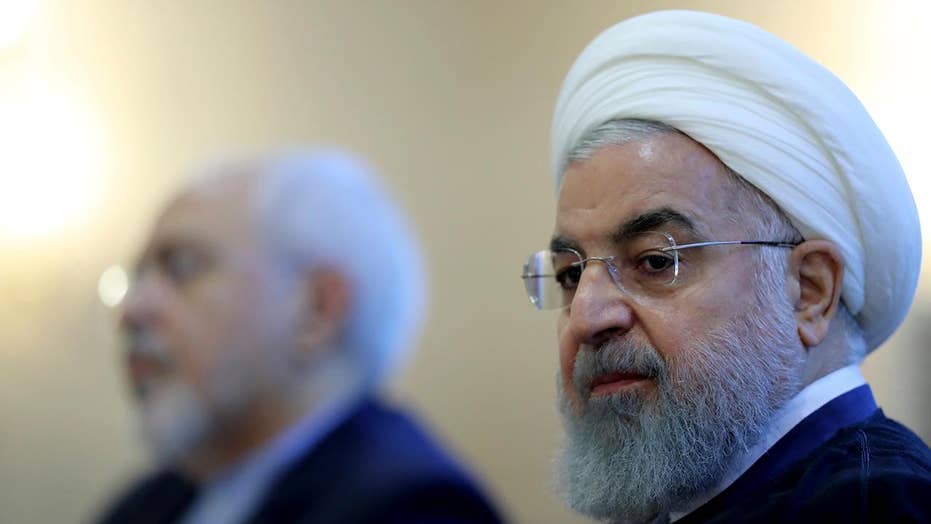 At a time when some question America’s support for its allies, and the Middle East is becoming ever more dangerous, a formal U.S.-Israel mutual defense treaty – more narrowly defined than those America already has with several dozen other countries – could promote regional stability.

Israeli Prime Minister Benjamin Netanyahu requested such a treaty in September and President Trump committed to discuss it further.

Israel is one of America’s closest, most reliable and capable partners, defending against our common adversaries in one of the world’s most important and volatile regions.

With the United States expecting friends to shoulder their fair share of burdens for collective defense, Israel stands almost alone in the extent of its self-reliance.

Yet Iran’s growing regional aggression and revived nuclear program are driving the region toward a major war that Israel alone might be forced to struggle to deter or win – and that could even threaten Israel’s existence.

Such a conflict could draw in other regional or even global players, leading to even broader conflagration.

This heightens the incentive for American policymakers to stave off such a conflict or mitigate its scope and intensity. A U.S.-Israel mutual defense pact could do just that, as existing U.S. treaty alliances with numerous other countries have done since the 1940s.

After initially proposing the idea last year, the U.S.-Israel Security project at the Jewish Institute for National Security of America (JINSA) issued a report in July advocating such a pact and providing preliminary text of a narrow treaty.

This offers an excellent starting point for serious discussion of a pact that would bolster shared deterrence while balancing each country’s strategic concerns – without committing American troops to Israel.

By declaring an attack on one to be an attack on both, a treaty alliance with Israel would help forestall serious conflict in the first place – not drag the United States into one.

At the same time, while America’s existing mutual defense treaties entail a range of obligations and coordination among allies, a U.S.-Israel treaty should be narrower in order to address each country’s concerns.

Israel has always held as bedrock principle that the Jewish state must be able to defend itself by itself, maintain freedom of action to conduct military operations, and eschew any treaty linked to concessions on territory or other regional security issues.

Meanwhile, Americans are reluctant to assume new responsibilities abroad and could be concerned that a mutual security pact might drag our country into Israel’s conflicts. Americans may also wish to avoid appearing to share responsibility for Israeli military actions.

To address these concerns, a narrowly defined U.S.-Israel mutual defense treaty should be based on a few principles.

Existing U.S. defense pacts with other countries state an attack on one is an attack on all. But a treaty with Israel should be strictly limited to exceptional circumstances in the Middle East.

The exceptional circumstances should be: the threat or use of weapons of mass destruction; a major attack or invasion by a regional or global power, or a coalition of powers; or an attack that severely threatens Israel’s economic viability or qualitative military edge.

These exceptional circumstances would exclude involving the United States in the routine, lower-level attacks that Israel can fully handle itself. The United States already assists Israel with these threats by helping maintain Israel’s “qualitative military edge” over other countries in the region.

The treaty should explicitly provide that both the U.S. and Israel retain the inherent right of self-defense and sovereign decision.

Each country should aspire to alert the other of impending actions that could impact the other, as they generally do already. However, a mutual defense pact would acknowledge that neither nation is required to provide prior notification or seek approval to act in self-defense – just like all existing U.S. treaty alliances.

The U.S.-Israel relationship already features many of the responsibilities and benefits of a formal alliance. A mutual defense pact would not significantly alter the daily life or obligations of either country.

However, such a treaty – if ratified by a two-thirds majority in the Senate – would cement the U.S.-Israel relationship and help prevent further conflict in the Middle East. The United States and Israel should formally declare that a grave threat to one is a grave threat to both.

Michael Makovsky, a former Pentagon official, is president and CEO of the Jewish Institute for National Security of America (JINSA).