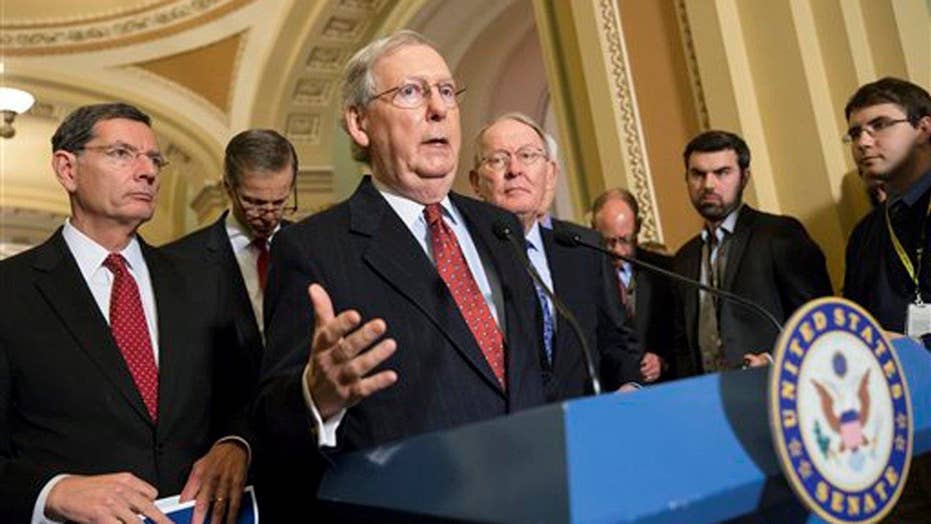 Congress is often characterized as a place of partisan bickering and gridlock—where debate and partisan rancor is widespread, but little is actually accomplished. Too often, this assessment has proven accurate. But last fall, the American people decided to change that, sending a Republican majority to the U.S. Senate. Since January, and under Republican leadership, the Senate has delivered on our promise to pass legislation to help American families, grow our economy, and keep us safe.

At the beginning of the 114th Congress, I introduced the Justice for Victims of Trafficking Act—legislation aimed at defeating the scourge of human trafficking in this country. Human trafficking is a horrendous practice that, tragically, can be found in every state. Fortunately, members in both parties, and in both Chambers, understood the great need to urgently fight this reprehensible practice.

Legislators from across the political spectrum united under a common cause: to help victims of modern-day slavery recover and rebuild their lives. In the spring, the Justice for Victims of Trafficking Act passed with 99 votes in the Senate, and paved the way for these brave survivors—some young children—to find a path to healing. It’s now the law of the land.

Congress also tackled major issues concerning our national security. This fall, both Chambers overwhelmingly passed the National Defense Authorization Act (NDAA). The NDAA is integral to ensuring that our military is resourced, trained and ready for action when called upon.

And in the wake of several serious security breaches of federal government computer servers over the summer—and the brazen theft of the personal information of millions of Americans—the clear need for robust cyber security legislation became even more apparent. So, the Senate passed the Cyber Information Sharing Act to give the public and private sectors the tools to act more nimbly when attacks are detected.

We’ve also passed legislation to grow our economy not just for today, but for years down the road. In June, Congress passed Trade Promotion Authority (TPA) legislation. TPA is a blueprint for pending and future trade negotiations—one that ensures that American farmers, ranchers, and manufacturers get the best deal possible. By setting the ground rules on agreements with countries in Asia, Latin America, and Europe, TPA opens doors of opportunity to our country’s businesses around the world, and is essential to growing our economy.

But perhaps the most significant achievement was confronting entrenched policy problems that proved too divisive or complicated to tackle in the past.

In April, Congress came together to bring about much-needed reform to the payment system for doctors who treat Medicare patients. The legislation preserved seniors’ access to care, and ended years of uncertainty for physicians.

Congress also passed the first significant education reform since 2001. The Every Student Succeeds Act ensures that parents, teachers, and local school boards will hold the reins to their children’s education, not the federal government.

And for the first time in more than a decade, Congress passed a multi-year transportation bill—the result of hard work across party lines over the course of this year. Passage of this bill marked an end to years of short-term extensions, and will allow states the freedom and flexibility to plan for and deliver major transportation and infrastructure projects across the country. This will help make our nation’s transportation system safer and more efficient, and lays the groundwork for even greater economic growth.

Last fall, Republicans set the bar high for the new Senate majority. We pledged to get back to work, and to create and pass substantive pieces of legislation. We did that, and proved that inaction didn’t have to be the norm. Effective governance and principled leadership doesn’t shy away from confronting long-standing, seemingly intractable policy problems head-on.

As we look to the year ahead, our work is far from over. But by keeping the American people in the drivers’ seat, we will continue to deliver real solutions for our country.