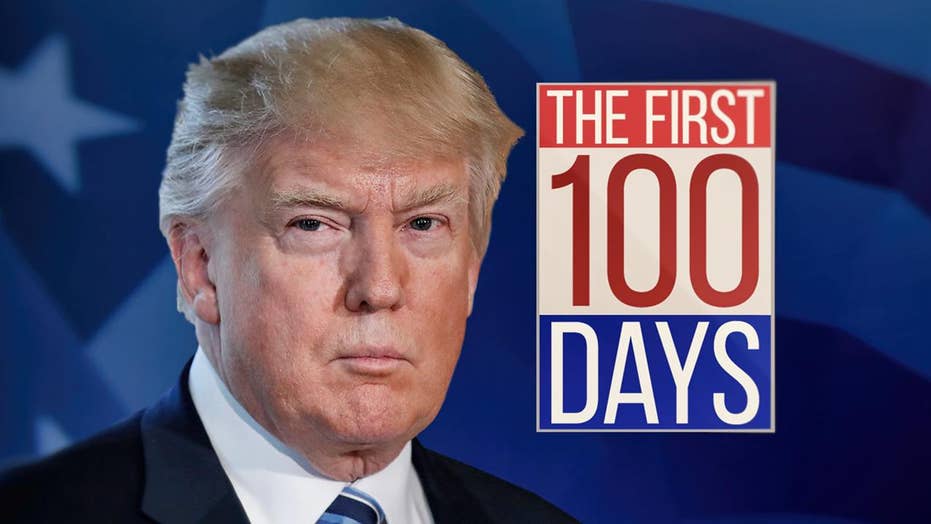 Turnarounds are messy. Turnarounds take time. Turnarounds often break some eggs in the early stages, but a successful turnaround starts with a serious change in direction.

President Trump immediately signified that change when he nominated Justice Neil Gorsuch to the United States Supreme Court. Justice Gorsuch is a mainstream judge and the first Supreme Court nominee confirmed by the Senate within the first 100 days of a new administration since 1881. In doing so, Trump set the trajectory of our nation’s highest court for decades.

In a successful turnaround, you have to be willing to take some steps that may seem unorthodox. That includes dismantling the current system and deciphering what is really necessary to survive.

President Trump signaled his willingness to significantly restructure and cut down the size of the federal government. He directed all federal agencies to identify and root out waste. He’s taken action to review overreaching federal rules – like the EPA’s Waters of the U.S. and Clean Power Plan – that are holding back our economy.

Additionally, Congress has embarked on the boldest rollback of federal regulations since Ronald Reagan by passing thirteen pieces of legislation dismantling the current regulatory regime.

In a successful turnaround, you have to be willing to adapt to any unforeseen challenges. President Trump has done so when it comes to making major policy changes to our health care system and changing our archaic tax code to provide middle-class relief and boost our competitiveness with the rest of the world.

Republicans and Democrats are at the table talking about how to advance a health care solution and tax package that can pass both chambers and be signed into law.

Largely as a result of these efforts, we’re seeing the early signs of a potential economic turnaround. Job one is to grow the economy and create jobs, and there are clear signs that we are moving in the right direction.

Equally important, America is re-engaging with our allies and others globally.

President Trump and his national security team have re-established our national priorities. They have been explicit with China, Russia, North Korea, NATO, and the United Nations. We’ve finally begun to do secure our borders and protecting law-abiding Americans. Decisive action has been taken to show both ISIS and Bashar Al-Assad that we will not draw red lines and then cross them.

Unfortunately, many in Washington – members of both political parties – still don’t understand how our new president operates. They are biased towards failure, because they don’t understand the real world President Trump and the team of business people he has surrounded himself with come from, where leaders are held accountable to deliver results.

The reality is President Trump’s early success is a direct result of his refusal to conform to Washington as we know it.

From what I’ve witnessed personally, President Trump is a thoughtful leader. He brings diverse stakeholders to the table and drives consensus. He outlines a clear mission and moves at a business pace, not a bureaucratic pace.

We all know Washington does not like change. People are inherently adverse to change. Change is hard to visualize or even accept until it has already happened. Washington needs a complete turnaround and President Trump is in a position to help make that change stick.

I’ve been through tough turnarounds in my business career. This one, like most, is not always pretty, but I like what I’m seeing so far. There’s much more that must be done, though.

Ultimately, we have to develop a long-term plan for tackling our national debt crisis. That means changing Washington’s broken budget process, eliminating other redundant agencies, saving Social Security and Medicare, and getting after the real drivers of spiraling health care costs.

With this president’s leadership in his first 100 days, we are in a position for this turnaround to succeed. We have the potential to finally grow the economy and make Washington work. I know President Trump didn’t run to simply accept a broken system, and neither did I.

If we get it right, we really can unleash a new era of economic prosperity for everyone, and restore America’s role as a leader in today’s turbulent world. We are well on the way to doing so, but there is much more heavy lifting to be done and we are just getting started.

U.S. Sen. David Perdue is a Republican representing Georgia. He serves on the Armed Services, Budget, Agriculture, and Banking Committees.