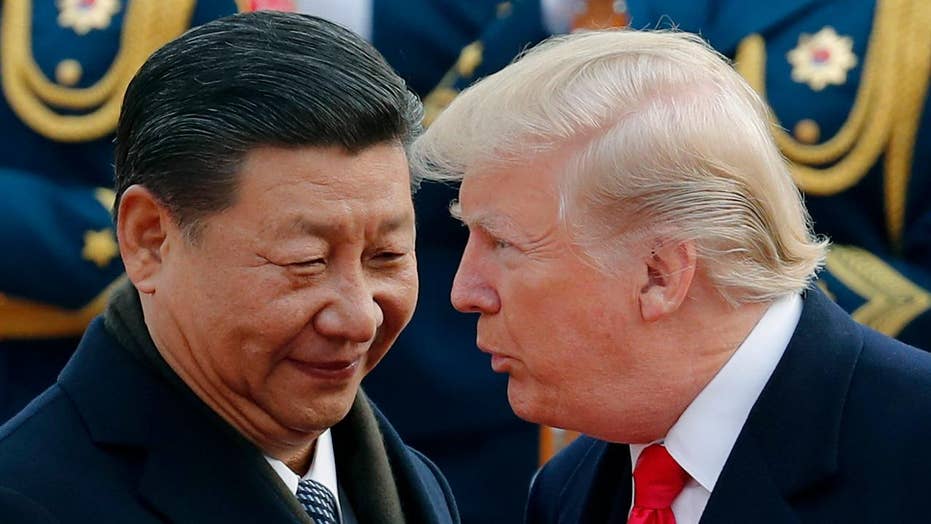 Has the US entered a new Cold War with China?

The relationship between the United States and China has been called the most important bilateral relationship of the 21st century. I couldn’t agree more. It’s also the most complicated.

Trade, economic development and technological innovation are just a few of the issues currently putting pressure on relations between our two nations. As the United States attempts to navigate the challenging dynamics at play, it’s critical to approach these issues from a position of strength.

China is the United States’ largest trade partner, accounting for more than 15 percent of all American exports. Last year, trade of American goods and services with China totaled an estimated $710 billion. Of that $710 billion, America exported roughly $187 billion compared to the approximately $522 billion of Chinese imports. That’s about a 3-1 import to export ratio.

As Iowa’s senior senator and a family farmer, I’m particularly concerned about agricultural trade. Total U.S. agricultural exports to China in 2017 totaled $20 billion. Agricultural products form the backbone of Iowa’s economy. The same is true for many Midwestern states. China is the largest consumer of U.S. soybeans, buying nearly 60 percent of Iowa’s soybean exports. Corn, pork and pork products are also significant American exports to China. Uncertainty in trade, rising tariffs and the potential that China finds new markets for these products would be devastating to Iowa and farmers throughout rural America who depend on access to the Chinese market for their products.

Farmers and agribusinesses are not alone. The automotive and machinery industries also feel the effects of strained relations between the United States and China. For years, China has engaged in unfair trade practices and the United States must stand up for American interests. President Trump and his administration have taken a hard line on trade with China. They are working to balance trade inequalities and I support their efforts.

For too long, China has aggressively pursued practices that undermine American ownership, innovation and entrepreneurship. It also isn’t playing by the rules of the World Trade Organization (WTO).

Given that China remains a dictatorial regime that is daily revealing its aspirations to influence and control other nations around the globe, we should not be complacent about what that means for freedom around the world.

China has the second largest economy in the world with $13 trillion GDP and is an influential player in the development of the global economy. Yet, it still declares itself a developing nation and therefore receives more leniency from the WTO. At the same time, China is systematically buying up American assets and issuing predatory loans to actual developing nations.

I voted to approve China’s seat at the table to join the WTO. Its inclusion opened market access to the world’s most populous nation. But it is long past time for China to keep its commitments and follow the rule of law. That includes not only fair trade practices but also respecting intellectual property.

China conducts and supports cyber intrusions and other forms of economic espionage against American companies. The IP Commission estimates that the cost to the U.S. economy from counterfeit goods, pirated software and the theft of trade secrets could be as high as $600 billion annually.

China’s pursuit of U.S. technologies can’t be underestimated. It must be called out for its programs and practices that exploit America’s free market system and steal American ideas and innovation through coercion and outright theft. If we allow this to continue, U.S. businesses will be at a competitive disadvantage, threatening America’s long-term prosperity, economic growth and job creation.

On a congressional delegation trip to China earlier this year, I saw with my own eyes the economic development of this world power. It is home to four the world’s 10 biggest internet companies measured by market capitalization. This “developing” nation is outpacing the United States in the 5G race. Nearly half of China’s students are studying engineering compared to the United States where only approximately 6 percent of students pursue engineering degrees.

China’s next generation is acquiring the knowledge and skills necessary to overtake America’s spot as the global economic leader and it will happen faster than we realize if we do nothing to stop it. Given that it remains a dictatorial regime that is daily revealing its aspirations to influence and control other nations around the globe, we should not be complacent about what that means for freedom around the world.

President Trump, U.S. Trade Representative Robert Lighthizer, U.S. Ambassador to China Terry Branstad and so many others are taking aggressive steps to right the wrongs perpetrated by China against the United States and put our nation back on an even playing field. Congress is pursuing legislative solutions and reforms to make it harder for China to engage in unfair and illegal practices. This will be achieved through higher scrutiny of the EB-5 Investor visa program and the United States Foreign Investment Review Act, which would require increased review of proposed foreign investments and their potential impact on the U.S. economy.

These are important steps forward but it’s critical we don’t let off the gas pedal. America must continue showing a strong, united front against China’s egregious efforts to lie, steal and cheat its way to being the world’s economic leader. Otherwise, the United States is sure to fall behind.