Dan Springer reports on the mixed messages coming out of Seattle on prosecuting violent protesters.

Plagued by surging violent crime and uncontrollable homelessness, Seattle business owners have had it. They are getting out of town before their employees or customers are seriously injured. Residents are following suit.

Seattleites are being chased by aggressive, mentally ill homeless people. Professionals are dodging human waste on sidewalks as they walk to business meetings. Antifa riots are still destroying storefronts, deadly overdoses are surging, and police are leaving the hamstrung department in historic numbers.

Seattle is on life support, while the mayor and City Council remain silent on the worsening crisis.

LIZ PEEK: BIDEN'S EARLY BLUNDERS – HERE'S HOW HE COULD HURT DEMOCRATS IN 2022

A rash of business closures have hit Seattle, threatening the city’s COVID recovery. In downtown Seattle alone, over 160 businesses have permanently closed their doors according to a new report. It’s created an office vacancy rate of 12% – a five-year high. While area activists blame COVID, the business people leaving are clear with their motivations.

"We had one female employee chased into a Starbucks," Megan Gluth-Bohan told a local TV station. "Business partners coming in for meetings were dodging human fecal matter and homeless people on the sidewalk... [An employee] had her driver's side window down working the parking machine, and someone attempted to enter her car."

Gluth-Bohan is the CEO of TR International, a global chemical distributor that has called Downtown Seattle its home for over two decades. They’re moving to Edmonds, Wash., about 15 minutes north. She’s not alone.

"These people, because they're poverty stricken or drug addicts or whatever you wanna call it, [city leaders] are allowing them to get away with whatever they want to do," Mason McDermott of Car Tender told me on my Seattle-based talk radio show.

He and his father grew tired of the city’s fringe politics, especially after their automotive repair shop was caught in the middle of the deadly Capitol Hill Autonomous Zone, with radicals threatening to burn it to the ground if they didn’t do as they said. They moved their business 10 miles north to Shoreline, Wash.

"A string of break-ins, bricks through our windows, people coming in just in broad daylight with big groups, taking armloads of gear," he complained. "Hard to operate and keep our staff safe at the same time."

These complaints aren’t new, but are growing louder as the city still reels from the Inauguration Day riot by Antifa agitators. The mob burned American flags, vandalized offices of ICE agents and the Federal Immigration Court, and destroyed the storefronts of businesses, including the original Starbucks at iconic Pike Place Market.

The demand was ignored. Instead, the council plowed ahead, making the situation worse. In fact, all of last year, the council ignored the city’s problems, and tripled down on the very policies that put Seattle in its precarious position.

They passed legislation handcuffing police responses to the very kinds of rallies that turn into the Inauguration Day mob the businesses complained about. Councilmember Lisa Herbold is drafting a "poverty defense," which effectively legalizes most misdemeanor crimes if the suspect is either homeless or an addict. Councilmember Teresa Mosqueda spearheaded a potentially crippling payroll tax – during a pandemic – that just took effect.

It’s hard to justify paying high rents in Seattle with exploding crime and homelessness, especially when you can’t enjoy amenities like parks that residents pay high taxes to maintain. 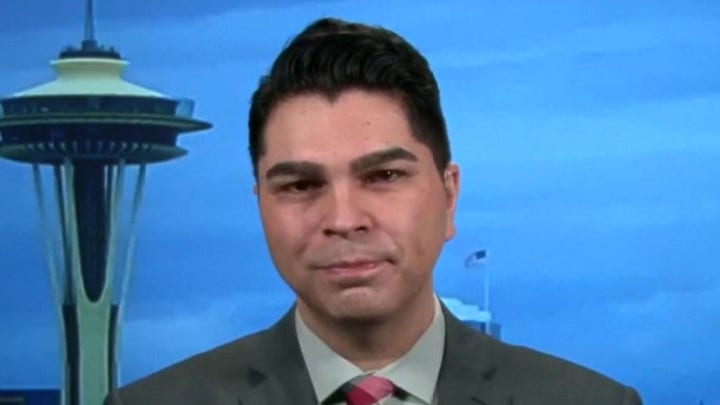 Meanwhile, Seattle’s murder rate rose an astonishing 61% in 2020 – its highest number of homicides in 26 years. And with a surge in rapes – January already registered 29 cases – people are feeling scared.

Seattle is the harbinger for Washington. As I say on my radio show, bad policies of Seattle always spread. And they have. With one-party control in the state legislature and governor’s office, Democrats have pushed forward with a number of radical bills.

One decriminalizes hard drugs, effectively legalizing them, adopting the same permissive policy crushing Seattle. Another takes Seattle’s approach of offering endless chances to criminals, by mandating courts ignore juvenile crimes of adult defendants when sentencing. Mimicking Seattle’s insatiable appetite to tax, a so-called "wealth tax" hits the state’s uber-wealthy. Plus, there’s the gas tax that could add up to $1 per gallon and a capital gains tax – all while the state tries to recover from the pandemic.

We’re starting to see signs that residents are willing to leave as the Seattle creep hits other Washington cities.

In U-Haul’s annual migration report, Washington went from the fifth most desired place to live, to number 36. To fall that far, people must be escaping. North American Moving Services saw the ratio of customers moving into vs, out of Washington at 49% vs. 51%.

Billionaire businessman Peter Rex moved his tech firm to Austin, Texas, because Washington was "hostile to the principles and policies that enable people to live abundantly in the broadest sense." He also cited the autonomous zone behind his decision.

Joey Rodolfo made a similar move. Sick of the region’s love affair with socialist policies, he moved the luxury sportswear company he co-founded 38 years ago to Tucson, Ariz.

As is often the case, the writing's on the wall. We see the crisis, we see residents flee, and we see victim data pile up. Unfortunately, we still see politicians ignoring the issues, pushing ideologically driven policies that will only make the situation worse.