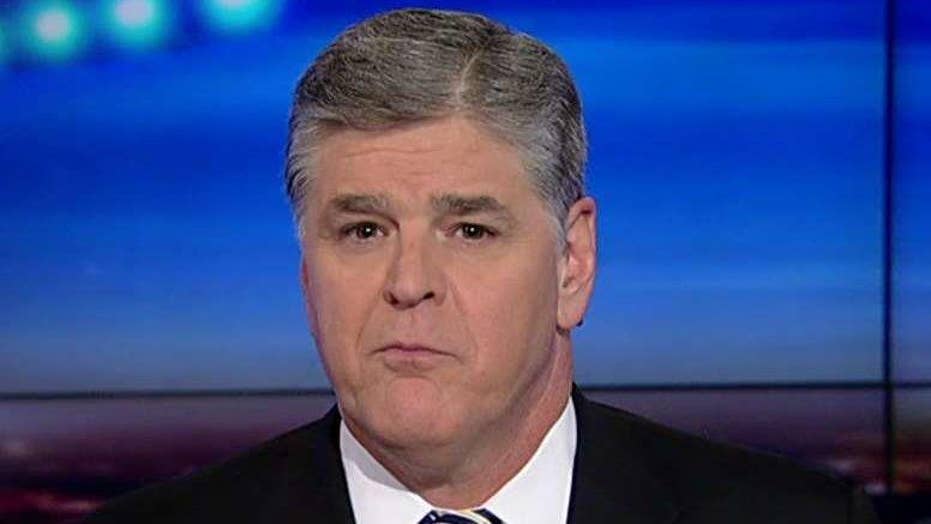 Hannity: Freedom Caucus not to blame for health care failure

This legislation was flawed from the beginning

After the House Republican leadership's plan to repeal and replace ObamaCare stalled in Congress, the mainstream media decided the Trump presidency is dead in the water.

Since taking office, President Trump has been checking off his campaign promises, one by one. It’s obvious that the president has been moving very fast and effectively, at what I call “the speed of Trump.” And now, there’s a danger that infighting in the Republican Party could undermine the president's agenda.

Trump even noted this potential problem with a Thursday morning tweet aimed at House conservatives who some blame for the health care reform debacle.

"The Freedom Caucus will hurt the entire Republican agenda,” Trump tweeted. “If they don't get on the team and fast, we must fight them and Dems in 2018."

The president is clearly frustrated with this division in the Republican Party. It’s understandable.

Republicans should control Washington. And they should have a unified plan to implement their agenda.

In my opinion, it's not the Freedom Caucus that's responsible for the GOP failure to repeal and replace ObamaCare. The legislation put forward by the House leadership was flawed from the beginning. It was created behind closed doors, and no Freedom Caucus members saw it until it was rolled out. That made it a disaster.

My advice to Speaker Paul Ryan and the rest of Congress is simple: Get all the differing factions in your caucus together. Get them together with senators like Rand Paul and Mike Lee and Mitch McConnell and Health and Human Services Secretary Tom Price.

Get everybody in a room, lock the door, order pizza and beer. Don’t come out until you have a consensus bill like the one you've been promising the country for eight years. And when you do, take it straight to the president's desk.

Your mission is to keep your promise. It's not ideology. It's what's good for the American people and it is no more and no less than what you said you would do.