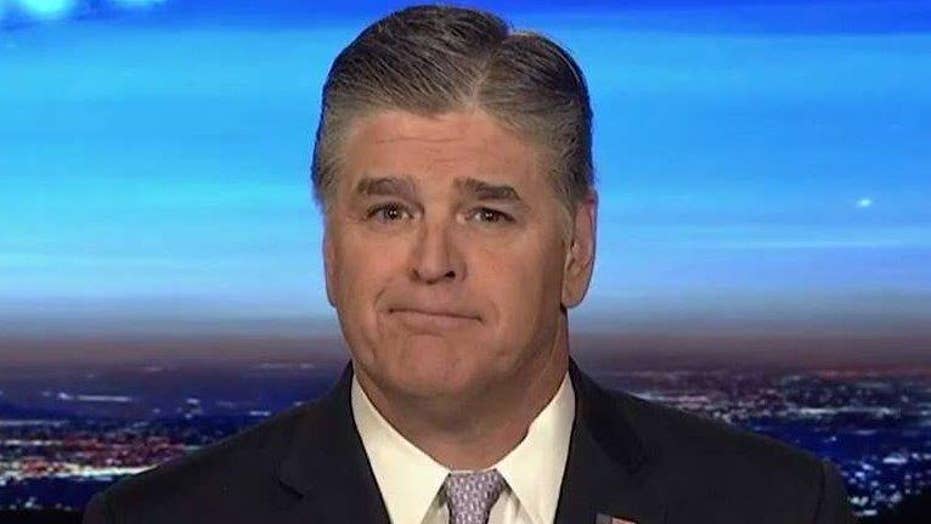 Hannity: Stifling of speech should trouble every American

The alt-radical left loons continue to expose themselves as out-of-control fascists hell-bent on stifling any speech in America that dares to challenge their politically correct worldview.

What happened in Berkeley should trouble all of us, because it's our constitutional right to free speech that's being trampled upon. College campuses in this country are no longer environments for learning, robust debate and the free and open exchange of ideas. Rational thinking has been replaced by safe spaces and micro-aggressions. Campuses are now closely guarded places where holier-than-thou left-wing liberals are indoctrinating our kids.

This madness has got to stop. It's time to take a stand with me now before it's too late.

In the case of Ann Coulter, all she was going to do Thursday at Berkeley was give a speech about America enforcing immigration laws. She explained this to my colleague, Tucker Carlson.

“You weren't going to call for war or violence or anything like that?” Carlson pressed. “You were just going to say existing laws ought to be enforced? And that was considered too radical?”

Carlson had it right, Coulter said. She merely intended to tell her audience that local governments ought to respect and help enforce federal law. Snowflake liberals threatened violence and feigned outrage all because Coulter wanted to talk about enforcing laws already on the books.

This is just the tip of the iceberg when it comes to these snowflake liberals freaking out and shutting down any and all conservative voices. Earlier this month at Claremont McKenna College, agitators cut short a speech from conservative author Heather Mac Donald by using what she called, "brute, totalitarian force."

A couple weeks ago at Duquesne University in Pennsylvania, a student group actually protested a proposed Chick-fil-A restaurant -- which I love -- on campus, claiming that it could jeopardize the school's safe spaces.

We are dealing with the sick reality that our kids are being subjected to fascism on campuses every day. If you don't subscribe to the rigid, left-wing ideology being pushed by the so-called tolerant, alt-radical left, you're going to be shut down and silenced by any means necessary.

Fight back. This madness has to stop.