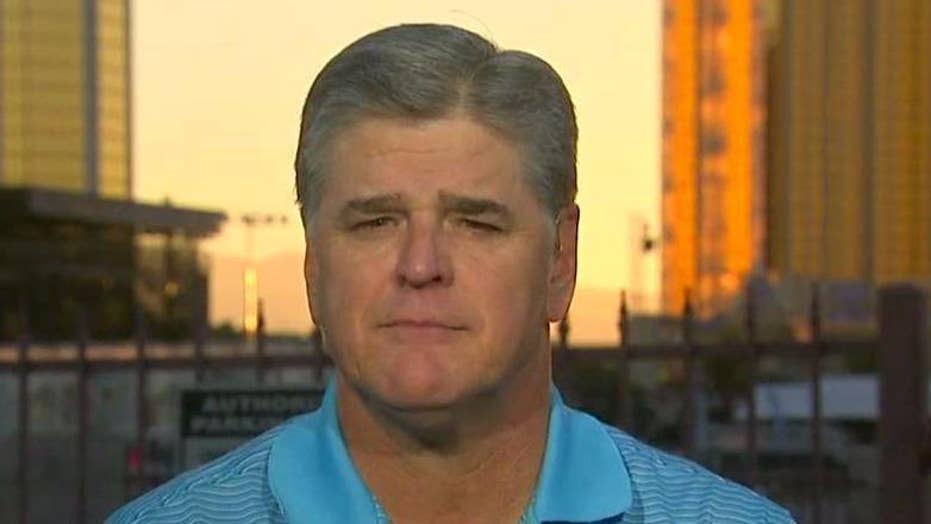 Hannity: The left doesn't believe in the Second Amendment

Hollywood liberals are massive hypocrites when it comes to the issue of gun control.

In the wake of the Las Vegas massacre, some pundits are calling for the shredding of the Constitution and the eradication of our right to keep and bear arms.

Leading the charge is so-called conservative New York Times writer Bret Stephens, who is also a contributor over at conspiracy factory MSNBC.

“Repealing the [Second] amendment may seem like political mission impossible today, but in the era of same-sex marriage, it's worth recalling that most great causes began as improbable ones,” Stephens wrote. “Gun ownership should never be outlawed, just as it isn't outlawed in Britain and Australia. But it doesn't need a blanket constitutional protection, either.”

Good luck to any law-abiding citizen of those countries who wants a gun for protection. And anyway, it has been demonstrated over and over that banning guns does not prevent crime. In fact, it is just the opposite. More guns prevent crime. All banning guns will do is prevent good people from having the ability to protect themselves and their families from those that do us harm.

Unlike a lot of liberal celebrities and politicians, regular folks don't have armed guards or live in big houses with expensive security systems. So, if people like Michael Moore, Bret Stephens really believe in repealing the Second Amendment, then let them leave themselves and their families unprotected.

House Minority Leader Nancy Pelosi, who of course travels with armed security, gave away the real game plan when she weighed in on ‘bump stocks, the attachment that Stephen Paddock did used to make a semiautomatic rifle fire at a faster pace

“[Gun rights groups] are going to say, if you give them ‘bump stocks’ it's going to be a slippery slope,” she said. “I certainly hope so.”

Then, Pelosi said “There are many more things members want to do.”

They want to ban all guns. They want to disarm millions of law-abiding American citizens and prevent them from being able to protect themselves, their children, their wives, their families.

Let’s have the conversation. But let’s not allow Democrats and their handmaidens in the corrupt media to use a tragedy to advance their agenda while the dead await burial and the survivors fight for their lives people in the hospital.