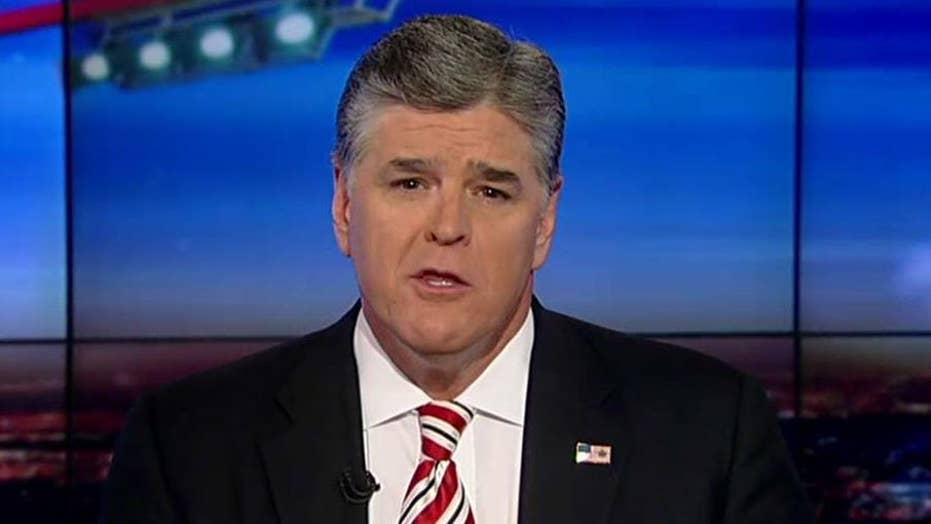 Hannity's message to the press: You've been exposed as fake

It's time to drain the media swamp.

The abusively biased mainstream media continues to prove it is fundamentally incapable of covering President-elect Donald Trump fairly. CNN -- the Clinton News Network -- continually goes after President-elect Trump, and it seems to get worse with each passing day.

“Donald Trump is showing signs tonight of being a sore winner,” correspondent Jeff Zeleny said recently. “The president-elect is suggesting, with zero evidence to back up his claim, that he won the popular vote and he's a victim of widespread election fraud.”

Is that fair and balanced? Trump can handle himself, and responded by tweeting that "CNN is so embarrassed by their total 100 percent support of Hillary Clinton and yet her loss and a landslide, they don't know what to do."

The liberal mainstream media is not interested in the truth or facts. They're all about pushing their radical alt-left agenda. They want to damage President-elect Donald Trump.

Zeleny, a former New York Times reporter, has covered presidents before, but never the way he seems to cover Trump. Consider this probing question he lobbed to President Obama early in his first term.

Enchanted? Really? He had the chance to ask the president a real question, and that's the one he picked? Zeleny is not alone at CNN, where Trump-bashing goes on 24/7.

“This really speaks to incompetence,” CNN host Chris Cuomo said after Trump complained about voter fraud. “They can't keep the president-elect from making a fool of himself on Twitter by saying that millions of people voted illegally. He looks foolish saying something like that.”

I've been saying since 2008, journalism is dead, and those were only a few of the countless examples that prove it.

The liberal mainstream media is not interested in the truth or facts. They're all about pushing their radical alt-left agenda. They want to damage President-elect Donald Trump.

So my question is, why should Donald Trump grant equal access to all of them? In this day and age of social media, he doesn't need the press to connect with you, the American people.

My message to the press is simple: You guys are done. You've been exposed as fake, as having an agenda, as colluding. You're one big fake news organization.

Sean Hannity currently serves as host of FOX News Channel’s (FNC) Hannity (weekdays 9-10PM/ET). He joined the network in 1996 and is based in New York. Click here for more information on Sean Hannity.
ADVERTISEMENT