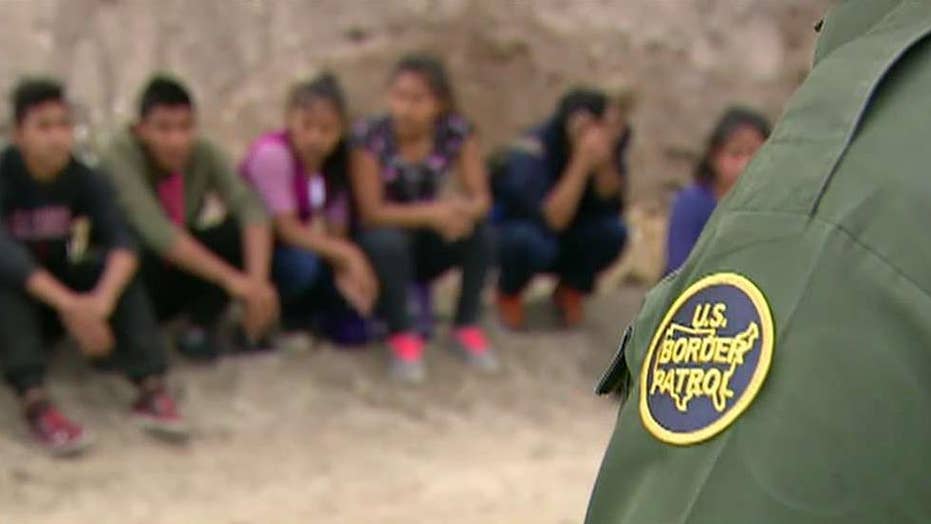 The El Paso border sector is getting some relief from interfaith groups who are taking in migrants; Casey Stegall reports.

President Trump owes his presidency largely to evangelical Christians. With four out of five white evangelical voters supporting President Trump in 2016, they made up the core of his voting base. But unless he takes a more compassionate approach to immigration reform, he may not be able to count on the same support in 2020.

In recent years, evangelical Christians have been seen as staunchly unsympathetic to immigrants. This view is somewhat merited: A 2017 poll found that three-quarters of white evangelicals supported the “travel ban” preventing refugees and others from Muslim-majority countries from entering the U.S.

But evangelical views on immigration are far more nuanced than most people realize -- and polling results on policy do not tell the whole story.

In my leadership of World Relief -- the humanitarian arm of the National Association of Evangelicals -- I have witnessed firsthand how evangelical Christians across the U.S. serve the vulnerable foreign-born in their communities in remarkable ways.

Church groups welcome refugees at the airport. Church-based volunteers minister to asylum seekers trapped for months in detention centers. ESL teachers spend their evenings in church basements with immigrants eager to learn English. And individuals and families within churches offer support to refugees over the long process of integrating into a new culture to become independent and flourishing members of their communities.

About three quarters believe that Christians have a responsibility to assist immigrants, even if they are in the country illegally. And more than a quarter say their congregations are actively engaged in assisting immigrants locally.

These pastors aren’t out of step with their congregants.

An earlier LifeWay Research poll of evangelical Christians found the significant majority support immigration reforms that would pair improvements to border security with an earned path to citizenship for immigrants in the country illegally who pay a fine and meet other qualifications. Just 16 percent were opposed to such a deal.

If President Trump heeds evangelical voters’ evolving concerns, he could have an unprecedented opportunity to resolve a long-festering problem in our immigration system and accomplish something that his two immediate predecessors tried and failed to do.

During the first few years of his administration, President Trump has instituted severe immigration policy changes, including virtually decimating the U.S. refugee resettlement program; separating thousands of children from their parents; and attempting to withdraw legal protections and work authorization from more than a million beneficiaries of Deferred Action for Childhood Arrivals and Temporary Protected Status.

As a pastor and a white evangelical, I fear that perceived evangelical political support for such policies will hinder the mission of the church to defend the vulnerable.

Evangelicals don’t generally support illegal immigration; in fact, 87 percent of pastors surveyed said they believe the government has a responsibility to stop illegal immigration. But evangelicals also believe in redemption. They want a way for immigrants in this country unlawfully to be able to make things right, to earn citizenship.

For most evangelicals, it’s important that reforms respect the rule of law. The significant majority of evangelicals don’t think of a legalization process as amnesty; instead, they see it as acknowledging the violation of the law and making restitution.

This is not a radical idea -- it’s actually a core element of past bipartisan comprehensive immigration reform packages.

Through the power of the church, evangelical Christians play a tremendous role in helping and ministering to immigrants and refugees both inside and outside the U.S. And as evangelicals continue to reshape their views on immigration policy, they can play an integral role in helping to bring positive and comprehensive immigration reforms to the U.S.

Scott Arbeiter is the president of World Relief.