Heartbreaking images of a migrant father and 23-month-old daughter who drowned trying to cross the Rio Grande have been released by the AP.

Many of us were horrified on Tuesday to see the picture of the bodies of a Salvadoran father, Oscar Martinez Ramirez, and his 2-year-old daughter, Valeria, washed up on the banks of the Rio Grande in Mexico.

Valeria’s tiny arms were wrapped in the shirt of her father, desperately clinging to him, clinging to life. Oscar must have fought to the final terrifying breath to save his daughter from drowning until, tragically, they were both overcome. My first instinct when seeing the photo on the screen of my phone was to turn away. It was too hard, too graphic, too brutal and too personal.

Yet I just returned from a visit to the border, where I visited churches providing assistance to migrants like Oscar and Valeria, and I know that turning away is the easy answer. We need to let this image, and the story of desperation behind it, break through our defenses. What would cause a family to face such danger? What would compel parents to put so young a child at risk? 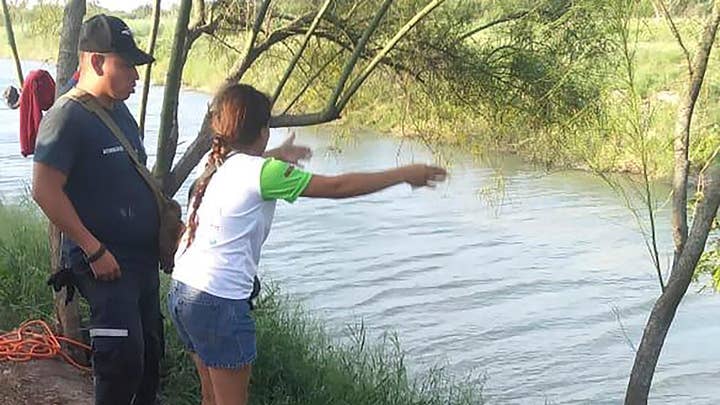 I think of the Honduran father I met on Friday, recently released from a detention facility. An engineer with a good job, he thought he was providing a safe environment for his family – until his 12-year-old daughter was raped by a gang.

Enraged, he sought out the gang leader to demand that she be left alone. The next day, members of the gang sprayed his home with bullets as he narrowly escaped out the back with his family.

With nowhere in Honduras to turn where he feels he can protect his daughter from their reach, he made a dangerous journey to the U.S. I would make the choice he made to save my daughters. As I allowed the grief and tears for this family to wash over me, conviction stirred in my heart.

Will this horrific image be enough to shake us from our complacency? Will these stories provoke a response from followers of Jesus, who himself was forced to flee persecution and find safety in a foreign land as a child? Will the broader evangelical church rise to the calling to be the champions of the poor rather than the defenders of the status quo?

As the president of World Relief, the humanitarian arm of the National Association of Evangelicals, I grieve that so many of my own evangelical friends, sincere in so many beliefs, seem to disregard the very poor and vulnerable whom Christ commands us to protect.

The migrants and refugees seeking to come to America are among the most vulnerable people in the world – and they are disproportionately women and children. But white evangelicals have been the strongest supporters of policies that shut the doors of our nation and dismantle structures of compassion that have long been part of our national heritage.

Beyond caring for the displaced and vulnerable, Christ models and commands us to show compassion for children. He scolded his disciples for undervaluing children and told them that we all need the faith of a child to enter the kingdom of heaven. We cannot disregard these children because they are poor, desperate, speak another language or have darker skin.  If the plight of these children does not cut through to the core of our faith and our compassion, what will? If denying basic needs, care, and supervision to the children held in detention centers does not cause us outrage, what will?

Christians must also not miss the fact that many of these families are devout believers themselves. They are our brothers and sisters who speak boldly of their faith in God and their trust in him to deliver them from their fears. If we hope to stand with them in heaven, how can we not stand with them now?

We are at a turning point in this debate. We must reject the wildly inaccurate narrative that the migrant population is comprised of criminals seeking to do us harm. Most are families fleeing for safety and seeking a chance to provide for their children, just as my ancestors from Austria and Germany did a century ago. Many who apply for asylum will not qualify and will return home. But all who come to present themselves for asylum at our border should be allowed to receive due process – a consideration guaranteed by U.S. law. And while they wait for a decision, they should be treated humanely.

Safety and security matter. An open-borders policy would be foolish and irresponsible. The U.S. has the right and responsibility to protect its borders. In El Paso, I learned from and prayed for heroic members of the Border Patrol. I can testify to the important and nearly impossible work they do to simultaneously protect our borders and process asylum-seeking families. But Congress and the White House must appropriate adequate funds for the crisis at hand, with an unprecedented number of children and families arriving to seek asylum.

The responsibility lies with all of us, who have voted for leaders who for decades have lacked the political will, courage and creativity to address longstanding problems in our immigration system. We have focused almost exclusively on security and have too often failed to be compassionate. These goals are not mutually exclusive.

We must not look away from Oscar and Valeria, nor forget the deaths of hundreds of other migrants who chose the potential terror of a river crossing and then detention over the certain terror of their homelands in Honduras, Guatemala and El Salvador.

It’s time for America to say “no more” – and time for the evangelical church to lead the way.

Scott Arbeiter is the president of World Relief.