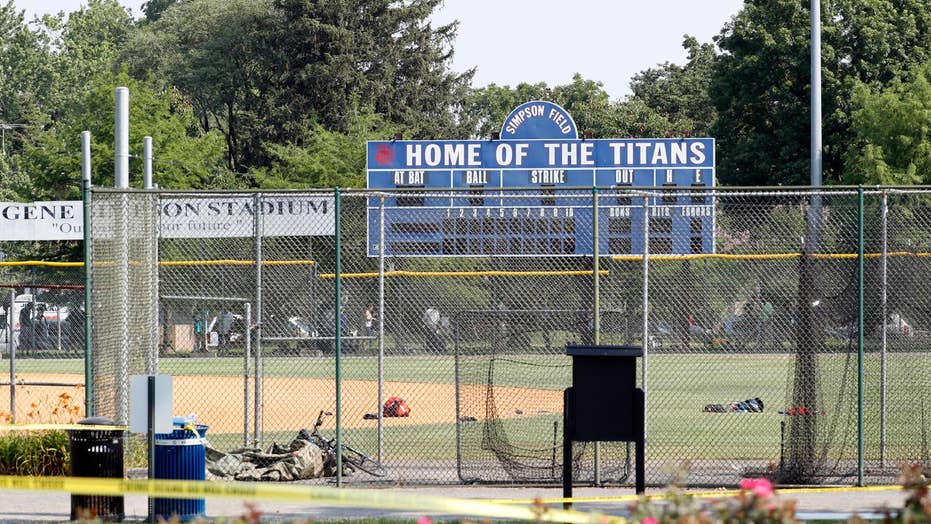 Her husband, the father of their two beautiful children, was shot in what appears to be a premeditated, politically motivated attack against Republicans.

The families of two police officers, a Republican congressional staffer and a former staffer also received that dreaded call.

Most ironically, this attack happened during baseball practice for a bipartisan, charity game scheduled for Thursday.

There were twenty-one members of Congress at this practice, as well as some of their family members (including children) and staffers. But for the fact that Rep. Scalise is the House Majority Whip with a private security detail, this could have been a massacre.

As a fellow congressional spouse, I have been worried sick that something like this could happen and I have publicly stated on many occasions my concern for the uniquely heated political rhetoric coming from the Left.

The civility and decorum of political debate has devolved since the election of Donald Trump at a breathtaking clip.

I know Republicans who are afraid to say they are Republicans and support Donald Trump. Over disagreements about the proper role of government, Republicans are regularly called racists, homophobes, Islamaphobes and sexists.

Today, Democrats regularly impugn the motivations, decency, and even the humanity of their political opponents.

Just a week and a half ago, Kathy Griffin reenacted a beheading of our president.

This week in a Shakespeare play in New York, liberals publicly reenacted yet another assassination of President Trump.

Members of Congress have been screamed at, insulted, and run off the road by angry Democrats.

The so-called peaceful “women’s” rally in Washington included musings of blowing up the White House by star guest speaker, Madonna.

Trump headquarters in North Carolina was firebombed during the primary, and let’s not forget that Vice Presidential candidate Tim Kaine’s own son was arrested for violence at a Trump rally.

As a congressional spouse, I am calling on Democratic party leaders – Barack Obama, Hillary Clinton, Bernie Sanders, Chuck Schumer, Nancy Pelosi, and especially Tim Kaine - to spare us the generic statements about “their thoughts and prayers” or the bravery of the Capitol police, who indeed are the true heroes of this story.

Instead, I ask them to lower their own rhetoric and show true leadership by reminding their supporters and #resist activists that their Republican colleagues, including the president, are mothers, fathers, grandmothers and grandfathers of goodwill.

They are public servants and patriots who, like them, want what is best for our county.

The dehumanization of political opponents needs to end now.

We've been hearing a lot these days about threats to our democracy, but there is no threat to our democracy more troubling than this current domestic political trend of intolerance.

Speaker Paul Ryan and former Speaker, Nancy Pelosi, gave beautiful bipartisan floor speeches on Wednesday afternoon, as they should. But let's not move too quickly to the places that make us feel good and safe. Because without action, those words will be as trite as teddy bears at the site of terrorist attacks.

As a political spouse, I believe nothing will change in our political discourse until we speak frankly and honestly about these matters, and right now the intolerance, violence and violent language and images are concentrated and funded primarily by the Left.

In the hours and days ahead, Democrats and their leaders must show a level of introspection that, frankly, has been noticeably lacking in the wake of their November defeat.

A good first step for Democrats in Congress would be to set the tone and stop trying to delegitimize our duly-elected president and viciously insulting his family and supporters.

Democratic leaders ought to be the first to admonish their supporters and friends in Hollywood who use violence and violent images to push their resistance movement. And whether it's on campus or the House and Senate floor, it's time for them to show the tolerance they preach.

Democrats are currently in the minority, but Wednesday’s tragic shooting spree is their opportunity to show they know how to lead.

Rachel Campos-Duffy is a Fox News contributor and a mother of ten. Campos-Duffy is the host of FOX Nation's "Moms," on FNC's on-demand subscription-based streaming service. The program aims to shine a light on family life and motherhood with women from across the country. She is also a recurring guest host on the network's hit shows, "Fox & Friends" and "Outnumbered."