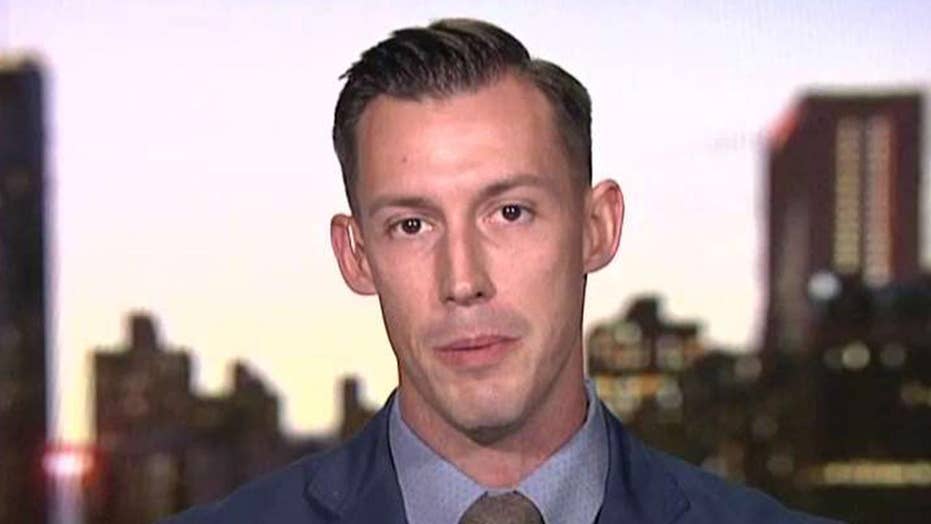 Afghanistan veteran and double amputee Joey Jones has a reality check for those claiming the 2016 election was a 'traumatic experience.'<br>

As someone who had the honor to serve our great nation in the Army for 28 years – including in combat in Afghanistan and elsewhere with heroic soldiers who suffered physical wounds and the invisible wounds of post-traumatic stress – I find the whole premise of this study to be both absurd and insulting.

The study is an insult to every combat veteran, law enforcement officer, or victim of physical or emotional violence – along with their loved ones. It openly mocks those truly confronted with trauma and experiencing post-traumatic stress.

Seeing the candidate you supported lose an election – in this case Hillary Clinton in 2016 – is not a traumatic event. It’s called democracy. For young people accustomed to coddling and participation trophies, not getting your way might seem unfair. But in reality, it’s not. It’s life.

The most interesting aspect of this silly study was that it never even defined what symptoms students experienced to lead to the conclusion that they were suffering from post-traumatic stress (I don’t like calling it a disorder because I believe growth can occur from trauma).

Seeing the candidate you supported lose an election – in this case Hillary Clinton in 2016 – is not a traumatic event. It’s called democracy

If you want to know what real post-traumatic stress is, talk to families who lost a loved one in the Sept. 11 terrorist attacks. Or talk to the surviving spouse of one of our fallen military service members who was killed in combat defending our nation. Or talk to the family members of a fallen law enforcement officer on the home front.

I’ve had the sad and moving experience of talking to these people. To compare their suffering and trauma to that of a college student having a temper tantrum over Trump’s election is like comparing a double amputee to someone with an ingrown toenail.

Let me tell you what it is like to personally experience a traumatic, gut-wrenching loss.

When I was deputy commander of U.S. forces in Afghanistan, one of my company commanders was killed by an improvised explosive device while riding in his Humvee along the Pech River Valley.

Another company commander was cut in half by a suicide bomber in Iraq who killed over 20 American soldiers.

And my command sergeant major and his driver in the Iraqi city of Mosul were fatally shot and dragged through the streets.

These men made the ultimate sacrifice. Patriotism wasn’t just a word for them. It was a way of life – and something worth giving up their lives for.

Their teammates, families and friends who miss these brave Americans daily suffer from the trauma of their absence.

I vividly remember being on one knee, delivering the flag to the next of kin of a soldier killed in combat, or kneeling before a downturned M-4 carbine with boots at the bottom and helmet and dog tags at the top. The loss is palpable today as it was so many years ago.

But we grow from the trauma. We can all marvel at the soldier with a missing leg who serves as inspiration, not a withering crybaby. Or the spouse who stays strong for her family so that she can honor her soldier’s sacrifice.

The Arizona State University study openly mocks those who have survived and experienced true trauma. Every hurt feeling is not trauma, nor does it lead to post-traumatic stress.

The dichotomy here is that the bulk of the U.S. soldiers who have fought in wars for the last 17 years are millennials. So clearly, not all members of this generation are cowering snowflakes who melt when they don’t get their way.

A part of this younger generation has served and sacrificed. They are the ones we should be seeking out and championing in our universities and daily lives. Many of our warfighters and law enforcement personnel enlist, serve and then go to college.

A study I’d like to see? One that identifies the young men and women who made the courageous choice to serve in defense of our nation and then explains why they made that choice.

We don’t need studies of some make-believe snowflake “trauma.”