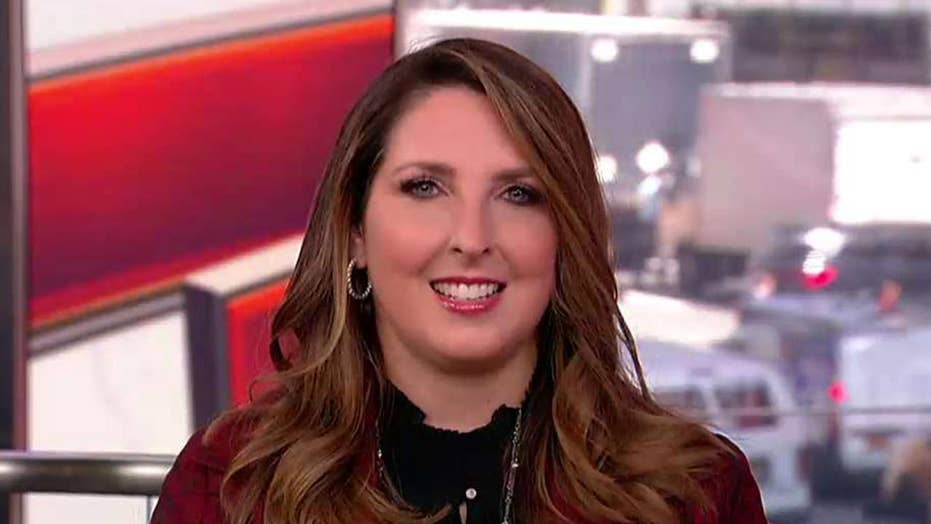 Democrats are so determined to stop President Trump and refute the will of the American people that they are putting democracy at risk, says Ronna McDaniel, chair of the Republican National Committee.

After all of the Democrats’ hype and political grandstanding surrounding the whistleblower complaint about President Trump’s phone call with the president of Ukraine, we are once again left with what we already knew: their calls for impeachment are baseless.

The president beat them at their own game by choosing to be completely transparent with the American people. In releasing the transcript of his phone call with President Volodymyr Zelensky, Trump showed that he had nothing to hide.

Contrary to hysterical media reports, there was no “quid pro quo.” There were no demands for an investigation or pressure whatsoever. And Joe Biden was barely given a mention over the course of 30 minutes. In fact, his name came up just once.

GREGG JARRETT: TRUMP DID NOTHING WRONG – STILL, PELOSI AND HER COLLEAGUES WILL DO ANYTHING TO UNDO 2016

What really debunks the Democrats’ and the media’s narrative is what Trump legitimately asked for: help with the ongoing investigation by the attorney general into the corrupt origins of the Russia investigation and Ukraine’s involvement in it.

Given the Democrats’ obsession with election meddling in 2016, their sudden lack of interest in getting to the bottom of what happened is hypocritical at best. They’ve made it clear that they were never interested in investigating the integrity of our democratic process. They are only interested in baseless investigations of the president.

Two years later, nothing has changed.

As we expected, the Democrats’ baseless claims that Trump enlisted Ukraine in his reelection efforts were proven false. The president only mentioned Biden in passing during the phone call.

Contrary to hysterical media reports, there was no “quid pro quo.” There were no demands for an investigation or pressure whatsoever.

Biden, on the other hand, was caught on tape bragging about threatening to withhold $1 billion in loan guarantees from Ukraine unless it ired the prosecutor tasked with investigating Burisma Holdings, a natural gas company that paid Hunter Biden $50,000 per month as a board member. Talk about “quid pro quo.” Trump merely noted on the matter in his phone call with Zelensky, “It sounds horrible to me.”

The Department of Justice also found there was no merit to an alleged campaign finance violation during the call. This is unsurprising, given the initial complaint that kicked off the latest media anti-Trump spasm came from a whistleblower with “political bias” represented by a Democratic attorney.

Enlisting foreign nationals to do your dirty work is a page right out of the Democrats’ playbook. Just as the Democratic National Committee and Hillary Clinton paid for disinformation on Trump from Russian sources, it was the Democrats who asked Ukraine for help to “sabotage Trump” in 2016.

It is legitimate to want to know exactly how the Russia collusion hoax began, and that is precisely what the president asked for.

Trump has nothing to hide. Do the Democrats?