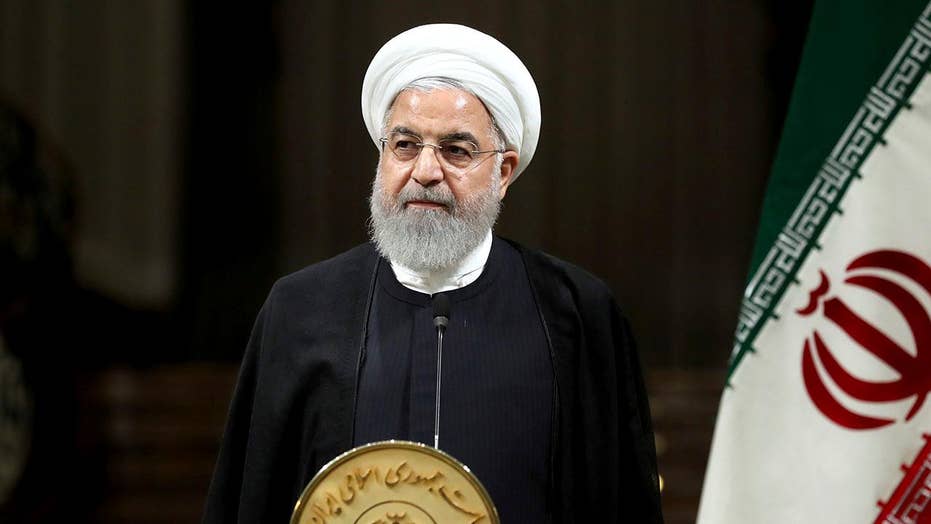 Following the election of Donald Trump in 2016, who dismissed his predecessor’s Iran anti-nuclear deal as weak and shortsighted, the United States and Iran have quickly drifted from the high-water mark of bilateral relations.

Since then, the United States’ withdrawal from the nuclear agreement and reimposition of nuclear sanctions, the naming of Iran’s Revolutionary Guard Corps as a terrorist organization, and Iran's support for destabilizing proxies in the Middle East have ratcheted up tensions between Washington and Tehran to their worst levels since the Tanker War 30 years ago.

Conspicuously missing between the saber-rattling of the Trump administration and the Iranian government is the United States Congress — the body actually empowered to declare war for the United States.

Aside from a general sense of disenchantment from some over the abandonment of the nuclear deal, Congress has largely kept silent or gone along with the Trump administration’s Iran policy, despite the severe criticism of the White House’s overall handling of foreign affairs. The 2015 showdown in the Senate over the nuclear agreement prompted the strongest public debates about presidential treaty powers in decades, yet four years later, Congress is only a minor player in the crisis that is unfolding in the Persian Gulf.

Congress has so far deferred to the executive, failing to exercise its prerogatives on foreign policy. But to function as intended, Congress, not the White House, should lead by representing the will and authority of the American people.

It’s not that there isn’t the political will or power on Capitol Hill to become involved in this — or any other — issue of foreign policy or national security. In recent years a bipartisan group of senators began building a coalition to prohibit the Obama and Trump administrations’ military support of Saudi Arabia in the Yemeni Civil War. This culminated in the first invocation of the War Powers Act since its inception nearly half a century ago and forced the president to use a veto for only the second time during his term in office.

While this effort ultimately failed, it was a reminder of how Congress could insert itself into issues of war-making (as designed) and may serve as a template for how Congress can successfully address the growing concerns with Iran.

In recent months, President Trump sent a carrier battle group and 1,500 troops into the Gulf region in response to unnamed Iranian threats again the U.S. and allies, and Iran has been accused of enabling proxy groups against U.S. interests in Yemen, Iraq, and Syria. The attacks against two oil tankers in the Persian Gulf on June 13 are now taking the region dangerously close to a full conflict as a growing consensus points to Iran as the culprit, a charge that the Iranian government denies.

If this consensus holds in the coming days and weeks, Congress — not the president nor any of his appointees — should be at the forefront of determining how the United States will respond.

Attacking commercial vessels in international waters is a violation of international law and compromises the navigational freedom the U.S. and other countries rely upon for trade and commerce. This is a legitimate concern to the United States, whether coming from state or non-state actors.

The U.S. military has a role to play in defending American security and economic interests in international waters, and our navy has a long history of protecting commercial passage and freedom of navigation. Should the attacks — or potential future attacks — be against U.S.-flagged ships or had U.S. military assets been in place to prevent the attacks, defense against an imminent threat is proper and well within the bounds of our historical and legal precedence.

But when it comes to retaliation or preventive measures, our country is brought closer to a state of war, constitutionally necessitating the involvement and authorization of our legislative branch.

Even so-called "targeted" or "limited" military strikes would lead to retaliation from Iran, more direct or proxy attacks, or restarting its nuclear program. That could escalate into a full-blown war with Iran, a significantly more complicated and difficult engagement than our conflicts in Iraq and Afghanistan — and the U.S. military is still committed to activities in both of those countries as well as the Eastern Pacific and Europe.

Any act of war, no matter how warranted, requires a significant commitment of American personnel, resources, and time. The early leaders of our country understood that it was unhealthy for our republican form of government if one individual or office were solely empowered to make such a commitment, thus they created a separation of powers between the commander-in-chief and the elected officials responsible for declaring war.

Belligerent Iranian activity in the Persian Gulf region was predictable given President Trump’s decision to abandon the nuclear agreement and reapply economic sanctions to strangle Iran’s economy. Congress has so far deferred to the executive, failing to exercise its prerogatives on foreign policy. But to function as intended, Congress, not the White House, should lead by representing the will and authority of the American people.

Robert Moore is a public policy advisor for Defense Priorities, Inc. He worked on Capitol Hill for nearly a decade, focusing on national defense and foreign policy issues. From 2013-17 he was the lead staffer for Sen. Mike Lee, R-Utah, on the Senate Armed Services Committee.