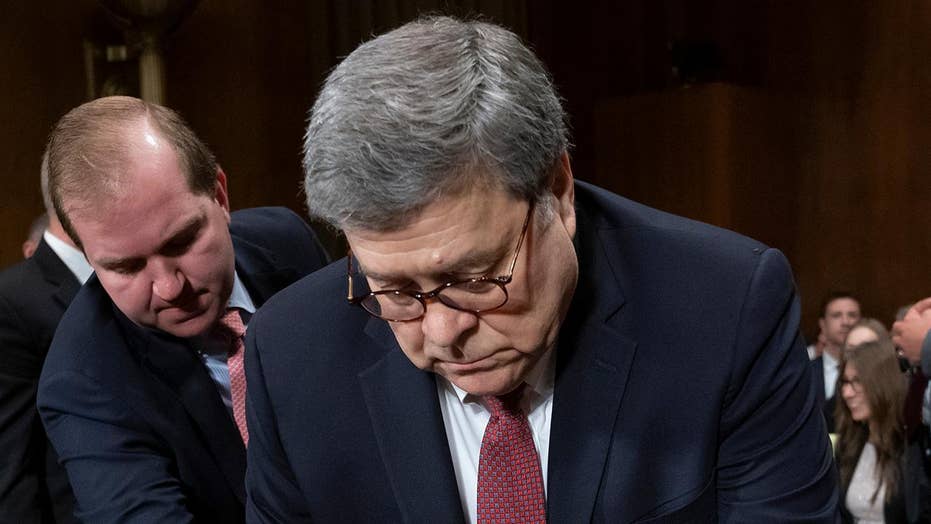 House Judiciary Committee Chairman Jerrold Nadler, D-N.Y, did something Wednesday that Americans have not seen since Sen. Joseph McCarthy, R-Wis., threw democracy aside, running roughshod over rules, fellow members of Congress and due process in the 1950s.

Nadler ignored House rules, dismissed Republican motions and refused 40 attempts to permit committee debate, regular order and amendments so he could get the Democratic majority on the committee to impose the unreasonable requirement that Attorney General Barr be questioned by a Democratic and a Republican attorney when he was scheduled to testify Thursday morning.

Faced with this demand, Barr quite properly canceled plans to testify before the House Judiciary Committee about his handling of the report by Special Counsel Robert Mueller dealing with Russian interference in our 2016 presidential election.

As Americans watched on TV or the Internet, Nadler summarily ignored House rules, written procedures, legal traditions and due process.

In his attempt to force Barr to undergo formal cross-examination by outside counsel – a practice reserved for witnesses of questionable truthfulness or inscrutability – Nadler stiff-armed dozens of Republican attempts to simply offer motions, debate, clarify, amend or adjourn the hearing.

What is the endgame? Destroy this president – even if Congress’s institutional integrity, the integrity of an honorable attorney general, and the integrity of countless others are destroyed in the process.

At one point, instead of recognizing any of 40 or more Republican motions seeking to be heard, Nadler shut Republicans down with a forced vote, then recorded it, pretending Republicans did not exist. Joe McCarthy would feel outdone, but average Americans just felt sick.

Listeners and those watching on television were left agog. Nadler’s performance was a partisan tour de force, which likely earned him Democrat backslaps off-stage, but to average Americans it was simply a disgrace.

In an age of ante-upping and outrage, the chairman’s arrogant, unadulterated embrace of lawlessness takes Congress to a new and darker place.

Nadler abandoned not only established practice, but honest dialogue, civil discourse, and fairness in the committee commissioned to oversee fair administration of our laws.

Judicious, the chairman was not. If Nadler’s spectacle had played out in any town or town hall, school board meeting, parent-teacher assembly, community council, executive or working session anywhere in America, it could have led to fisticuffs and ouster.

In addition to shamelessly shutting off Republicans in hearings, Democrats are blasting out subpoenas and threats of contempt in unprecedented numbers, including a threat of a subpoena and a contempt charge against Barr.

Why? Because Barr stepped up to serve, thoughtfully summarized, redacted and released a report he was not legally required to release, volunteered to testify before members of Congress about it, and then faced a bait-and-switch. Suddenly he was being treated like a criminal or witness of questionable character, subject to interrogation by outside counsel.

When the attorney general of the United States, in his second tour of duty, resisted this House Democratic trick, Nadler pulled the subpoena and contempt threat. Barr then decided not to come to the Thursday hearing.

This is what the U.S. House of Representatives has come to –McCarthy-era tactics, regular abuse of committee process and powers, shutting down fellow representatives, bait-and-switch ploys, subpoenas and contempt threatened daily, issued after witnesses volunteer to testify.

What is the endgame? Destroy this president -- even if Congress’s institutional integrity, the integrity of an honorable attorney general, and the integrity of countless others are destroyed in the process.

Take out anything and everything tied to this president, from high school kids protesting abortion in their MAGA hats to committee Republicans seeking only to be heard on rules of the House. The Democratic message: We control the House. Sit down and shut up.

And that – in a nutshell – is why average Americans are distressed, disgusted, discouraged and disheartened by this House leadership. Chairmen like Nadler are unstoppable, unwilling to be fair, unrepentant and unable to govern.

For five years, as House staff director and counsel to the Oversight Committee’s National Security Subcommittee, I never saw a committee or subcommittee chairman refuse colleagues the chance to be heard – never imagined a chairman shutting down 40 attempts by the minority to speak.

We are now in a different place. Not only did Nadler upend House rules, fairness and history by shutting down his colleagues. He fundamentally embarrassed the chamber.

For those who saw his actions, it was a stark lesson in the corrupting influence of power. It reminded Americans everywhere that arrogance can gut a mandate.

Attorney General Barr composed himself professionally, honorably and collegially before the Senate Wednesday under harsh questioning.

Insulted and accused by Senator Mazie Hirono, D-Hawaii, of having “lied” to Congress, despite his explanation of the facts, he kept his cool. Subject to character attacks and equally baseless accusations by Senator Patrick Leahy, D-Vt., Barr again stayed calm.

Let’s cut to the chase: The attorney general is no shrinking violet. He testified boldly, thoughtfully and thoroughly before the Senate.

Barr is right not to appear before outside counsel at a House Judiciary Committee that played fast and loose with the facts, then bait-and-switch with committee promises, and now threatens him with a subpoena and contempt.

Too bad an attorney general cannot hold a House Judiciary Committee chairman in contempt when the chairman throws fairness to the wind, turns a committee dark with partisanship, ignores due process, and shuts down the committee’s own members.

Those intent on bringing down President Trump should remember: Ends do not justify means in a democracy. Joe McCarthy learned – the hard way. Here we go again. When will the Democratic abuse of power stop?