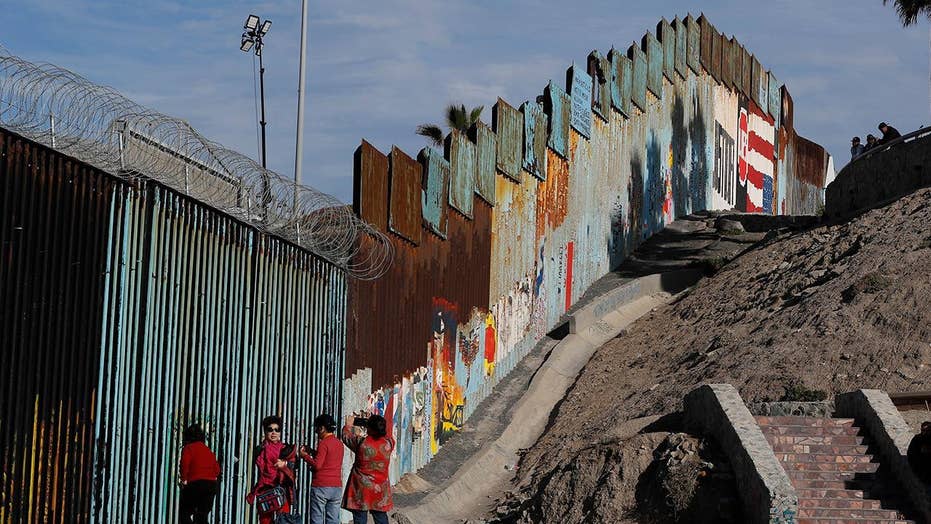 Trump to meet with Dem leaders amid wall funding battle

We make the job of serving in Congress way too complicated. It’s pretty basic. What did we tell the voters we were going to do when they elected us to represent them? That’s what we should do.

Voters elected President Trump to shake up Washington. In his first two years, the president has kept his promises. Now it is Congress’s turn. We have three weeks to help him deliver on his biggest promise: securing the border and building the wall.

The situation at the southern border is critical. The recent caravan was only the first of many. They’re coming because they have a reason.

A series of loopholes in our immigration laws have led to a policy called “catch and release.” When illegal aliens are caught at the border, these loopholes often allow them to enter our nation to wait for an immigration hearing. Sometimes these hearings are years in the future. All too frequently, they don’t even show up.

One example: the law is supposed to allow families with children to be detained together if they’re caught crossing the border illegally. But because of a 1990’s court ruling, the Department of Homeland Security has to release them. From 2016 to early 2018, more than 250,000 illegal aliens detained at the border were released into the United States.

This encourages more people to cross the border illegally. These loopholes and other discussions of amnesty have led to surging apprehensions at the border, with over 50,000 apprehensions in March 2018.

Another example: migrants who show up at the border and claim “credible fear of persecution” are also released. The number of people claiming credible fear has increased from 5,000 in 2009 to 94,000 in 2016. The system is overwhelmed, and it’s getting worse.

Democrats do not want to bring attention to their extremist positions on immigration. They are for open borders and abolishing Immigration and Customs Enforcement.

The border security wall will help fix the issue.  Apprehensions dropped 95 percent in the San Diego sector after the double barrier was put into place. Israel’s border wall cut illegal immigration by 99 percent.

The last legislative opportunity to address these issues is the year-end spending bill.  The fact that it’s a bill that must pass creates the burning platform needed to force Congress to actually act and the leverage we need to get these reforms through the Senate.  The funding bill is the only option.

The House Freedom Caucus will offer two amendments to this bill. First, we need to end the catch and release problem. Second, we need $5 billion in unrestricted funding for the border wall.

Our members will not vote in support of a bill that doesn’t include these provisions.  The president should also use his veto pen to ensure that Congress listens.

This battle won’t be easy. Nothing worth doing ever is. But if we have the political will, we can win. We have the American people on our side.

Democrats do not want to bring attention to their extremist positions on immigration. They are for open borders and abolishing Immigration and Customs Enforcement.

Early in 2018, Senate Minority Leader Chuck Schumer shut down the government because Republicans would not meet his demand for amnesty. The GOP came together and prevailed in the court of public opinion. Schumer caved, and the government was reopened.

Securing the border isn’t going to happen in a Pelosi-run Congress. We still have three weeks.  That’s more than enough time to do what we said.

Republican Mark Meadows is in his third term representing North Carolina’s 11th District in the U.S. House of Representatives. He serves as Chairman of the House Freedom Caucus and on the House Oversight Committee, Foreign Affairs Committee, and Transportation and Infrastructure Committee.

Mark Meadows served as White House chief of staff from 2020-21 during the Trump administration. He represented North Carolina's 11th Congressional District from 2013 to 2020, and chaired the House Freedom Caucus from 2017-19.