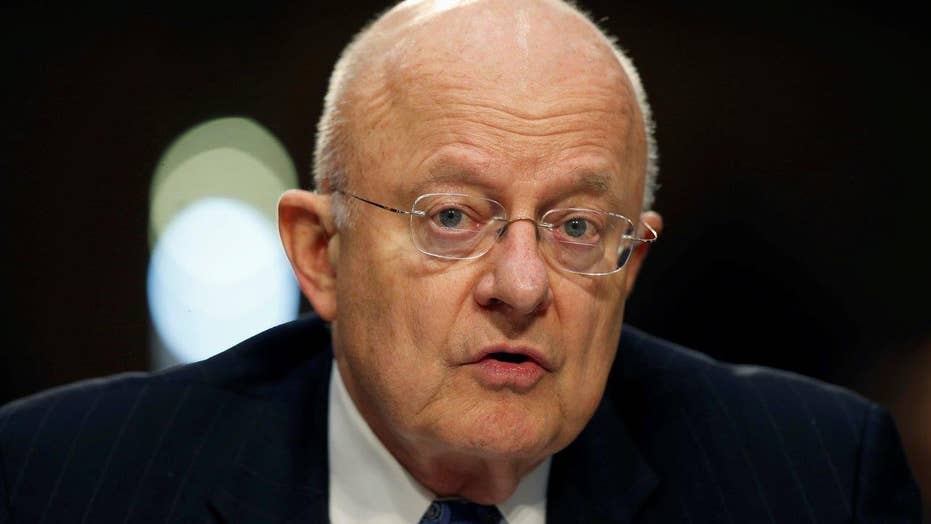 US intel chief warns ISIS cells are spreading in Europe

After the Paris and Brussels attacks, Americans are rightfully worried about ISIS operatives infiltrating the United States to plot attacks. Since 2014, more than 80 ISIS-linked individuals have been arrested in 24 states.

ISIS is remotely recruiting people within our communities—online and across borders—and encouraging them to carry out attacks.  They are also providing “hit lists” of military, law enforcement, and government officials.

It is worth noting how bad the situation has become. The FBI is currently conducting nearly 1,000 homegrown terror investigations in all 50 states, most related to ISIS, and more than 250 Americans have traveled or attempted to travel to fight with extremists in Syria and Iraq.

Most of these individuals were brainwashed in whole or in part by the terror outfit’s online propaganda, and some of them have been in direct communication with the group’s deadliest operatives overseas.

We are in uncharted territory, but this week Congress is continuing to provide U.S. law enforcement with the tools to fight back.

On Tuesday, the House will consider H.R. 4820, the Combating Terrorist Recruitment Act, crafted by a bipartisan group of members.

The bill requires the Secretary of Homeland Security to use the testimonials of former extremists and defectors as part of ongoing efforts to stop terrorist recruitment.  These are individuals who have seen the brutality of terrorist groups firsthand—and have rejected it.

Such testimonials are one of the most effective tools in countering the propaganda of violent extremist groups, and can persuade potential recruits to turn away from terror.

This is an issue where we agree with President Obama.  He noted last year, we “need to lift up the voices of those who know the hypocrisy of groups like ISIL firsthand, including former extremists.”

Indeed, these organizations are soliciting Americans with promises of glory and opportunity.  But defectors have revealed the truth—the only promise they can keep is to spread death and hate.

“It’s not a revolution or jihad,” one explained.  “It’s a slaughter…I was shocked by what I did.”

We need to amplify these messages, whether through non-governmental organizations or in cooperation with our foreign partners.

The bill the House is considering this week will help do exactly that.

Last September, the House Homeland Security Committee released the final report of its bipartisan Task Force on Combating Terrorist and Foreign Fighter Travel, and this bill implements one of the panel’s top recommendations.

The concept was also promoted by the nonpartisan Homeland Security Advisory Council last spring, which urged the Department of Homeland Security “to craft and disseminate counter-narrative efforts” based on the testimonials of former extremists.

Not only has the president called for this kind of counter-messaging, but our foreign partners are already doing it abroad.  They have found that amplifying credible voices is one of the most effective ways to stop terrorist recruitment.

Importantly, this bill is not limited to specific groups, and it gives our counterterrorism professionals the flexibility needed to fight back against extremists as the threat environment—and terrorist tactics—change.

It also requires DHS to coordinate these efforts with other agencies, nongovernmental organizations, and foreign partners so that we do this the right way, finding the best outlets for undermining terrorist propaganda.

Just last month, we were reminded how important this legislation is.

A 26-year old Virginia man who defected from ISIS was picked up by Kurdish forces in Iraq.  The young American fighter said joining the group was a mistake: “I found it very, very hard to live there…[ISIS fighters] don’t represent the religion…I don’t see them as good Muslims.”

Those words could stop others in our hometowns from making a terrible mistake and are the kind of messages we must spread to keep young Americans from being convinced to kill.

We need to get in the online fight. Time is not on our side.

Republican Will Hurd represents Texas' 23rd congressional district in the U.S. House of Representatives. He serves on the House Homeland Security Committee.