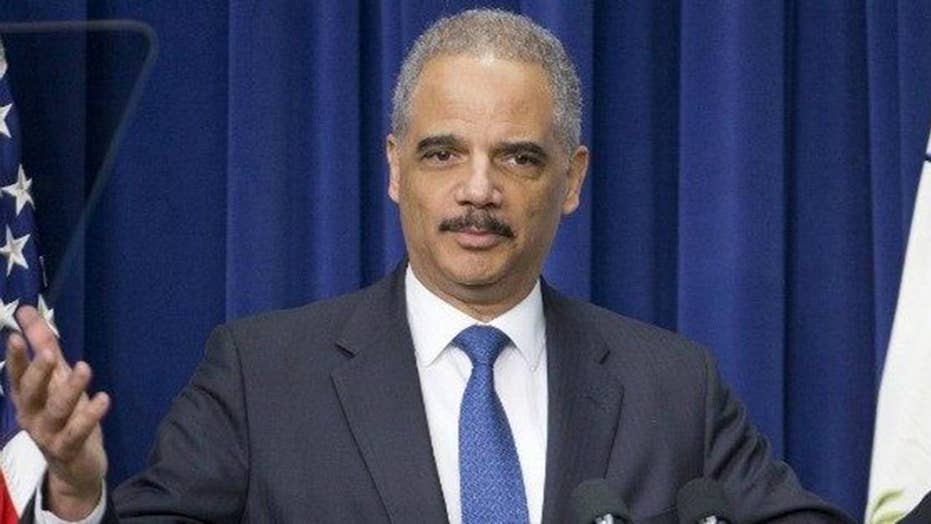 This summer, California Democrat Rep. Maxine Waters called on her supporters to harass cabinet officials. Former Secretary of State Hillary Clinton said Tuesday that you “cannot be civil” with members of the Republican Party. And Wednesday, videotape was released of former Attorney General Eric Holder telling a Democratic audience at a campaign rally in Georgia on Sunday that they should “kick” Republicans when they perceive them as “going low.”

Despite the continued reports of politically motivated threats or violence, Democratic Party leaders have worked to keep this anger burning and incite even more harassment and violence.

Beginning with my own near-death experience at the hands of a deranged shooter who sought to assassinate a baseball field of Republicans, there is a growing list of violent or threatening actions taken against conservatives by Democrats.

And this list goes on. The threats and the violence have not let up and instead of seeing my Democrat colleagues calling for an end, there have been calls for their supporters to keep going, to do even more to threaten Republicans.

In America, we win battles at the ballot box, not through mob rule or intimidation.

As a survivor of a politically motivated attack, it is tragic to think this is an acceptable state of political discourse in our country. I refuse to stand for this and I will continue to call for an end to it. A healthy, strong democracy is not possible if anyone lives in fear of expressing their views.

If this is going to stop, it must start with Democratic leaders, who need to condemn, rather than promote these dangerous calls to action.

In America, we win battles at the ballot box, not through mob rule or intimidation. While it’s clear many Democrats refuse to accept the election of President Trump, if they want change, they need to convince people with their ideas and actually win elections, rather than call for violent resistance, harassment, and mob rule.

As I see, working in Congress every day, it’s possible to agree without being disagreeable and address political differences in a civil manner. That’s an example leaders need to continue to set.

Instead, when Democratic leaders like Eric Holder call for violence, that is a direct threat to our democracy.

I hope he and others think long and hard about the world they are creating and the impact they are leaving on this country.

As the oldest democracy, our country has long been heralded as the freest country in the world. It doesn’t feel so free if anyone lives in fear for holding or expressing a differing opinion.

Let’s end this violence and return to civility before someone else gets hurt.

Steve Scalise represents Louisiana's first Congressional district and serves as the Republican majority whip. On June 14, 2017, he was shot by a deranged Bernie Sanders supporter while practicing with fellow Republicans for a Congressional baseball game. He nearly died, and underwent multiple surgeries before returning to the House on Sept. 28, 2017, to bipartisan applause.