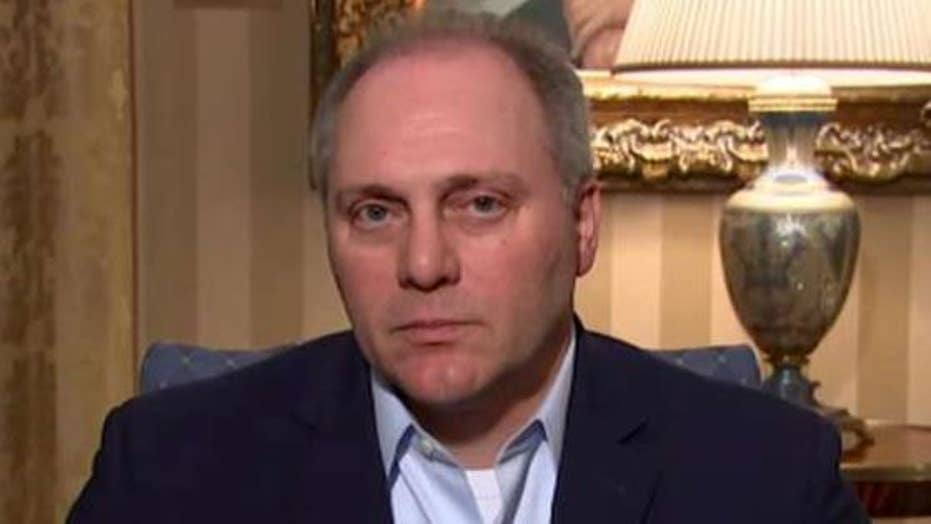 Evil acts have come to dominate our headlines recently – the latest example being the attempted bombing attacks reported Wednesday against President and Mrs. Obama, President and Secretary Clinton, CNN and others.

Thankfully, no one was hurt. I have great confidence in the ability of our law enforcement officers to bring those responsible to justice. But there are others out there who may feel inspired to commit similar acts.

In America, we pride ourselves on our love of country and our respect for one another. When it matters most, we’ve always been able to put aside our differences to defend our patriotic ideals and help our neighbors in need. Now we are at one of those rare inflection points when we need to inject that civic-minded spirit that unites us all.

America is better than these acts of threats, intimidation and violence against people based on their political beliefs. We are better than this, and we will move beyond this.

I was blessed to experience the best of America after surviving a politically motivated assassination attempt while practicing for the Congressional Baseball Game last year.

While I pray no one else suffers a similar attack, the outpouring of love, kindness, and prayers – from folks of all backgrounds and political beliefs – was a blessing from God. It played an important role in lifting me up during some of the darkest days so I could recover from my injuries and ultimately return to work in the people’s House.

There could have been no greater contrast with the evil act of one man than the prayers and support of millions of warmhearted people who love our country and reached out to a stranger in my time of need. It is our national motto, e pluribus unum, the good will and kindness of the many coming together for one common cause that defines our nation, not the evil acts of a few.

To repeat what I’ve been compelled to say far too often, violence and terror have no place in our politics or anywhere else in our society. Having experienced the effects of political violence firsthand, I am committed to speaking out against it every time it rears its ugly head.

While we have yet to learn all the facts behind the attempted mail-bombings reported Wednesday, I fear the disturbing frequency of politically motivated threats and violence is a sign that too many Americans are becoming isolated and obsessed by what divides us, putting political disagreements front and center in how we relate to one another.

Not only is this is a toxic, dangerous way of viewing the world, it is counterproductive to the free exchange of ideas and perspectives that is so vital to the health of this great representative democracy.

If we are to stem the tide of violence and violent rhetoric, then it is crucial we all do our part to break down the divisions in our country and reach out to those with different beliefs than our own.

America is better than these acts of threats, intimidation and violence against people based on their political beliefs. We are better than this, and we will move beyond this. But now is a time to confront these divisions and remember that what makes America great is that we celebrate our differences, and ultimately we settle them at the ballot box.

Legend has it that as the Constitutional Convention of 1787 was concluding, someone asked Benjamin Franklin: “What have we got, a republic or a monarchy?’”

“A republic,” Franklin replied, “if you can keep it.”

This is our moment to answer that vital question again, 231 years later.