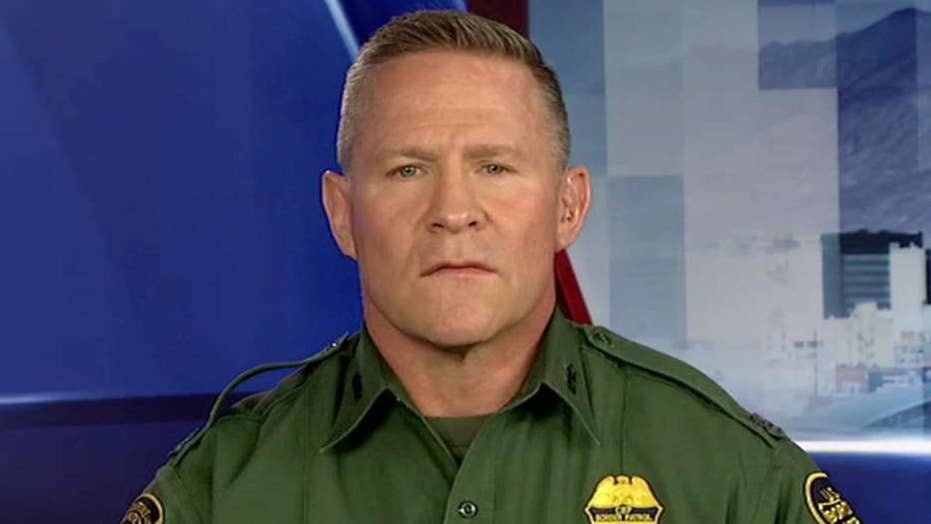 Border Patrol chief denies claims of mistreatment of migrants: It's not a secret how we're caring for people

After my trip last week to the southern border, my conviction is stronger than ever that President Trump is right: we have to build the wall.

We have to turn off the magnets that attract that promote, encourage and allow migrants to enter our country under false pretenses.

I was at the border a year ago, and it was a crisis then. Last week I joined six other physicians in Congress and found today’s crisis to be so much worse. Despite Herculean efforts by our Border Patrol officers, we are unable to keep up with the deluge of migrants. Our systems are simply overwhelmed, and there appears to be no break in the near future.

Midmorning on the day of our trip, our group of congressmen headed down to the Rio Grande, the river that is our border between Texas and Mexico. There, the Border Patrol had a makeshift station with one officer.

Upon our arrival, the officer was just finishing up processing some 40 migrants who were then placed on a bus and sent to the main processing facility, where they get a compete health assessment, showers, food water, toiletries, etc.

We had not been at this makeshift station for 10 minutes before three families showed up and turned themselves in. This was my first surprise. The Border Patrol was not hunting down illegal immigrants. These families were turning themselves in.

Roger Marshall meeting with officials at the border

One family unit especially tugged on my heart as an OB/GYN. A young lady who was 27 weeks pregnant traveled with her 4-year-old daughter some 30 days on foot from Honduras. She was dehydrated, overheated, malnourished, and had not slept much during these 30 days of hell.

As a physician, my heart immediately went out to her. We gave her water and a seat to rest on. She and the others were all soon placed on the bus, and within a half-hour, eight more families had turned themselves in and were taken to the main processing facility.

My second surprise came when I realized that each family had been coached on what to say to apply for asylum, and where to find the Border Patrol. I came to realize that almost every person or family that comes across the border comes with a cartel. Not as a member, but families pay $4,000 for passage across Mexico and the Rio Grande. Often, this comes with the threat of rape, dismemberment and death.

The same cartels that smuggle drugs are now completely running this human trafficking operation, and this has become more lucrative than their drug trafficking. It is estimated the cartel is making tens of millions of dollars per week from this business. Individuals are charged $7,000 each, as they are harder to get across the border than families because of our asylum laws.

My third surprise was that only about 30 percent of those claiming to be families were actually true legal parents of the child they brought, based on rapid DNA tests.

The conditions were more crowded than anyone would want. We visited their “sick bay” where hundreds were housed who had contagious illnesses, including influenza, measles, and mumps. These patients were all well-cared for by professional medical staff.

But the biggest medical challenges were from the dehydration, the poor nutrition, being overheated, and other ailments from the difficult journey. Due to this, the patients’ own immune systems could not adequately fight the common viruses and infections.

As a physician, I have to stop and add that the biggest cause of death was at the hands of the cartels, as many people die in the back of car trunks, overheated railroad cars, or while trying to escape and getting in bad accidents. Over and over, we heard of horror stories of people dying because of the cruelty and stupidity of the cartels, and how they treated the migrants worse than animals.

So my conclusion is that until we build a wall, and until we turn off the laws that only serve as magnets, all the money in the world will not have a huge humanitarian impact. We can build more shelters, we can send more doctors and nurses, more food and water, but proportionately more people will die trying to get to this country.

We have to turn off the faucet. Until then, the cartels will keep trafficking and profiting. These laws may come from a place of compassion, and as a Christian and a physician, I understand. But these false promises are only subjecting more and more people to danger, illness, injury and death. It’s not humane, and it’s not just.

Finally, I have to salute the efforts of our men and women on the border. Every day, they perform rescue missions, commonly saving people from drowning in the river, and rescuing migrants who have sustained traumas and injury. They spend 60 percent of their time as nurses and social workers, medics and pastors.

So yes, Mr. President. You are right. Let’s build the wall and fix our immigration system.