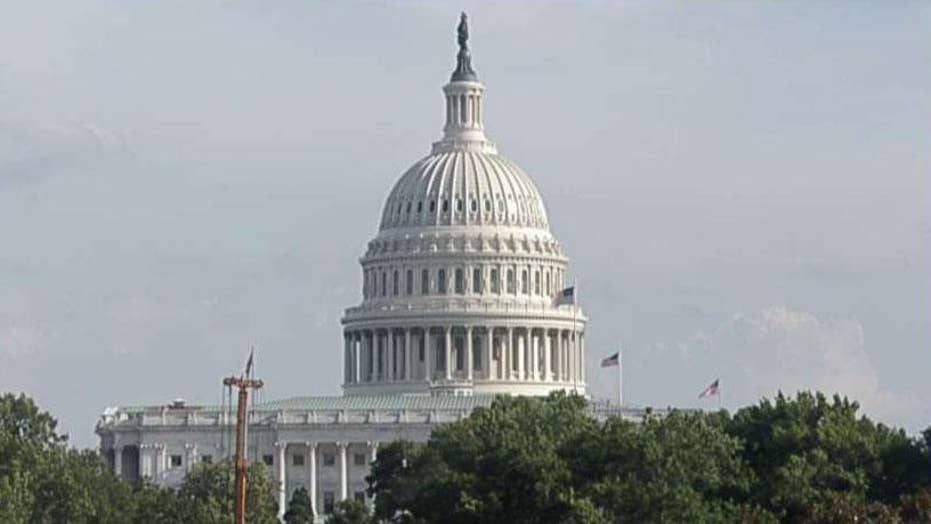 President Trump ups the pressure on Congress to pass an emergency funding bill to stem the humanitarian crisis at the border; chief congressional correspondent Mike Emanuel reports from Capitol Hill.

Our immigration system is in desperate need of reform. As a Congressman from Texas, the most recent House Homeland Security Committee Chairman, and former a federal prosecutor, I have seen firsthand, after many visits to the southern border, how dire the situation has become.

In May, Customs and Border Patrol (CBP) apprehended nearly 150,000 individuals attempting to cross our southern border illegally. The Secretaries of the Department of Health and Human Services (HHS) and the Department of Homeland Security (DHS) have pleaded with Congress to act.

Republicans have put forth legislative solutions to alleviate this humanitarian crisis. Yet, Democrats continue to block solutions at every turn. If Democrats truly wanted to help vulnerable populations, they would not have waited until this week – when the crisis is at a breaking point – to act.

Republicans have been trying to address issues along our southern border, long before this current migration crisis. During the last Congress, I introduced the Securing America's Future Act with Congressman Bob Goodlatte, R-Va., It would have provided a solution for DACA recipients and $25 billion for border security, while also addressing our outdated asylum laws by closing the legal loopholes which have unfortunately functioned as a magnet to drug cartels and human traffickers. This bill offered real solutions but was voted down by every single Democrat.

This Congress, as the crisis has materialized, House Republicans put forth the Border Crisis Supplemental Appropriations Act. This bill is a common-sense solution that would provide $3.3 billion in assistance to include shelter capacity for unaccompanied children, $1.1 billion in resources to combat human smuggling and trafficking, and $178 million to ensure adequate pay for our law enforcement officers on the front lines of this crisis. Yet, Democrats have rejected it 18 separate times from coming to the floor for a vote.

Last week, my colleagues in the Senate offered a bipartisan bill that passed the Senate Appropriations Committee 30-1 that would have immediately provided humanitarian aid for children and families.

Instead, the House Majority ignored a strong bipartisan product and chose to appease the radical left with a bill that doesn’t address the crisis, but rather impedes the legislative process.

Once again, the Democratic majority is playing politics with people’s lives, while the crisis at our southern border worsens by the minute.

At this rate, we are on track to potentially hit 1,000,000 apprehensions at the border this year. With these record numbers, those who truly need assistance will be forced to wait years for a court date, while others are gaming the system, using children as their free ticket into our country.

While Democrats have been stonewalling Republican funding efforts, CBP has seen their average daily number of unaccompanied children climb from 870 children on May 1, to more than 2,300 children in recent days. These children are then supposed to be turned over to HHS, so they can receive the attention they need while in the care of the federal government. However, HHS has a fraction of the necessary bed space to care for these children, forcing them to wait in CBP facilities that were not intended to care for children.

CBP is tasked with ensuring the United States can facilitate lawful trade and travel, but because of the overwhelming influx of migrants, they are often unable to perform these duties. We simply do not have the capacity, personnel, or resources to handle the number of migrants arriving at our southern border. According to DHS, Border Patrol agents currently spend more than 50 percent of their time caring for families and children and provide an average of 70 hospital trips every day for urgent care.

As we continue to see an unprecedented number of children arriving at our border, our federal programs are hemorrhaging money to provide humanitarian care to these children. If we do not act immediately, we will run out of the necessary funding in the coming weeks.

Our federal departments, void of an emergency appropriation from Congress, will be required by law to halt these programs. Essentially, the departments will operate these programs as if there has been a government shutdown: providing only essential services to protect life and safety.

The United States is a beacon of hope and a land of opportunity especially for those who are fleeing dangerous scenarios in their home countries to seek legitimate asylum. That is why I support immediate humanitarian assistance.

Soon, members on both sides of the aisle will have to finally do their jobs – secure our borders, fix our broken immigration laws, and lead with true compassion while honoring the rule of law.