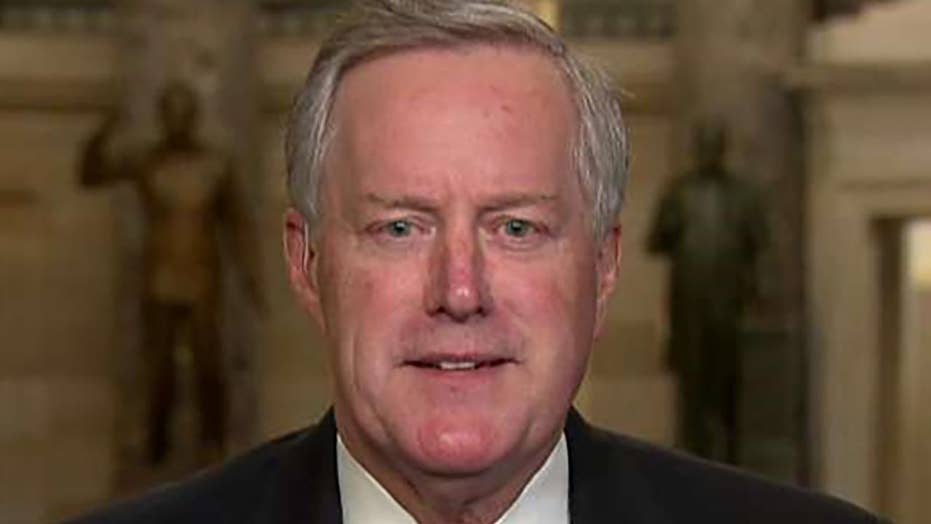 House Republican tells President Trump that now is the time to fight for spending for the border wall.

Those laws are like the people who made them: imperfect and conflicted. But even so, those laws are ours – they are legitimate, and they are the foundation of our country. Our immigration laws are part of that tradition.

Make no mistake, those laws are in crisis. Activist court rulings, a broken infrastructure, and widening loopholes, have thrown our immigration system into an unmistakable chaos. The migrant caravan we saw before the election will be only the beginning if the problem is not fixed.

My colleagues and friends in the Freedom Caucus believe something very simple: Our country deserves a secure border and immigration laws that put the safety, security and prosperity of Americans first. That’s what the president believes and that’s what the American people elected him for. It’s what they invested their faith and trust in this Congress for. They deserve and demand our full, unrelenting efforts to get it done.

That is where this funding bill – the last legislative train leaving the station this year – comes in. The Freedom Caucus put forward an amendment to the bill that would do two things to protect the rights of Americans: close the catch and release loopholes, and provide $5 billion in funding for the border wall.

Our proposal is a comprehensive fix to the immense backlog of asylum cases and increased illegal border crossings. We fix the mistake in the law that allows illegal aliens to be smuggled to the U.S. and turned over to guardians present in the country illegally. We get rid of the Flores Settlement – an agreement forced on the country by a district court in California, that requires the Department of Homeland Security to release detained illegal aliens after 20 days. We hire more immigration judges to process claims quickly and fairly.

Last, but not least, we build the wall. We give the president the money he needs to secure the border, along with all the legal authority needed to get it done.

Mr. President, if Congress fails to do its job and you veto this bill, the Freedom Caucus will be with you. More importantly, the forgotten men and women of America, who voted for a secure border, will be with you.

Unfortunately, Congress has far too often proven its inability to deliver. At this point, it is possible, if not likely, that Congress will pass a continuing resolution (CR) to February 8, 2019 with no asylum fixes or funding for the wall. Such a move would be unacceptable.

If Congress chooses to fold and pass a status quo spending bill with at least no border wall, there’s one person who can stop it: the president of the United States. If Congress attempts to box-in President Trump by sending him a clean CR without wall funding, he should veto it. Such a move would present an opportunity for President Trump to send a clear, resounding message to Congress: “You may be willing to fold on your promises without a fight. I am not.”

Mr. President, if Congress fails to do its job and you veto this bill, the Freedom Caucus will be with you. More importantly, the forgotten men and women of America, who voted for a secure border, will be with you.

We in Congress still have time to do our jobs. The sun has not yet set on our majority. There is time to keep our promise.

Legislative opportunities are rare, and this could be the last shot at this for a generation. The idea that we will have a better chance of truly securing our border in February under Democratic Speaker Nancy Pelosi is not only naïve – it is foolish.

Let’s vote to fund the wall. Let’s vote to close the loopholes. Let’s seize the opportunity to show Americans the sincerity of our principles and our willingness to work for them.

Let’s stand up and fight. It’s now or never.