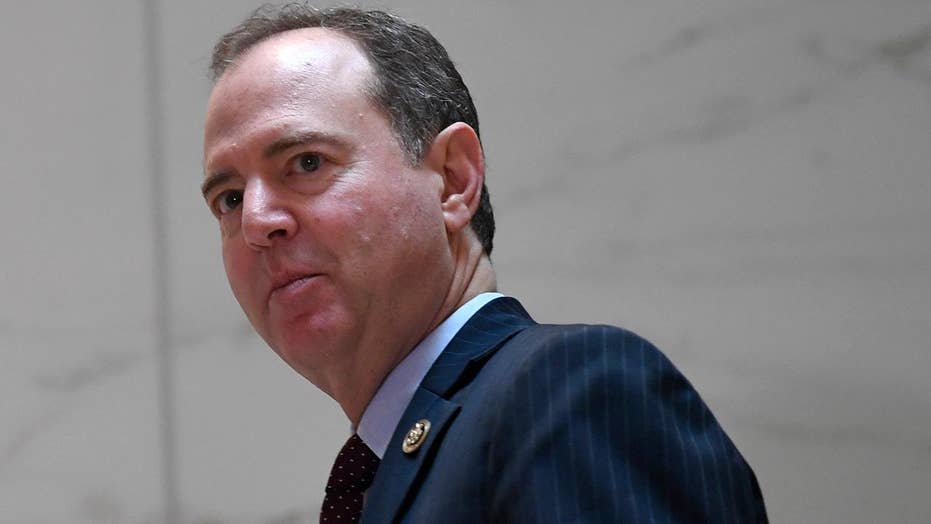 Should Rep. Adam Schiff be removed from the impeachment inquiry?

Until recently, the House Intelligence Committee occupied a unique space in Congress by avoiding partisanship and open acrimony. Members selected to sit on the committee were given the trust of overseeing our most secretive programs, access to the most classified information, and the responsibility of ensuring this information does not fall into the wrong hands.

The selection process for membership and the committee rules are also unique. The speaker of the House and the minority leader personally interview and select members. The committee meets behind closed doors and its deliberations are rarely discussed in public.

The Intelligence Committee is the last committee that should conduct an impeachment proceeding. Impeachment should be based on a fair process. Fairness requires open proceedings so that the public can evaluate the demeanor and credibility of each witness.

Using secretive proceedings to investigate the president invites distrust that will further divide our country.

House Speaker Nancy Pelosi, D-Calif., has weaponized the Intelligence Committee. In the process, she has ruined the last vestige of bipartisan cooperation on Capitol Hill. Committee Chairman Adam Schiff, D-Calif., is the least likely member to lead a credible investigation. He has consistently exploited the trust of his position for partisan purposes.

Schiff said this year that “there’s clear evidence on the issue of collusion” between the Trump election campaign and Russia in the 2016 presidential election. Last year, Schiff said President Trump “may be the first president in quite some time to face the real prospect of jail time.”

Of course, the American people now know that Special Counsel Robert Mueller's investigation concluded there was no collusion between Trump or his campaign and Russia.

Shortly after the existence of an intelligence whistleblower complaint that raised concerns about a phone call between President Trump and the president of Ukraine became public, Schiff stated that neither he nor his staff had contact with the whistleblower prior to the filing of the complaint.

Schiff is now engaged in impeachment hearings, questioning witnesses behind closed doors. In a total lack of transparency – and contrary to every prior instance involving presidential impeachment – this process is occurring outside of the full view of the American people.

Democrats are selectively disseminating information from these closed-door proceedings to unfairly characterize President Trump’s actions. This is occurring before witness transcripts can be released to the public to put these statements in proper context.

The Intelligence Committee’s special status in Congress enabling it to operate outside of public scrutiny was never meant to be used to manipulate public opinion.

The American people deserve better. If Democrats want to engage in a legitimate impeachment inquiry, the House should follow precedent and immediately hold a vote to authorize an inquiry.

The investigation should allow the president’s counsel to assert relevant privileges, encourage the minority to call witnesses, and protect due process by being fully transparent and open to the public.

Anything less will prove the partisan nature of this impeachment and will do great damage to the integrity of the Intelligence Committee and America’s long-term national security interests.