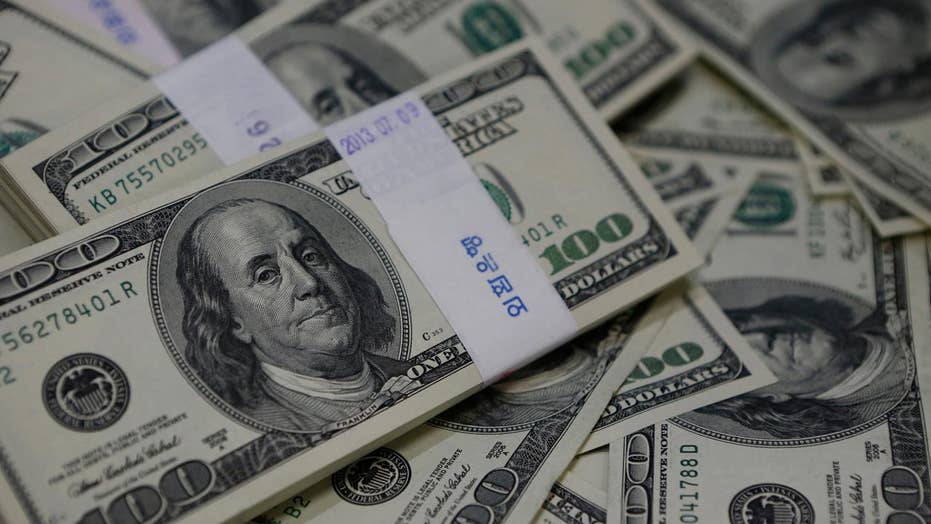 National debt is a major threat to our economic prosperity: David McIntosh

Nearly eight years ago, former Chairman of the Joint Chiefs of Staff Michael Mullen characterized America’s national debt as “the single, biggest threat to our national security.” Since then, the federal government has borrowed an additional $7 trillion.

Yet, despite these headwinds, the U.S. economy is booming, growing at 3.2 percent during just the first quarter of 2019 and providing Congress with a golden opportunity to seriously address our budget woes.

Unfortunately, the Democratic Party is unable and unwilling to confront this challenge. They have refused to present a budget resolution because the far-left faction of their party is demanding massive spending increases for programs like the radical Green New Deal and “Medicare for All.”

Democrats have been derelict in their duty to the American people, and this is more than a stunning lack of leadership. It is dangerous.

The Democratic Party’s agenda would lead us down the same path that has ended in ruin for so many other countries, most recently in Greece, Spain and Venezuela. Socialist regimes always result in debt, unemployment and human misery.

In contrast, the Republican Study Committee (RSC), the largest caucus of conservatives in Congress, is fully prepared to provide the bold leadership necessary to ensure American prosperity for generations to come. All of our more than 140 members recognize that our nation has a spending problem, rather than a revenue problem. Indeed, federal tax collections are currently at record highs.

This year, the RSC Budget and Spending Task Force has proposed a budget for our nation entitled “Preserving American Freedom,” because it proposes responsible policies and reforms that will ensure our nation avoids the trap of despotism. Our budget boldly confronts the drivers of our unsustainable debt, while limiting government and ensuring a strong national defense.

Any serious budget proposal must tackle mandatory spending, which accounts for two-thirds of the federal budget. Without reforms, the Medicare and Social Security trust funds will soon be depleted and force a combination of draconian tax increases on working Americans and severe cuts to benefits for our seniors. Currently, Medicaid is growing at an unsustainable rate due to ObamaCare policies. Without intervention, states will drown in red ink and be forced to reduce access to care.

This year, the RSC Budget and Spending Task Force has proposed a budget for our nation entitled “Preserving American Freedom,” because it proposes responsible policies and reforms that will ensure our nation avoids the trap of despotism. Our budget boldly confronts the drivers of our unsustainable debt, while limiting government and ensuring a strong national defense.

The RSC Budget makes Medicare and Social Security permanently solvent by providing more choices and making common sense adjustments to modernize both programs. Medicare beneficiaries would have the option of a premium support plan or a traditional fee-for-service model. Under this budget, the Social Security benefit formula would be modernized to provide more support for our most vulnerable, and the Medicaid program would be saved by providing states unprecedented flexibility to ensure quality care for their citizens through more choices and lower costs.

This RSC Budget properly prioritizes the federal government’s responsibility to provide for the common defense. It boldly matches President Trump’s budget proposal, with $745 billion in defense funding in FY2020 and an increase to $817 billion by FY2029.

It provides full funding for a wall to protect our Southern border, and most importantly, it breaks the firewall between non-defense and defense discretionary spending.

Several other important reforms are included in this budget resolution. Work requirements in welfare programs are strengthened to help individuals move from welfare and into employment. Wasteful and duplicative programs are eliminated, while taxes are cut for hardworking Americans. ObamaCare is fully repealed, and states are given unprecedented freedom to design health care programs that are best for their citizens. It provides greater congressional oversight on the regulatory state and protects conservative values. All in all, this budget cuts $12.6 trillion in federal spending and comes to balance in 2025.

Every conscientious citizen of this country recognizes that our national debt is a crisis that poses an imminent threat to the future of our country and threatens the safety and security of our children and grandchildren.

We need serious proposals to solve it, and Democrats are clearly not up to the task.

As the U.S. economy continues to boom thanks to conservative, pro-growth policies, it’s well past time to leverage our success and tackle our deadly debt. The RSC Budget presents a plan to accomplish this mission and to set us on a path to a brighter, more prosperous future for all Americans.