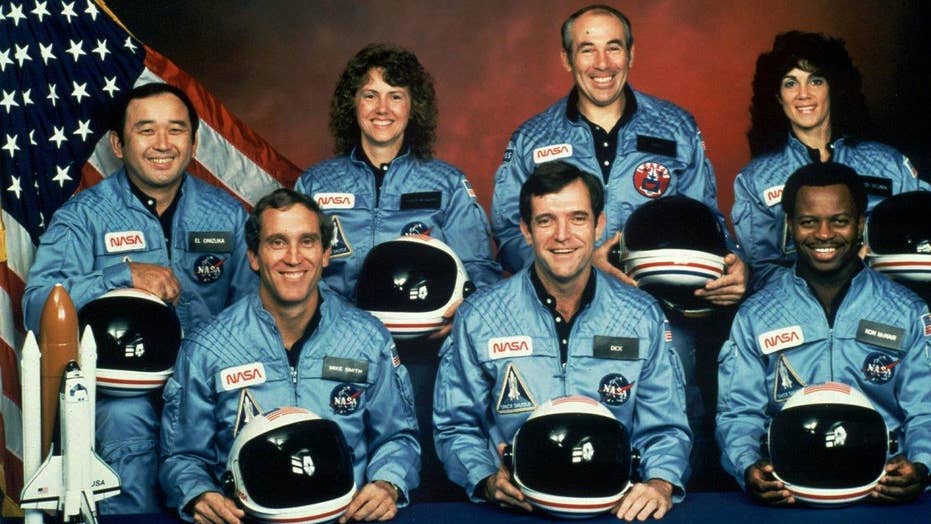 It was 33 years ago this coming Monday that NASA’s space shuttle Challenger, carrying Christa McAuliffe, the nation’s first teacher-turned-astronaut, along with six other crew members, exploded just 73 seconds after liftoff.

But until now, nobody’s ever talked about a special prayer that was offered inside McAuliffe’s public school – a prayer that helped provide ballast to a bewildered and grieving faculty.

Against the backdrop of a brilliant blue sky on an unseasonably cold and icy Florida morning, the 25th shuttle mission had already endured three delays before finally launching at 11:38 A.M. on January 28, 1986. With millions of teachers and schoolchildren watching in classrooms all across America, the aircraft disintegrated into a spectacular high altitude ball of fire and smoke.

Chosen from over 11,000 applicants, McAuliffe wasn’t selected because she was the brightest (she was ranked 75th out of 181 students in her high school graduating class) or the brawniest (she was 5’5” and 130 pounds). Instead, NASA officials cited the recommendation of a former teacher, who declared that the Massachusetts native was “tops in emotional stability and seriousness of purpose.”

Dennis McAfee was one of Christa’s colleagues at New Hampshire’s Concord High School.  A gifted auto mechanics teacher with a similar schedule, the two often ate lunch together in the faculty lounge. He remembers the morning she arrived with hope in her voice and the NASA application in her hand.

“She seemed to have everything,” he said. “She had married her high school sweetheart, had two young kids, was a great teacher – was smart, a hard worker, witty, good humored and the kids loved her. I’m sure NASA picked her because they knew the rest of the country would love her, too.”

Jan. 28, 1986: The space shuttle Challenger explodes shortly after lifting off from the Kennedy Space Center in Cape Canaveral, Fla. (AP)

Gathered with students inside Concord High School’s library to watch the launch on a recently donated television, McAfee recalls how fast the festive and highly anticipated morning suddenly turned dark and chaotic.

“Shortly after the explosion, we began hearing a news helicopter overhead. Reporters were crawling all over outside, too. Classes were cancelled. Some of the kids talked to the press, but most were just too upset.”

With the students gone, Concord’s principal Charles Foley convened the faculty together inside the auditorium to discuss the way forward, including a plan to bring in grief counselors to help everyone process the tragedy.

At the conclusion of the briefing, with many on staff still dazed and overwhelmed by what they had all just witnessed, an arm went up in the crowd. It was the hand of Nick Houston, a building and trade teacher.

“I know everybody processes grief differently,” he said. “But the only way I know how to do it is to pray. So, this is only voluntary, but I would like us to pray for the families and for everyone who is hurting.”

Every head bowed and a hush fell over the assembled as Nick proceeded to pray a simple but sincere word of petition. It was a sacred moment, a unifying action that pulled everyone together in their grief and sent them out into the cold New Hampshire afternoon with a spirit of quiet hope after a miserable and tragic morning.

Both Foley and Houston are gone now, their legacies left to the memories of Concord High School’s alumni. I spoke with Barbara Houston last week, Nick’s widow and wife of 63 years. She’s 82 now, misses her beloved husband something terrible, but is relieved that he’s now whole and restored and walking on streets of gold.

I asked her about his special prayer on that tragic day, and she broke down in tears. “I never knew that story,” she said, “but that’s the kind of thing Nick did all the time. He just didn’t talk about himself. He preferred talking about the Lord.”

It’s been three plus-decades since a quiet shop teacher offered a bold prayer in the midst of a shocked and rattled school faculty. After I told her about the content of her late husband’s prayer, Houston’s widow pointed out that much, if not all of it, was answered, as the survivors of the lost were loved and cared for over the years and the country’s space program regrouped, recalibrated and eventually relaunched its missions to outer space.

This is the mystery and power of prayer. We so often ask for so many things – health, wealth, wisdom and happiness, to name just a few common prayer request topics. We’re always looking forward at what’s needed, but how often do we look back at what has been received?

It was the late Apple founder Steve Jobs who once famously observed, “You can’t connect the dots looking forward; you can only connect them looking backward.”

So it goes with our prayers, including the spiritual petitions offered 33 years ago upon the loss of the seven American heroes of the space shuttle Challenger disaster.